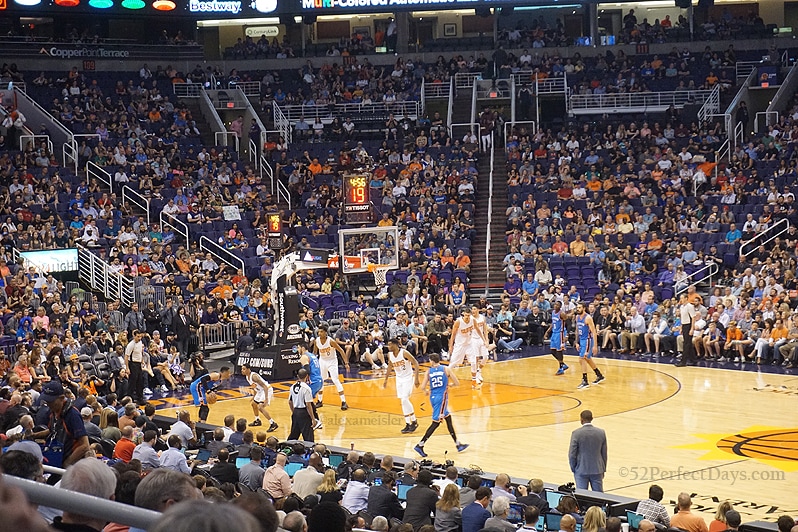 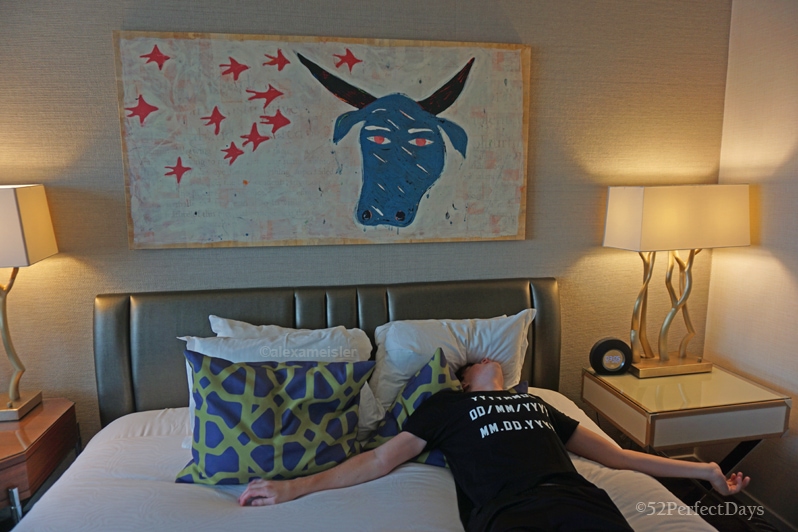 The hotel was located right across the street from Talking Stick Resort Arena, which is where the Phoenix Suns play. When we checked into our room, I opened the curtains and our view was Talking Stick Arena. 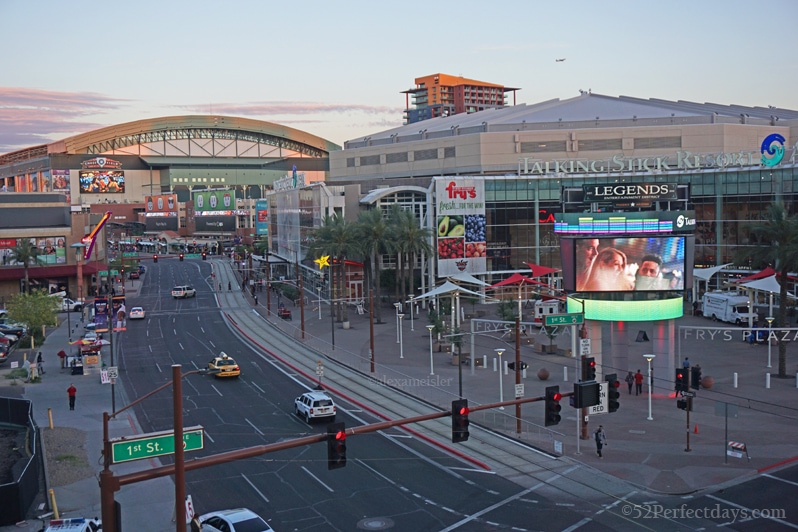 A couple of the players even gave me a high five.

Devin Booker is a Shooting Guard for the Phoenix Suns. He earned All-Rookie First Team honors after averaging 13.8 points per game and also became the sixth player in NBA history to score 1,000 points as a teenager. 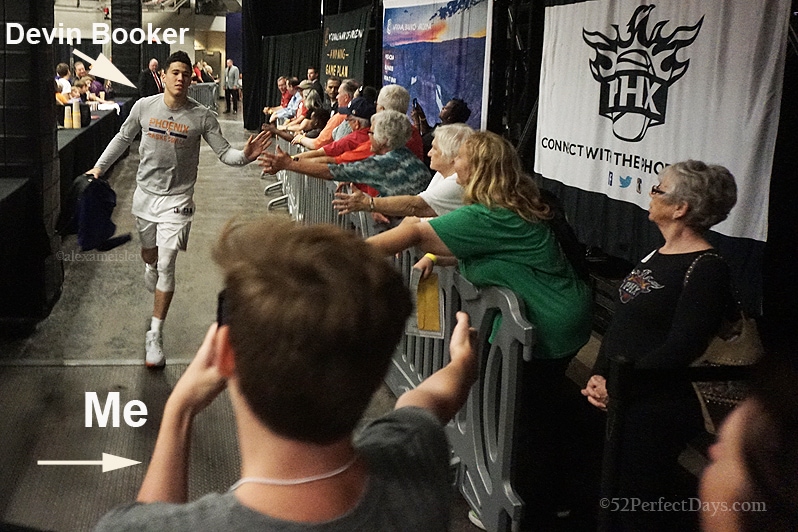 We had really great seats thanks to Talking Stick Arena Resort giving me and my family an amazing experience. One of my favorite things that I got to do was go on the floor and really close to the court when the players for both teams were warming up for the game. This allowed me to see some of the best players in the NBA such as Russell Westbrook and Devin Booker close up. 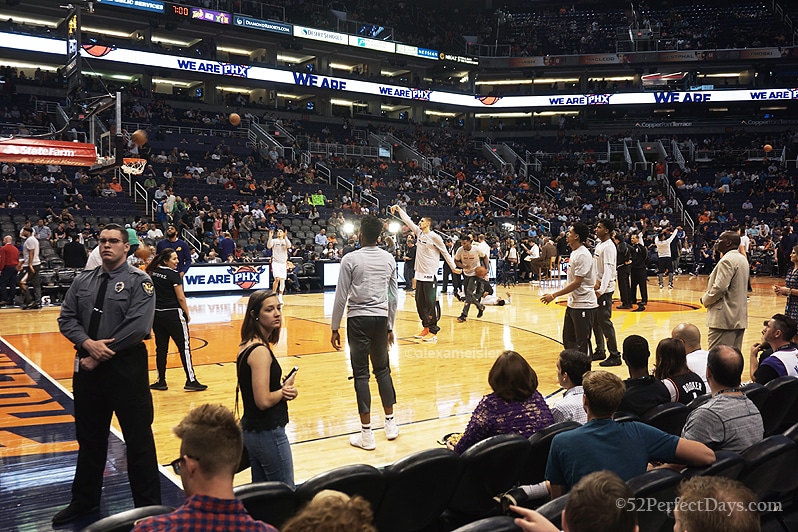 This game was really exciting because Russell Westbrook from the Oklahoma City Thunder was only two assists away from breaking a triple-double record that Oscar Robertson set in 1962. Russell didn’t break the record at this game, but did in the next game they played against the Denver Nuggets.

Devin Booker from the Phoenix Suns played really well and hit a lot of pull up jumpers (when you run up the court and jump and shoot). He also had really impressive handles (which is dribbling the ball). During half time, I was able to get within just a few feet of Devin when they were waiting to start playing again.

I loved the game, and the experience of being so close to actual NBA players and some of the greatest athletes in the world.

It was honestly one of the most memorable experiences of my life so far. If you ever get a chance to go to the area where basketball players enter the court at a NBA game, do not pass it up. Even if you aren’t a big NBA fan it’s exciting. Plus, you can say you met some NBA players which is very cool to many people.

Although I didn’t get to spend a lot of time in Phoenix, I still had a great time watching the basketball game, going out to eat at nice restaurants and exploring the city. One of my other favorite things we did on the trip was hang out at the hotel pool. The pool is on the top level of the hotel and you could order food and drinks. The view from the pool was of Talking Stick Arena which was cool. When we visited it was pretty hot, so it was really nice to be able to swim. 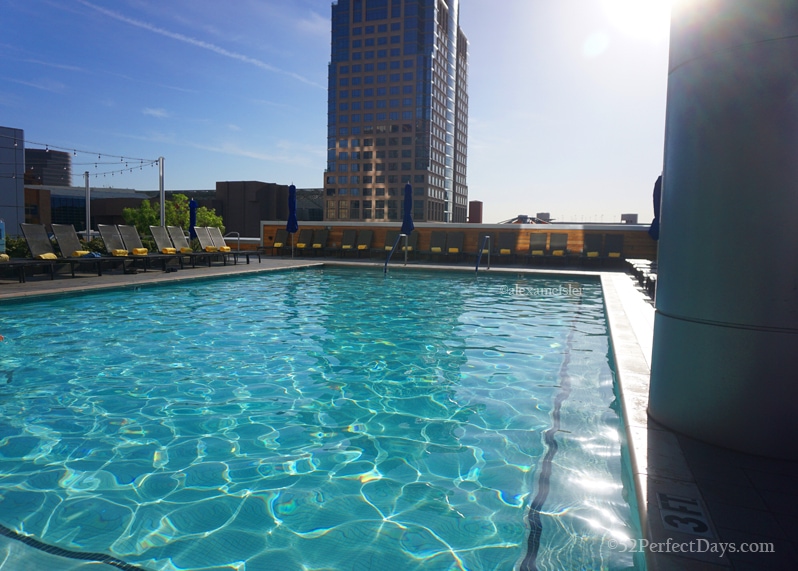 Overall my short vacation in Phoenix was a fun and very memorable.

Planning a Trip to Phoenix?

My mom suggests using Hotels Combined to find the best hotel prices. I suggest you stay at Kimpton Hotel Palomar especially if you plan to go to a Phoenix Suns Basketball game.

Click here to check for the best hotel prices for Kimpton Hotel Palomar and here to learn about upcoming Phoenix Suns games and to buy tickets.

Power Snorkeling in the Dominican Republic

Visiting the Most Haunted House in America

A huge thank you to the Pheonix Suns and Kimpton Hotel Palomar for their hospitality. My family and I were guests at the game and the hotel, but everything I share is my opinion.

Thinking about a visiting Phoenix or going to a Suns Game? Ask your questions in the comments below!