By the mid-1950s, the Cold War and its anti-communist hysteria had cast a shadow over American society. In a world dogged by conformity and conservatism, a new counterculture began to emerge in the streets and coffee shops of New York and San Francisco. This reactionary movement was led by the Beats: a group of free-thinking artists, poets, and writers who produced literature that was unstructured, uncensored, and daringly nonconformist.

Exploring San Francisco In the Footsteps of the Beats

A walk through San Francisco’s North Beach neighborhood will allow you to retrace the steps of Beat pioneers like Allen Ginsberg, Lawrence Ferlinghetti, and Jack Kerouac who worked and played in the neighborhood. As you weave in and around Columbus Street, you’ll get a feel for how the Beat Generation changed the face of American literature, and American society as a whole. 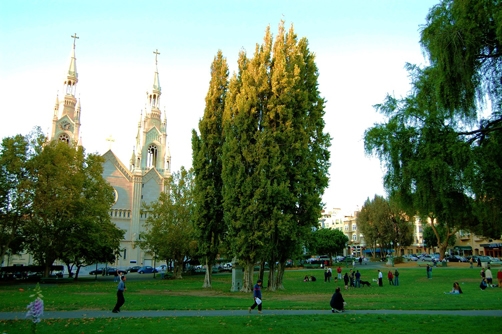 Begin at Washington Square Park, a welcome patch of greenery that punctuates the surrounding Victorian terraces. Originally a Mexican ranch and later a cemetery, Washington Square Park was a favorite Beat hangout in the 1950s and the subject of poems by authors like Lawrence Ferlinghetti and Allen Ginsberg. Today, it’s still a popular hangout for children and adults, and in the mornings you’ll see Thai Chi enthusiasts practicing their art on the dew-covered grass. 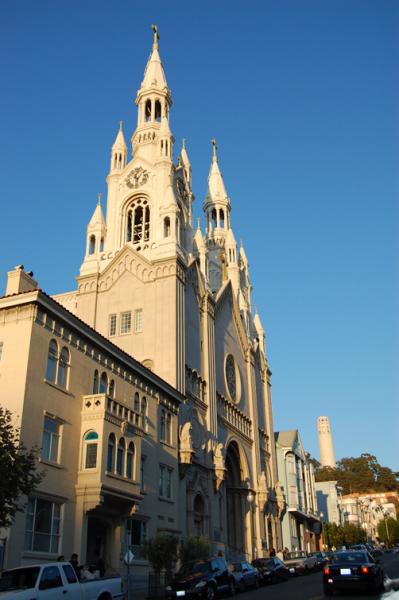 Overlooking the park is the elegant St Peter and Paul’s Catholic Church. Perhaps most famous as the backdrop for Joe DiMaggio and Marilyn Monroe’s wedding photographs, the church was also the subject of several Beat poems including Ferlinghetti’s “The Old Italians Dying” and “A Report on a Happening in Washington Square San Francisco”. Walk inside the church to get the best views of the impressive stained glass windows that line its length. 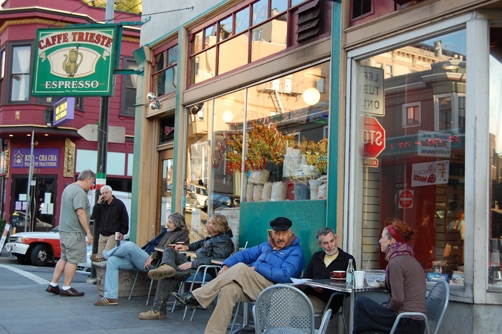 Leaving the park, walk two blocks southeast on Columbus Street, turning left to reach the corner of Vallejo and Grant Streets. Here you’ll find Café Trieste, a popular meeting place for Beat poets, writers, composers, and artists since 1956. The coffee shop is still popular today, so join the line behind the counter for a coffee and freshly baked pastry to go – or to enjoy at one of the outside tables.

Walking back to Columbus Street, continue one block southeast to Broadway until you reach the City Lights Bookstore. Founded in 1953 by Beat poet Lawrence Ferlinghetti, City Lights published Beat literature and became a cornerstone of anti-authoritarianism thinking through its sale of banned political writing. Allen Ginsberg first read his controversial poem “Howl” here in 1955, an event which many consider to be the start of the Beat movement.

North Beach is known as “Little Italy” after its large Italian ex-pat community and bustling street café scene, so you’ll be spoilt for lunch options. A favorite among tourists and locals alike is North Beach Restaurant on Stockton and Columbus, which features a solid menu of Italian pasta and meat dishes complemented by an extensive wine list. For a smaller, more intimate lunch option, try Da Flora on Columbus and Filbert, and be sure to sample their famed sweet potato gnocchi.

After lunch, continue down Columbus Street and turn left onto Broadway to reach the Beat Museum. Recently opened in 2006, the museum’s $5 entry lets you see showcased relics such as first editions of Jack Kerouac’s “On the Road”, the striped jersey worn by Neal Cassady during his cross country road trip with Ken Kesey, and a rough draft of Allen Ginsberg’s “Howl” poem annotated by Jack Kerouac. On your way out, pick up Beat memorabilia including posters, t-shirts, badges and books. 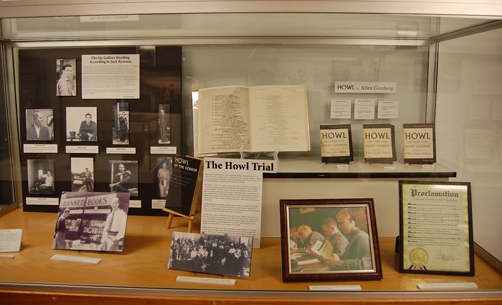 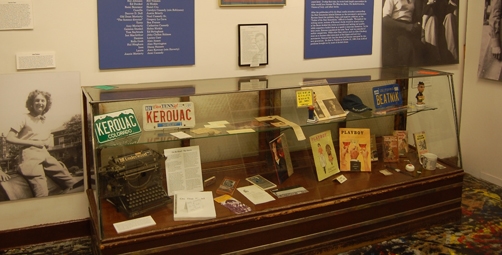 Continue on Columbus past Pacific Street until you reach the Purple Onion music and comedy club, an influential music and entertainment venue during the Beat era. During the 1950s and ‘60s it was frequented by artists including Woody Allen, Maya Angelou and Lenny Bruce, and today still attracts big comedy names such as San Francisco resident Robin Williams.

To finish the day, enjoy a well-earned cocktail at one of the North Beach bars that were favorites with the Beat crowd. Perhaps most famous is Vesuvio Café in Jack Kerouac Alley, where you can enjoy a cocktail surrounded by photographs of Kerouac and his contemporaries. Directly across from Vesuvio on Columbus Street is the cozy Specs Adlers, while next door is Tosca, a 1940s style cocktail bar featuring brass finishes and red vinyl booths.

Following in the Beats’ footsteps will take you back to a time when uncertainty and conservatism gave way to freedom of expression and the celebration of the individual through art. Through it all, this small, unassuming pocket of San Francisco served as the epicenter for that change; a place where a new society was born.