The Ghosts of New York

New York City is known as the city that never sleeps, for good cause. Its denizens are a busy bunch, and there just isn’t enough time in the day to get it all done. Some might say that even a lifetime isn’t enough, and there are those who would agree-some of whom are no longer with the living. 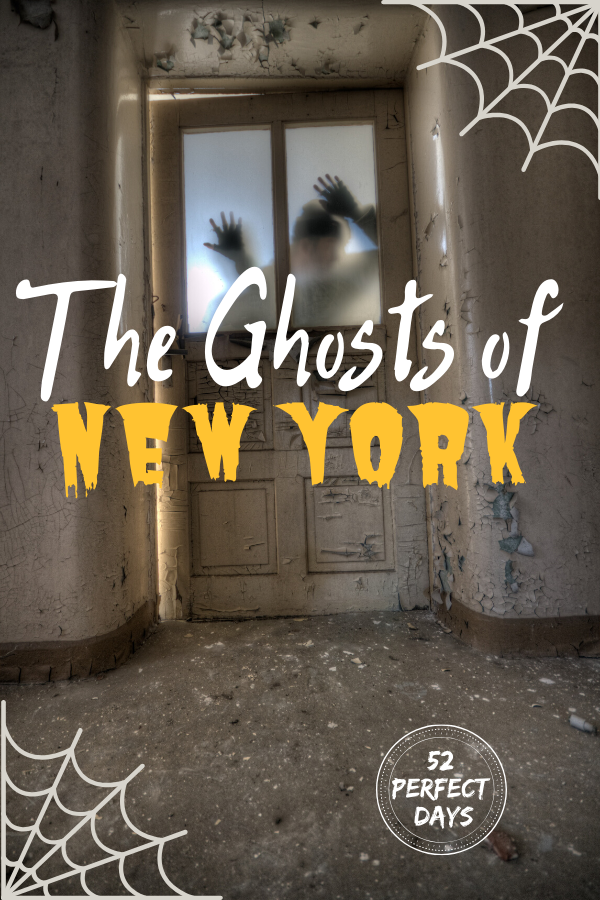 Over three hundred years old, Manhattan is one of our country’s older cities, and unsurprisingly, has a long history of ghosts and hauntings to match. For history buffs and entertainment seekers alike, an evening walking tour is a winning way to learn more, and if you’re lucky, perhaps witness something spooktacular.

Ghosts of New York Walking Tours offers five different tours, each focusing on a different neighborhood and its otherworldly residents. In Greenwich Village, you’ll hear about Aaron Burr and Elenaor Roosevelt, while in Times Square, you’ll hear tales of Bob Fosse, George M. Cohan, and a showgirl with unfinished business. 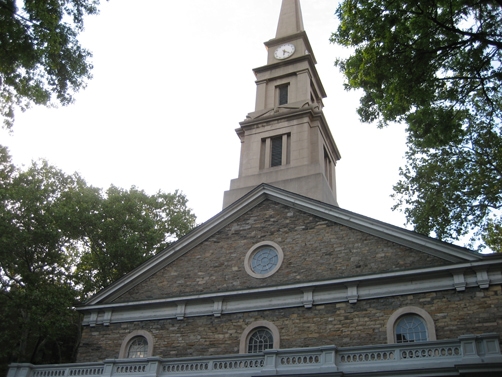 One of the most popular tours, “Peter Stuyvesant and His Ghostly Friends,” centers on the East Village. Meeting at an old churchyard, the tour begins with an introduction about the idea of specters, lost souls, and ghostly spirits. Throughout history, ghosts from all walks of life are tied together by a common thread: unfinished business.

Peter Stuyvesant, the last Dutch governor of Manhattan, is the first of the night’s spooky subjects. Matt Baker, one of the group’s many tour guides, paints a rich picture of life in colonial New York, including where Stuyvesant, a horrible man with many enemies, fit in. Dying in exile, the unhappy governor has been said to be the cause of numerous mysterious instances, some over a hundred years apart.

Rather than relying on sensationalism and the type of scare tactics you might get in a carnival’s haunted house, Baker’s tour is full of rich historic detail and he prizes the depth of information he’s able to share with his audience. With anyone less devoted to his craft, this surely would skew dangerously towards being a dry social studies lesson, but on this tour, it’s never the case. Despite being laden with almost an encyclopedic knowledge of New York City culture and history, the tour is never boring; instead, it’s often laugh out loud funny thanks to Baker’s quick sense of humor and dry wit.

An area can be haunted in more ways than one, and with the East Village’s rapidly changing demographic, there are many cultural ghosts that haunt these blocks as well formerly human. Baker points out these lonely specters out to the crowd: outside a ubiquitous Chase bank, there are the remnants of a local “Walk of Fame,” devoted to Jewish actors and performers.

Among the many fading tributes, one stands out in particular: Paul Muni, winner of the 1936 Academy Award for Best Actor has a star in the crumbling sidewalk. In 1956, he’d also gain a Tony Award for his performance in Inherit the Wind. Now, hipsters and college students traipse over this monument on their way to the ATM.

Part of any good tour is the unexpected. Outside of McSoreley’s, the country’s oldest continuously running bar, and a regular haunt of Eric Weisz (better known as Harry Houdini), Baker was challenged by a drunk who claimed he wasn’t a true New Yorker. Without missing a beat, Baker proclaimed he’d been in the city since 1980. The drunk humbly bowed. Later, around the block, Baker admitted he came up with that on the spot. “Never let the truth stand in the way of a good story,” he proclaimed, and the tour continued.

If the unexpected is what makes a tour really shine, then it would be ungracious of us to share the rest of the ghostly stories you’d hear throughout the evening. Needless to say, a number of very famous souls show up within Baker’s tales, all of who continue to have pressing business in our world. True New Yorkers, they simply haven’t found time to cross over.

Planning a trip to NYC? Take along the New York Pass

Jennifer Treuting works as a freelance writer and filmmaker. Her work has appeared in New York City guidebooks and numerous websites, while her films have been shown in festivals around the country, including San Diego ‘s International Children’s Film Festival, the ION Festival in Los Angeles and the Conflux Festival in Williamsburg, Brooklyn. She lives in Prospect Heights, Brooklyn and wishes she had a pet.

About the Author Jennifer Treuting

Jennifer Treuting works as a freelance writer and filmmaker. Her work has appeared in New York City guidebooks and numerous websites, while her films have been shown in festivals around the country, including San Diego 's International Children's Film Festival, the ION Festival in Los Angeles and the Conflux Festival in Williamsburg, Brooklyn. She lives in Prospect Heights, Brooklyn and wishes she had a pet.