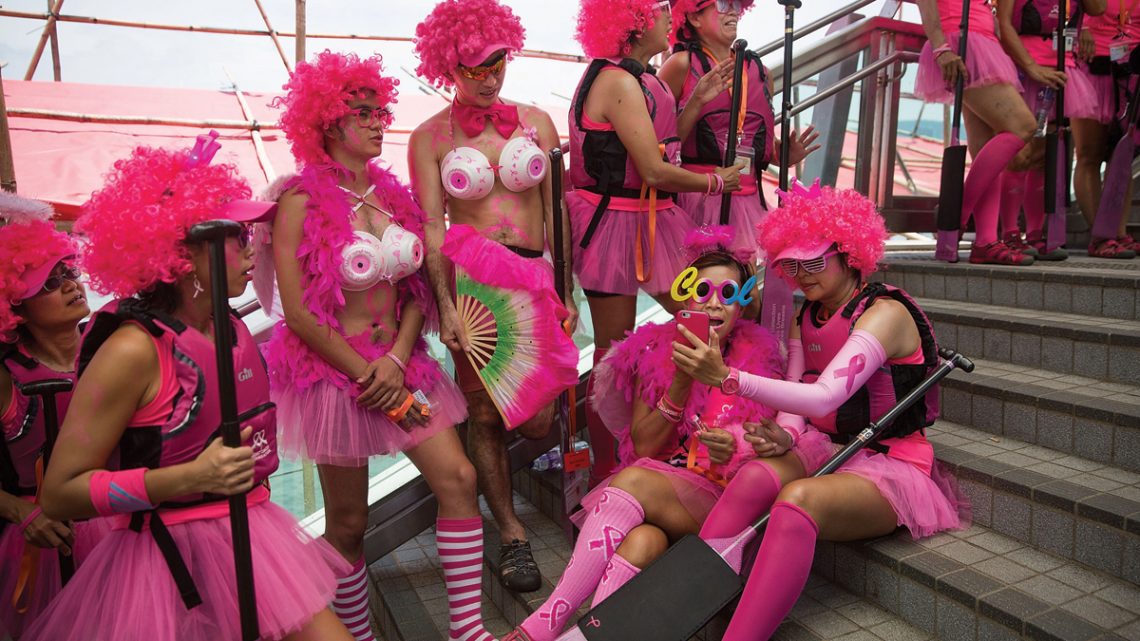 Visiting Hong Kong offers so many fascinating things to do and places to visit. There are several ways to explore a city this diverse and one of my favorites is a private tour with a local guide (especially if it’s your first time to Hong Kong). Withlocals tours in Hong Kong is a great way to explore this vibrant city with a private guide and then have all the local tips to plan the rest of your stay. Whether you’re a foodie, aspiring photographer or a culture lover, there’s a Hong Kong private tour that will be perfect for you!

Another way I love to learn about a location is attending festivals. Hong Kong happens to have some of the most beautiful celebrations you will find anywhere in the world.  It’s a great way to meet locals and learn about the history of Hong Kong.

The 4 Most Beautiful & Colorful Festivals in Hong Kong

Hong Kong celebrates many exceptional festivals. On your next trip to Hong Kong, visit during one of their extravagant festivals to experience the city during a celebration. Below are four of the most beautiful festivals. 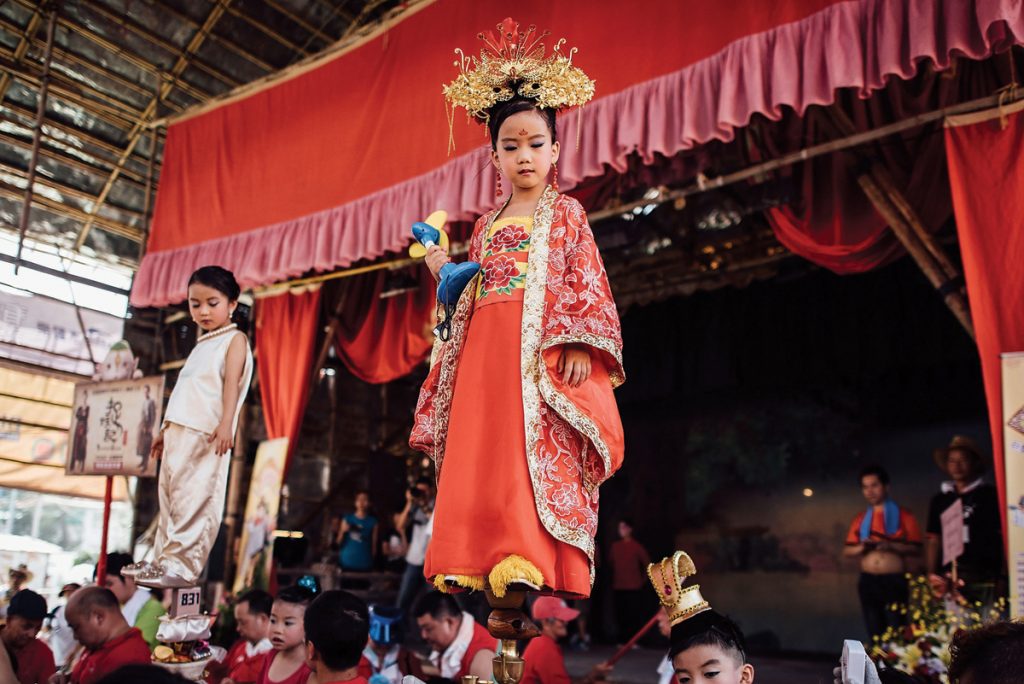 Time.com rates this as one of the world’s ‘Top 10 Quirky Local Festivals’

Every year thousands of people descend upon the tiny island of Cheung Chau for one of Hong Kong’s most colorful cultural celebrations; the Cheung Chau Bun Festival. 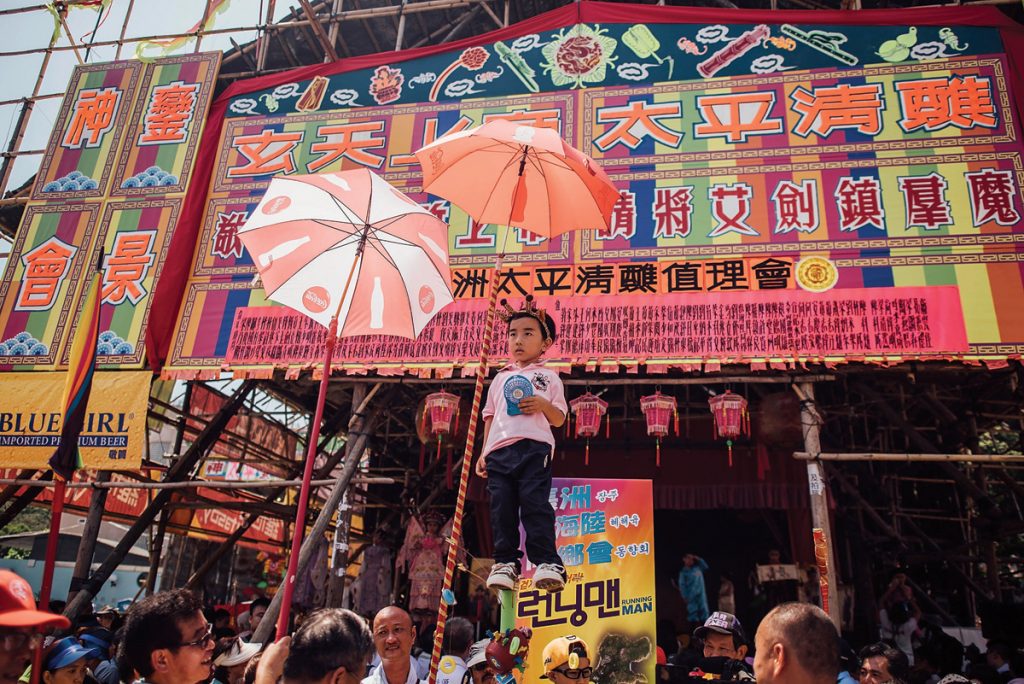 This festival dates back over 100 years. It all started with a plague that devastated Cheung Chau in the late Qing dynasty (1644–1911). The islanders built an altar in front of the Pak Tai Temple and petitioned the god Pak Tai to drive off the evil spirits besieging the island, while parading statues of deities through the narrow lanes of their village. The plague ended after the performance of these Taoist rituals and 100 years later the rituals are still performed in a festival that is listed as an intangible part of China’s cultural heritage.

Today the festival is celebrated for a week and includes Taoist ceremonies, Chines customs, music, a parade, lion dances, drum beating, delicious food, music, sports, and a colorful ceremonial parade and makes it one of Hong Kong’s most popular tourist attractions. 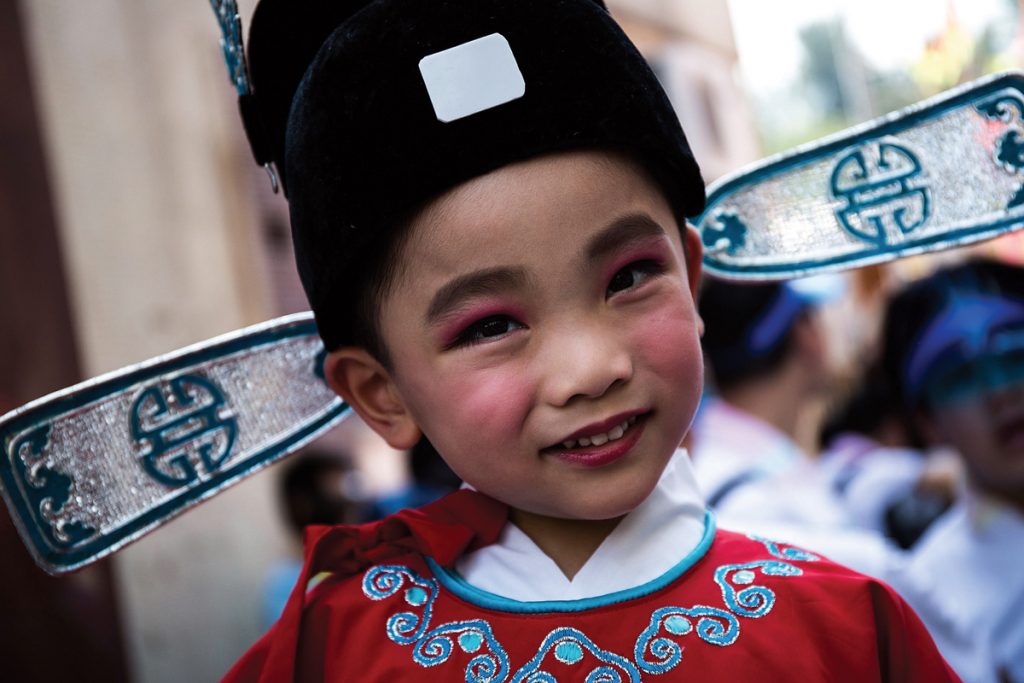 In the colorful ‘Piu Sik’ (Floating Colours) Parade, one of the extraordinary highlights of the day, children dressed in the guises of traditional deities and modern celebrities, balance on poles and accompanied by gongs and lion dancers, appearing to float above the crowds in a carnival-like procession.

Lucky Bun (Ping On Bun)
The hand-made Lucky Bun is a must-to-buy item for every attendee. The bun is stamped with red Chinese characters for peace and stability and made of flour, sugar, and water with one of three fillings (sesame, lotus or red bean).

The Cheung Chau Bun Festival falls on the fifth to the ninth days of the fourth lunar month. 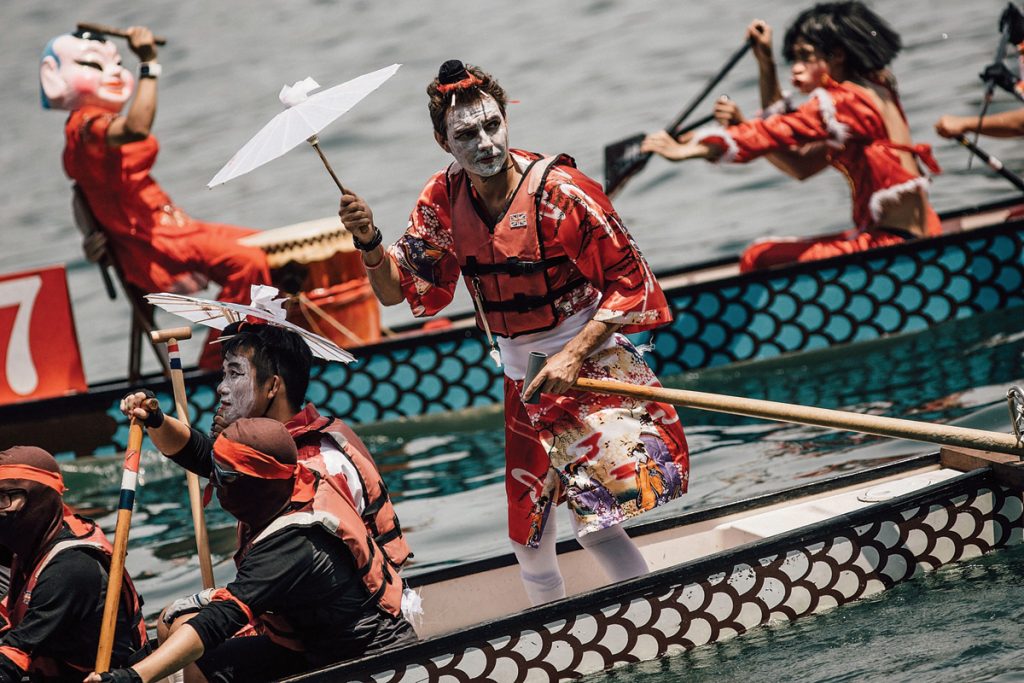 Hong Kong International Dragon Boat Races are an ancient Chinese festival that takes place in Victoria Harbor. Every year, thousands of the world’s top dragon boat athletes battle it out at the CCB (Asia) Hong Kong International Dragon Boat Races. The races take place over three days and you’ll find drummers and fans cheering paddlers on to the finish line. 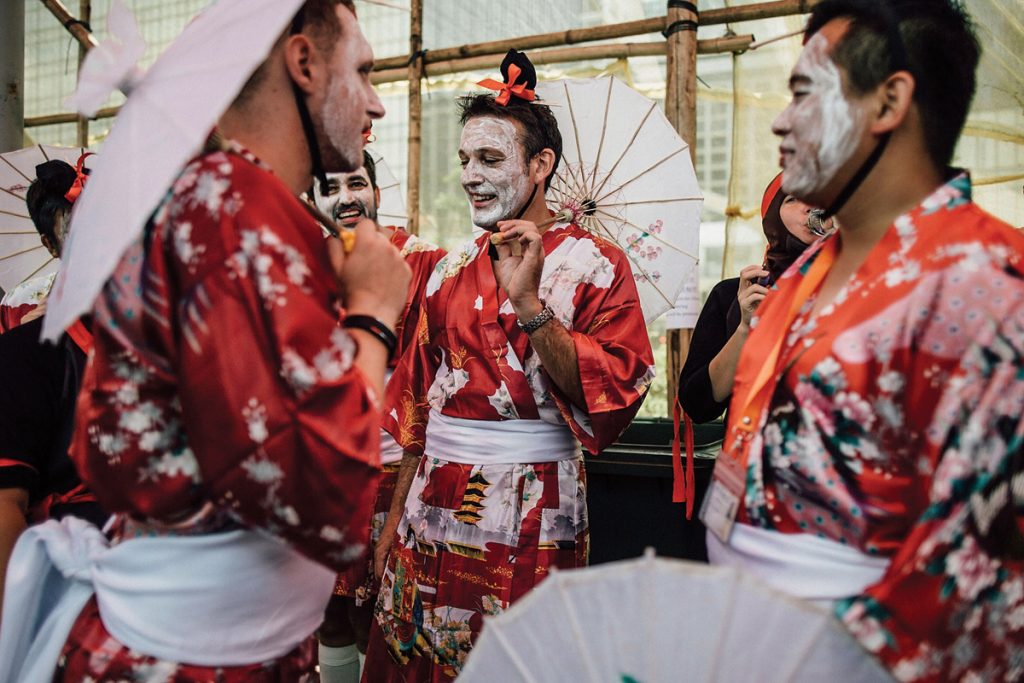 Follow the lead of Hongkongers and make a party out of the ancient Chinese festival and enjoy boats, beers and the cheers of hundreds of thousands of spectators! 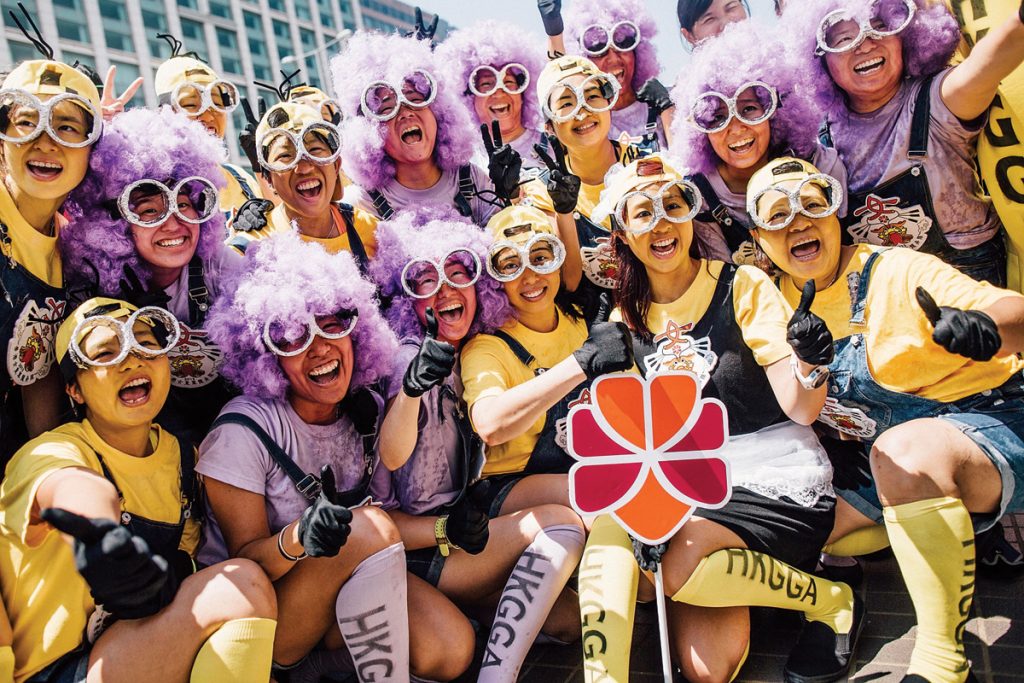 During the races, you’ll also find a man-made beach and splash area in the city center where you can enjoy the summer sun soak up the sun. Street Food is also a big draw and where you’ll be able to taste an array of local and international foods as well as signature dishes from food trucks. The Artisanal Market is one of the newest elements and showcases creative art and other handmade items from local artists and craftsmen. 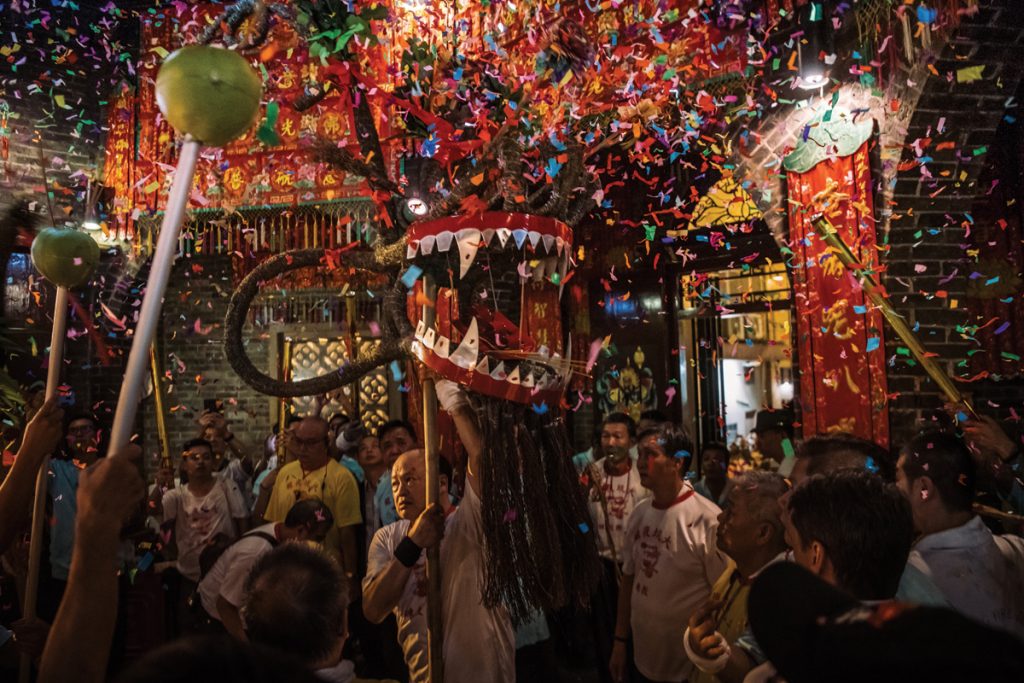 The fifth day of the fifth month of the lunar year signifies the Dragon Boat Festival.

The Mid-Autumn Festival is considered to be one of the most important Hong Kong festivals of the year. It evolved from a moon-worshipping ceremony that took place before the autumn harvest. The tradition began in the 19th century, following a typhoon and a plague that devastated Tai Hang. By parading a fierce dragon through the streets, the villagers believed they could ward off evil spirits and bad luck.

This festival, in particular, provides a peek inside Hong Kong’s long-held traditions.

During this annual festival that takes place in Tai Hang, visitors will witness the city coming alive, as the century-old Fire Dragon Dance swirls through Tai Hang and lanterns illuminate the sky. 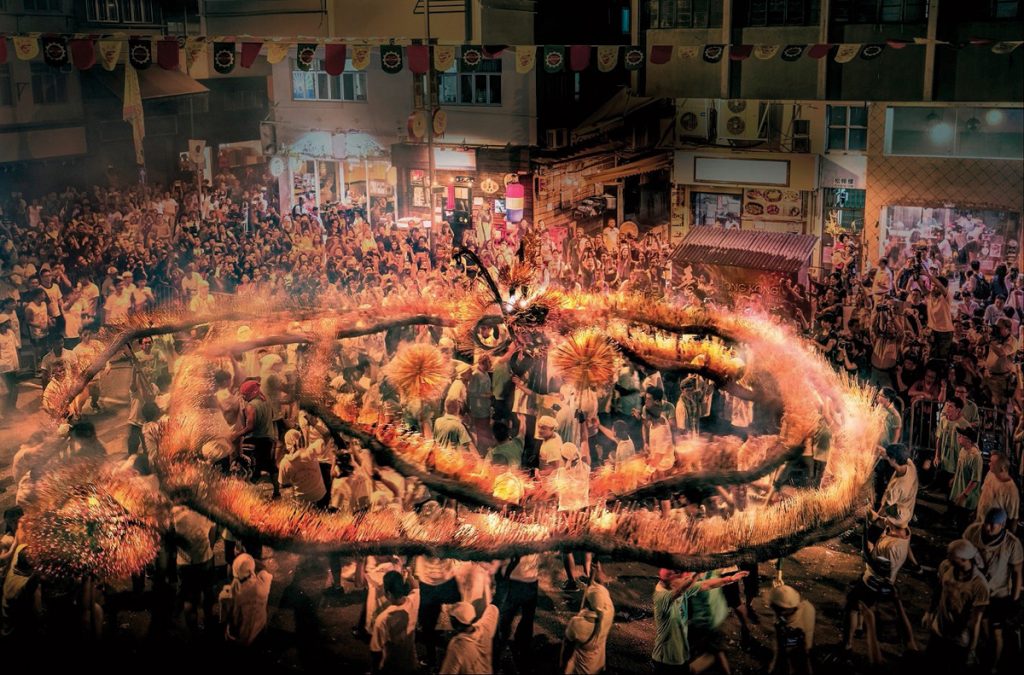 The three-day Tai Hang Fire Dragon Dance and festivities have been included on China’s National List of Intangible Cultural Heritage. 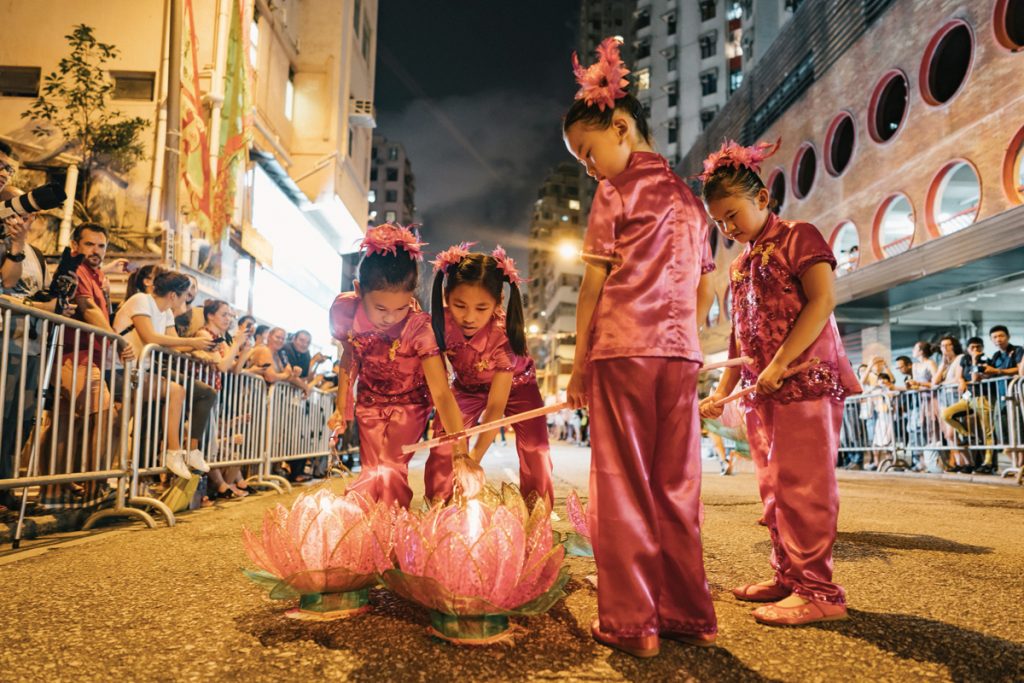 Today, the experience promises an explosion of drums, gongs and incense, as nearly 300 trained participants carry a 67-meter dragon covered in glowing joss sticks through the streets.

Mooncakes
If you are in Hong Kong during the Mid-Autumn Festival, it will be impossible not to notice mooncakes. They are believed to have originated from Yuan-dynasty (1271–1368) revolutionaries, who are said to have used the pastries to pass secret messages between each other.

Lantern Displays & Carnivals
Neighborhoods across Hong Kong arrange a host of magical lantern exhibitions and carnivals in homage to the Mid-Autumn Festival. There are traditional stage shows, palm readings, game stalls, lantern riddle quizzes and much more. The grandest of all of these is held in Victoria Park on Hong Kong Island.

Mid-Autumn Festival falls on the 15th day of the eighth lunar month. 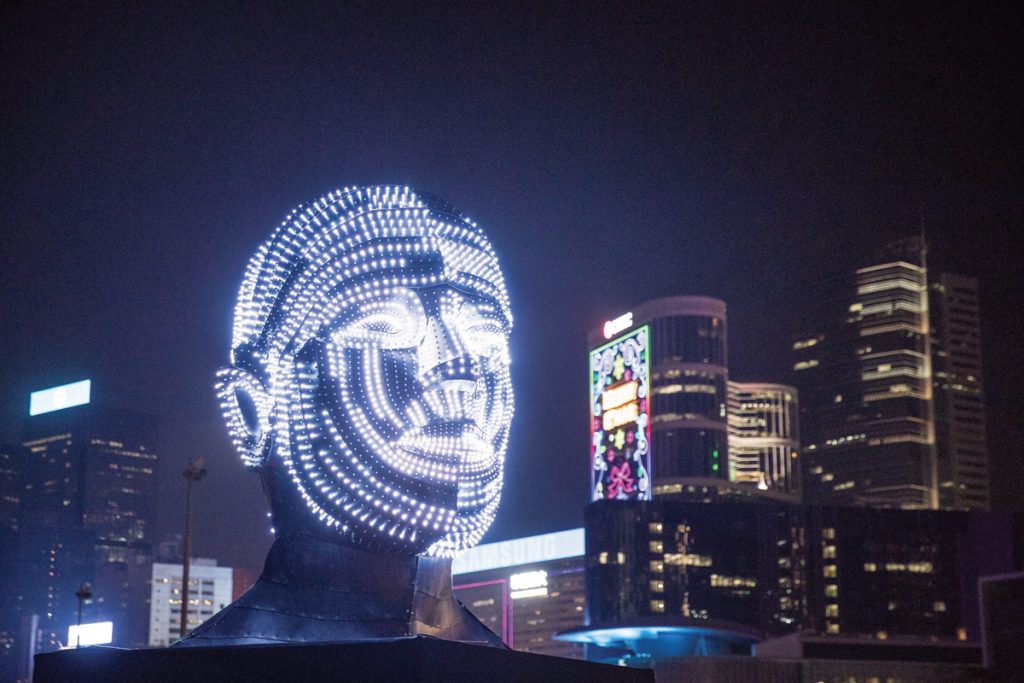 The International Light Art Display is organized by the Hong Kong Tourism Board and features a stunning spectacle of light, music, and entertainment. Most of the light features are found with a backdrop of the iconic Victoria Harbour skyline. The festival features works by local and overseas artists. 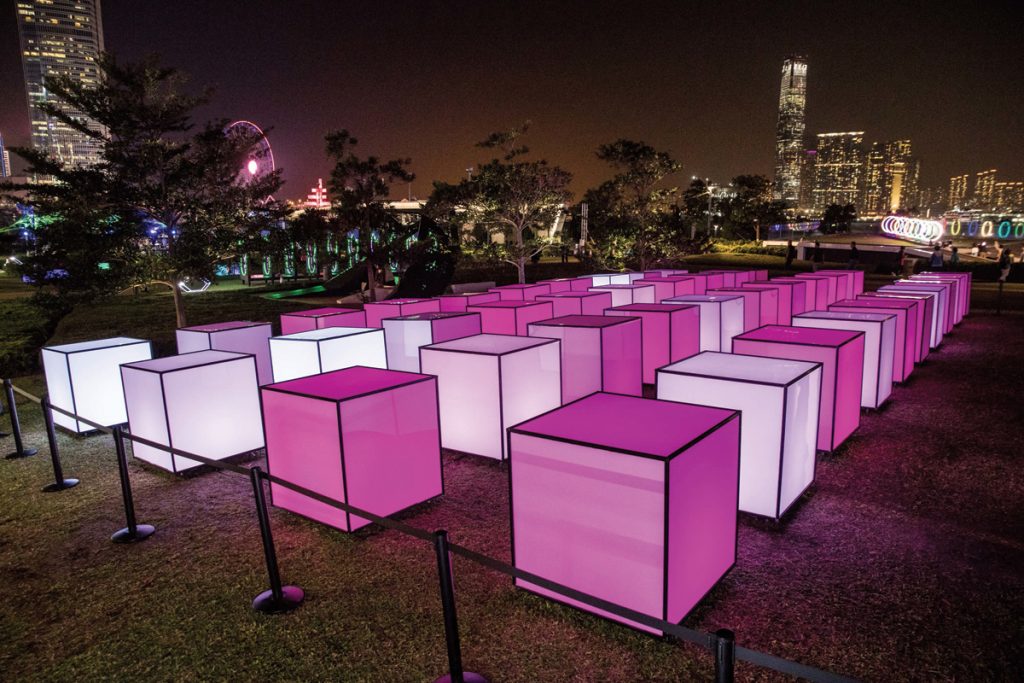 On top of the new installations, eight popular existing installations, which have been on display from the very beginning of the Festival in November 2018, including “Angels of Freedom”, “Talking Heads” and “Tapping”, will still be there. The “International Light Art Display” is a major component of the “Hong Kong Pulse Light Festival”, which is a brand new mega-event launched in November 2018. This exhibition will still be displayed at the Central and Western District Promenade (Central Section) and lighting time will be maintained at 5pm to 11pm daily. 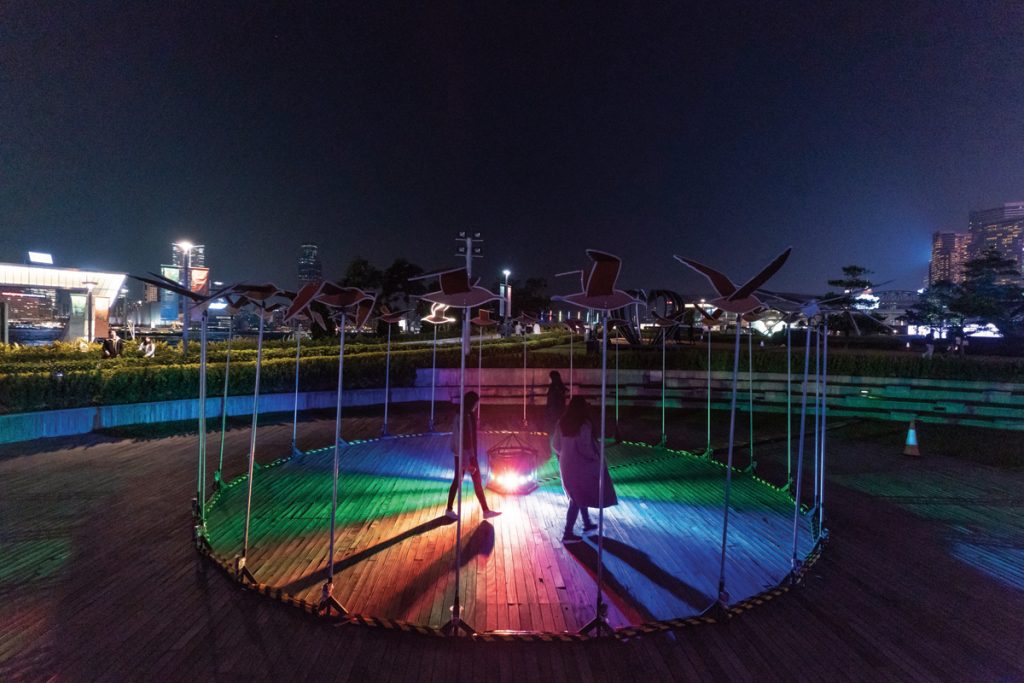 For more details on all the above events visit www.discoverhongkong.com/

Images courtesy of the Hong Kong Tourism Board.

What festivals have you experienced in Hong Kong? Let us know in the comments.