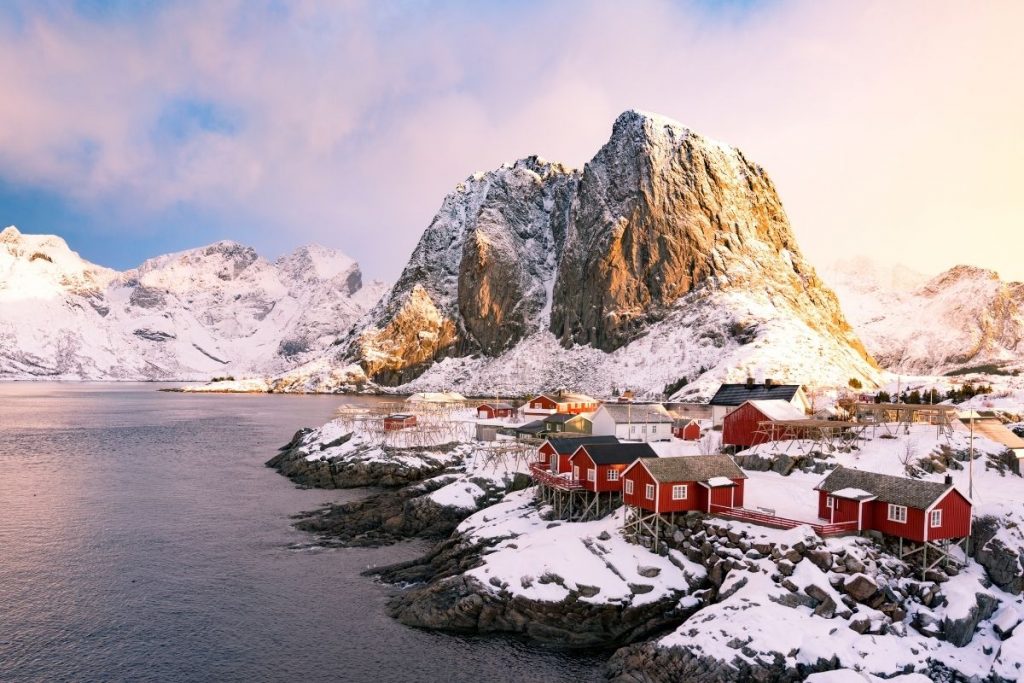 Norway is ranked as one of the best places to live in the world year after year. It is also one of the most beautiful countries on earth. It’s home to more natural wonders such as such northern lights, the midnight sun, fjords, and national parks. Norway also has stunning cities and a country worth a long visit.

1. Taking the Fløibanen funicular to the top of Mount Fløyen in Bergen, for stunning views of the harbor and city

2. Spending some time in the Lofoten Islands – ranked as among the most beautiful in the world by National Geographic Magazine 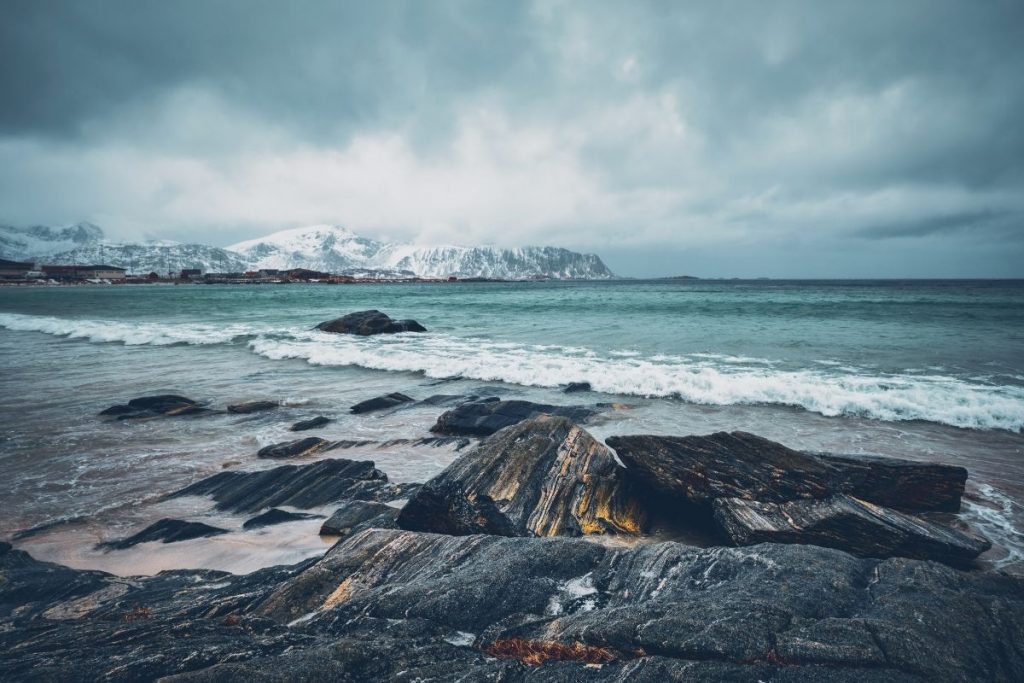 3. Climbing on the top of the new Oslo Opera house’s roof, for great views over the Oslo waterfront

4. Witnessing the awesome spectacle of the northern lights (anywhere above the Arctic Circle in winter… if you’re lucky) 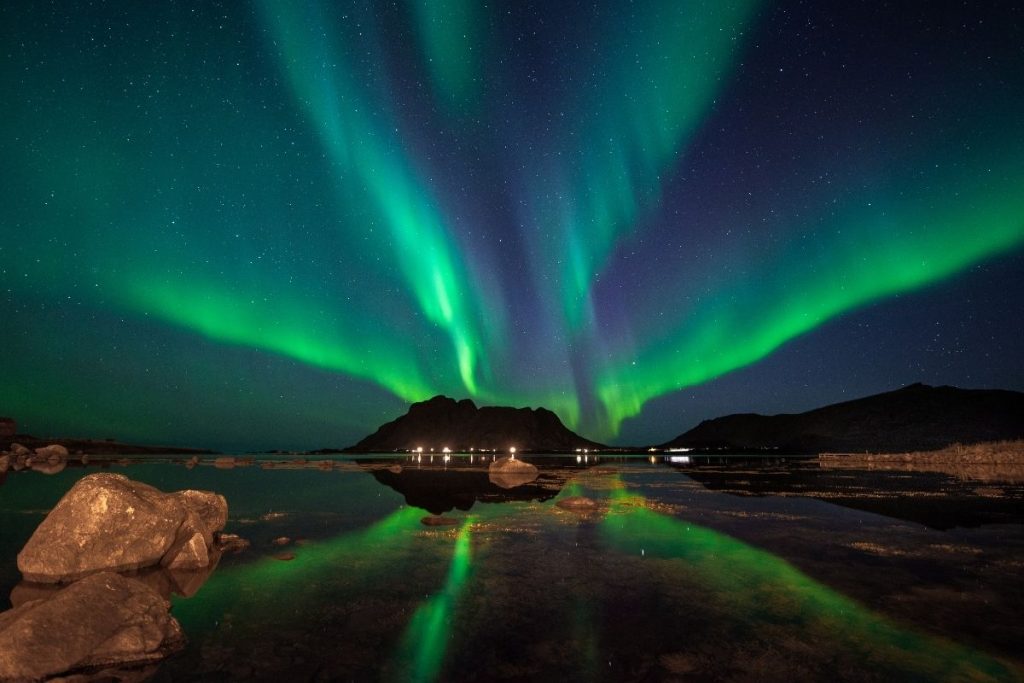 5. Feeling the rhythm at the Notodden Blues Festival in Telemark, taking place every year in late August

6. Spotting whales on a whale safari off the Vesterålen Islands 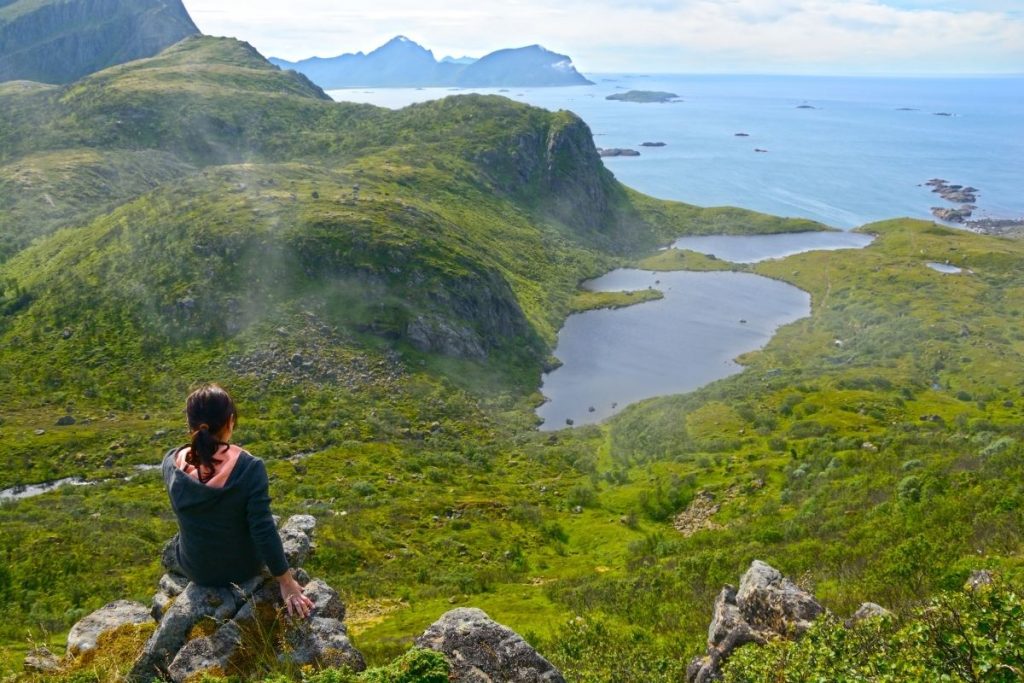 8. Joining a giant crab safari in Kirkenes, northern Norway – you get to eat your catch on the beach at the end of it

11. Cruising the Norwegian coast from Bergen in the south to Kirkenes in the North with Hurtigruten

12. Fishing in the Namsos River for wild Norwegian salmon 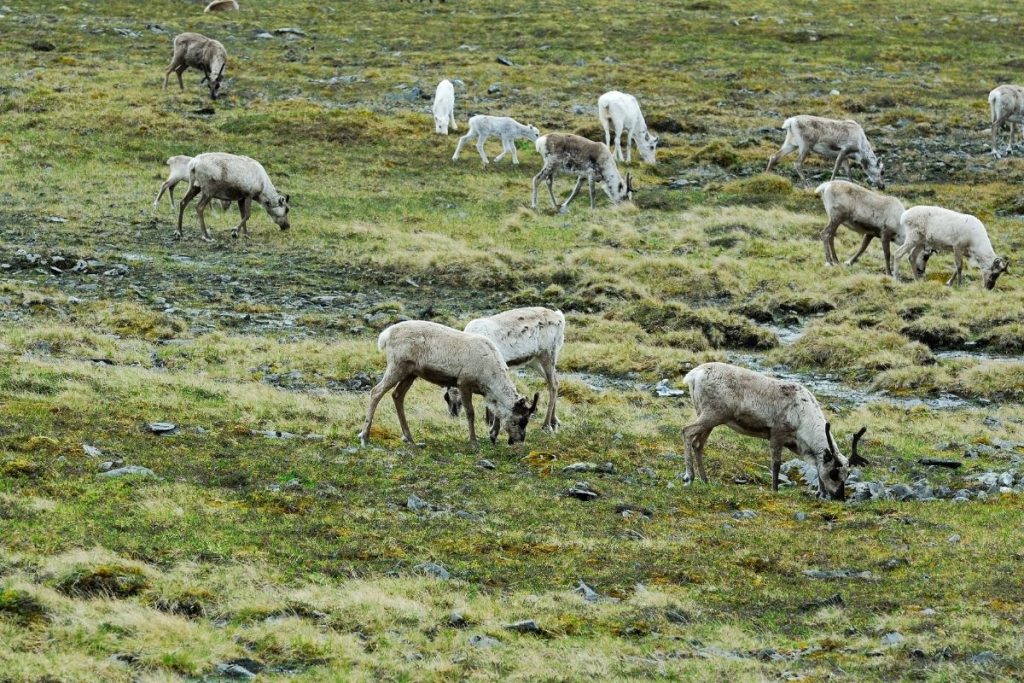 15. Taking the hike to Prekeistolen, near Stavanger, one of Norway’s most popular day walks, attracting thousands every year.

16. Ice-skating on myriad frozen lakes in winter, pretty much anywhere in Norway

17. Cross-country skiing in Rena or Lillehammer, for arguably the most beautiful winter landscapes you’ll ever see

18. Sailing in the Hvaler Archipelago, a summer paradise in the Oslofjord

20. Scrutinizing the horizon from mainland Europe’s most Northernly point, the North Cape

21. Gorging on cherries in the Hardanger Fjord in summer, or seeing the blossoms in spring – the fjord is home to thousands of apple and cherry trees 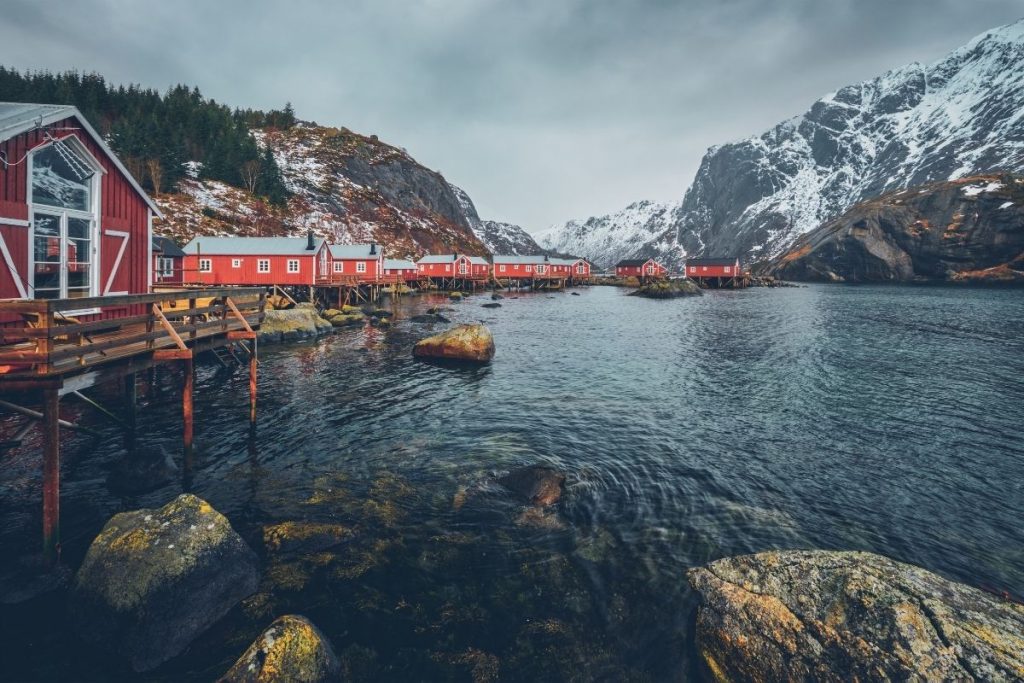 22. Hiking in the Lyngen Alps just outside Tromsø

24. Taking the scenic Flåm Railway from Myrdal down to the Sognefjord – it’s the steepest one you’re likely to ever try

25. Picking cloudberries, the queen of berries, and making jam to bring home (or buying the readymade version in a local delicatessen)

26. Learning about the industry that made Norway rich at the Norwegian Petroleum Museum in Stavanger

28. Visiting the Munch Museum in Oslo: the most comprehensive collection of the artist’s works anywhere in the world

29. Cycling Rallarvegen, a popular route along the Hardangervidda

31. Being awed by the sheer scale of Nidarosdomen, Norway’s biggest cathedral in Trondheim

32. Learning about the Sami people and culture in Lapland

33. Admiring relics of the Viking era at the Viking Ships Museum in Oslo

34. Shopping at Bergen’s famous fish market right on the harbour

35. Making the most of longest days of the year while the midnight sun lasts in summer 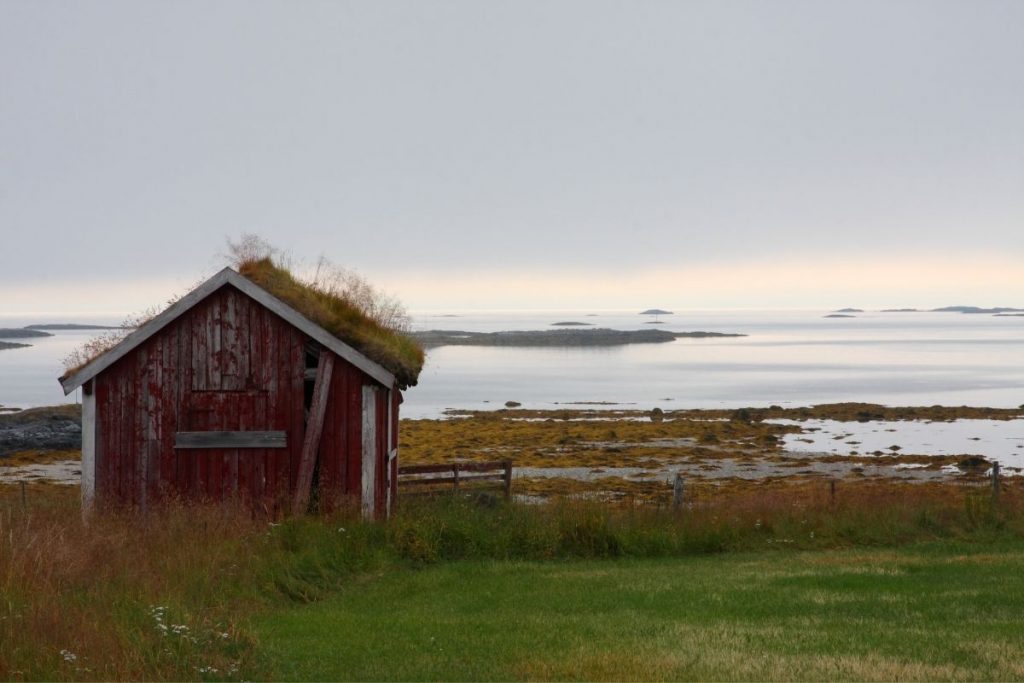 36. Going for a stroll on the Unesco World Heritage site of Bryggen, famed for its Hanseatic building, Bergen

38. Admiring the intricate woodwork of stave churches, beautiful wooden churches dating back to the middle ages

39. Wandering the streets of the picturesque mining town of Røros, also the coldest spot in mainland Norway

40. Wondering how Saltstraumen, the world’s most powerful maelstrom, some 30km east of Bodø, works

41. Getting musical at the Ringve Museum, featuring the country’s largest collection of musical instruments

42. Feeling the spray on your face at Vøringfossen, Norway’s most photographed waterfall

43. Going wild at Kristiansand’s Zoo, a must for children of all ages

44. Catching international rock bands and local artists at the Øya Festival in Oslo, August

45. Taking part in the wooden boats festival in Risør, one of many picturesque villages on the Sørlandet coast

46. Camping in some really remote areas, with access to acres of untouched nature all to yourself

47. Sharing a glass (or two) of aquavit, Norway’s most famous tipple, with locals

48. Admiring the panoramic view outside Molde, famous for its 222 mountain peaks

49. Going skiing in the middle of summer at the Stryn Summer Ski Center

50. Taking the kids to see the world’s tallest troll at the Hunderfossen Amusement Park near Lillehammer

51. Marvelling at the beautiful statues in Vigeland Park, Oslo, named after Norway’s most famous sculptor

52. Indulging in a soak, or a massage, at Farris Bad in Larvik, recently voted best spa in Scandinavia.

Inspired to visit Norway? Visit TripAdvisor for Hotel Deals in Norway.
As travel today remains uncertain, please keep your safety and the safety of others in mind at all times. If you are comfortable with traveling, please travel responsibly and within regulation as any travel is at your own risk. 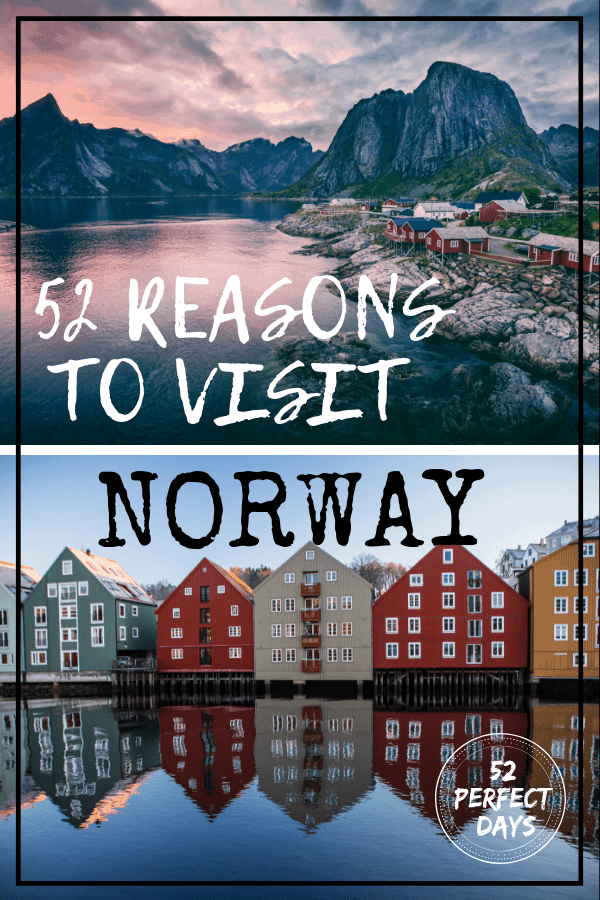 After 15 years based in London, where she worked as a travel journalist and editor, Marie Peyre moved to Norway at the end of 2007. She now works as a freelance travel writer, and covers Scandinavia in general and Norway in particular, for a number of clients in the UK and the US, including Fodor’s, Frommer’s, Virgin, Insight Guides and Columbus Travel Publishing. She has also authored a book on London Restaurants for Globe Pequot. In the past two years Marie has learnt Norwegian and the art of cross-country skiing – two essential skills when living in Norway. In her free time she blogs about Østfold, the region where she’s based in southeastern Norway you can find her on Twitter here: https://twitter.com/elusive_moose