10 Reasons to Travel to Berlin 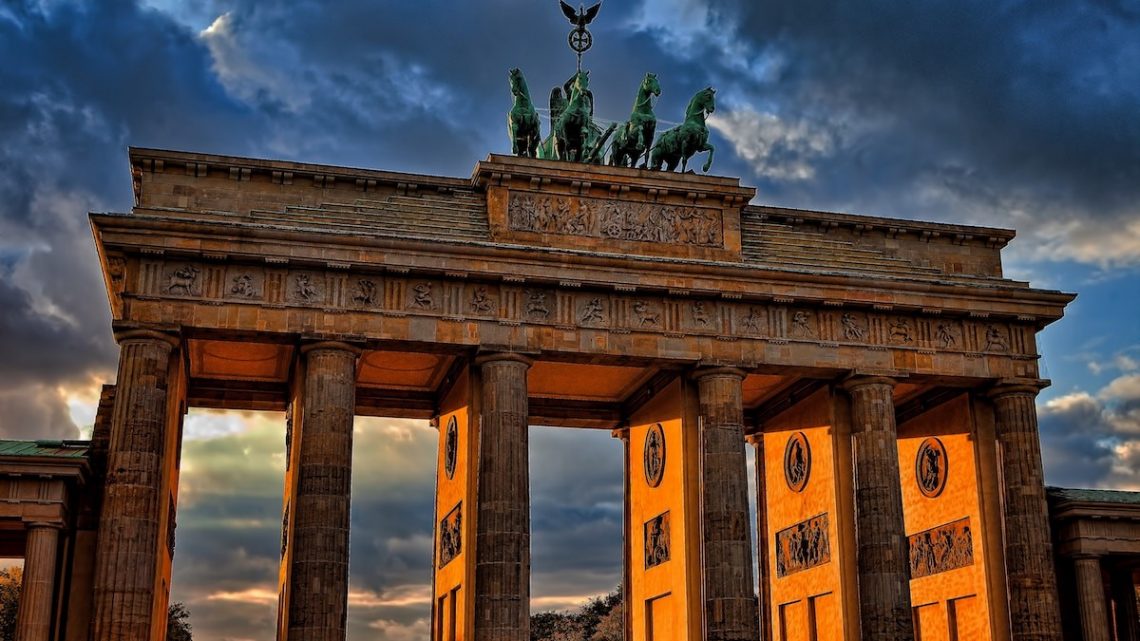 TABLE OF CONTENTS show
10 Reasons to travel to Berlin in 2020
1) There’s something for everyone
2) It has beautiful natural surroundings
3) It’s conveniently located
4) It has a fantastic public transport system
5) It’s one of the cheapest capital cities in Western Europe
6) It’s home to beautiful street art
7) You can earn money if your flight is delayed
8) Enjoy a tropical island getaway… in winter!
9) It’s the party capital of the world
10) It has a fascinating history
Useful German Phrases:
Recommended Travel Resources
Read More About Germany

From museums to food, parties and more, there is an abundance of things to do in the German capital – but that’s not the only reason tourists flock to the city in masses. Here are 10 reasons Berlin is a must-see city.

1) There’s something for everyone

Berlin is a melting pot of cultures, attracting people from all walks of life. From artists to punks, business people to families, there is always something to do in the city no matter your interests. Take a walk down the famous East Side Gallery, eat at a fine dining restaurant, visit one of Berlin’s many markets or go clubbing at literally any time of day – there’s no shortage of activities no matter the length of your stay.

2) It has beautiful natural surroundings

Nature is not something that comes to mind when thinking about big cities, yet Berlin is surrounded by innumerable lakes and foresty areas, not to mention the beautiful parks large and small that are scattered throughout the city. Not to miss is Tiergarten, Berlin’s largest park found right in the center of the city.  Further out are pristine swimming lakes such as Müggelsee or Wansee. 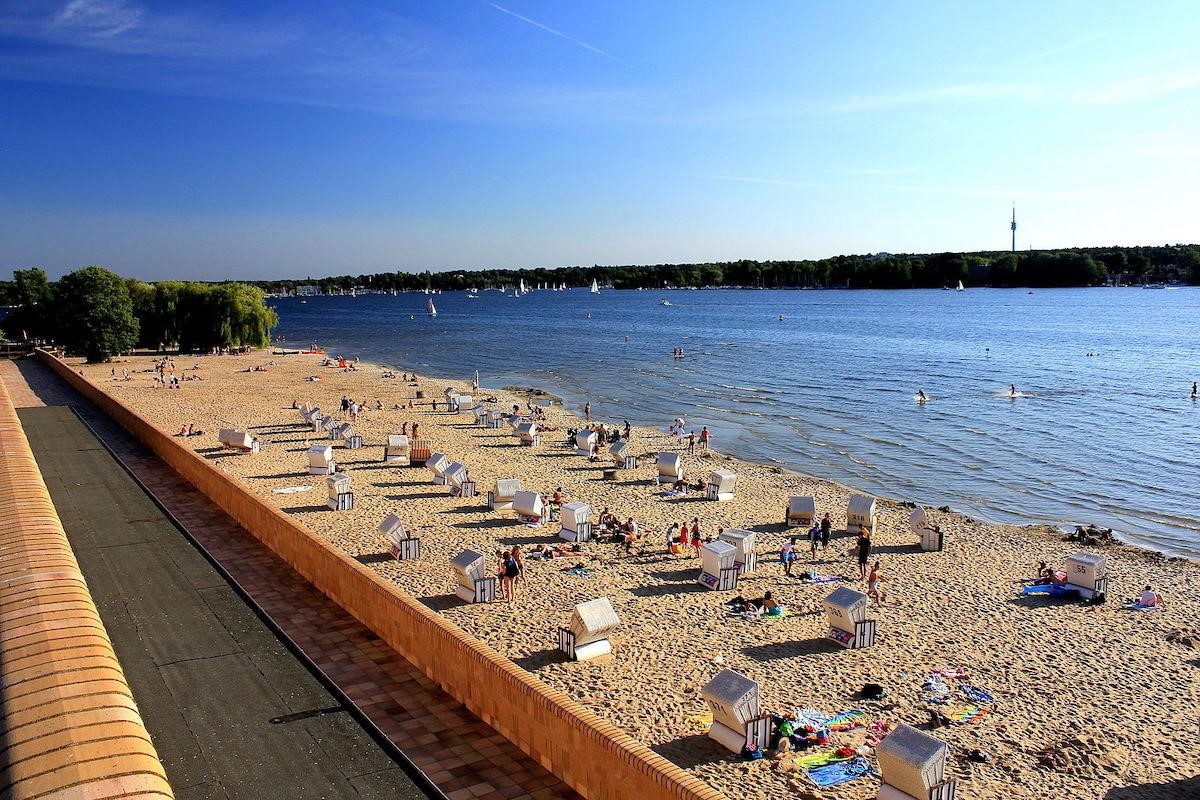 Berlin is located more or less in the center of Europe, making it a convenient stop during a European tour. With two different airports located at either end of the city, as well as train and bus lines to thousands of other cities and towns near and far, traveling to and from the city is a breeze.

4) It has a fantastic public transport system

Berlin’s public transport system is efficient and reliable, completely eliminating the need to hire a car while visiting the city. The city has 24/7 public transport routes that can take you literally anywhere in the city, with the train system running at all hours on weekends. They also have cheap fares compared to other European capital cities. A day ticket costs around $9 and will grant you access to all forms of public transport. 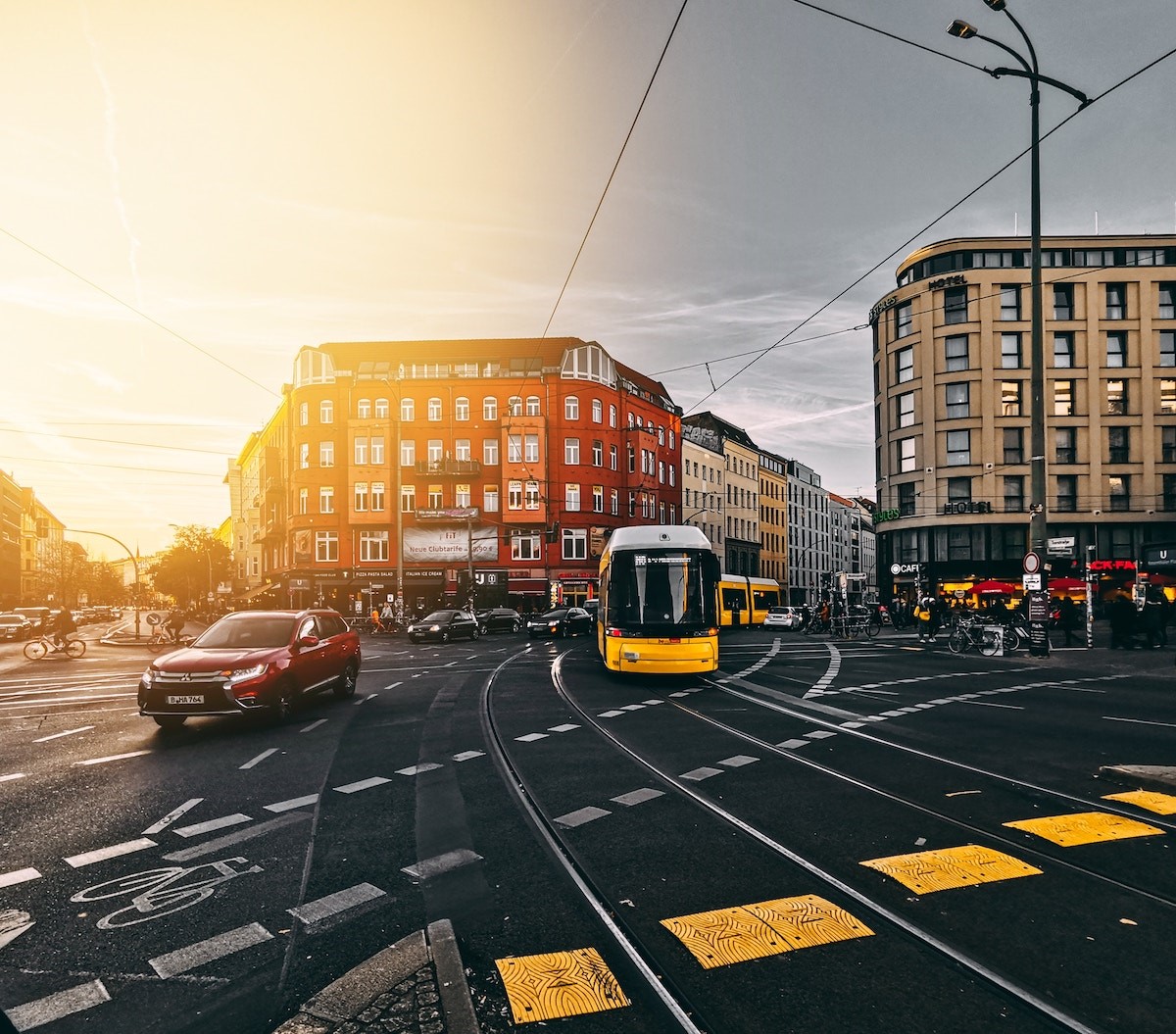 A tram in Rosenthaler Platz in Berlin.

If not the cheapest! The average meal will cost you about $8 and a beer will set you back about $3.80 (or as little as $1 if bought from a supermarket and enjoyed in a park – a common activity amongst locals.) Overall, you can budget as little as $42 per day if you’re traveling frugally.

Berlin is home to some of the world’s most interesting street art – so much so that one can take tours around the city dedicated to these impressive murals. Not only is the longest remaining section of the Berlin wall covered in colorful artworks, but large buildings in trendy areas such as Kreuzberg and Friedrichshain are often covered in artwork, too. 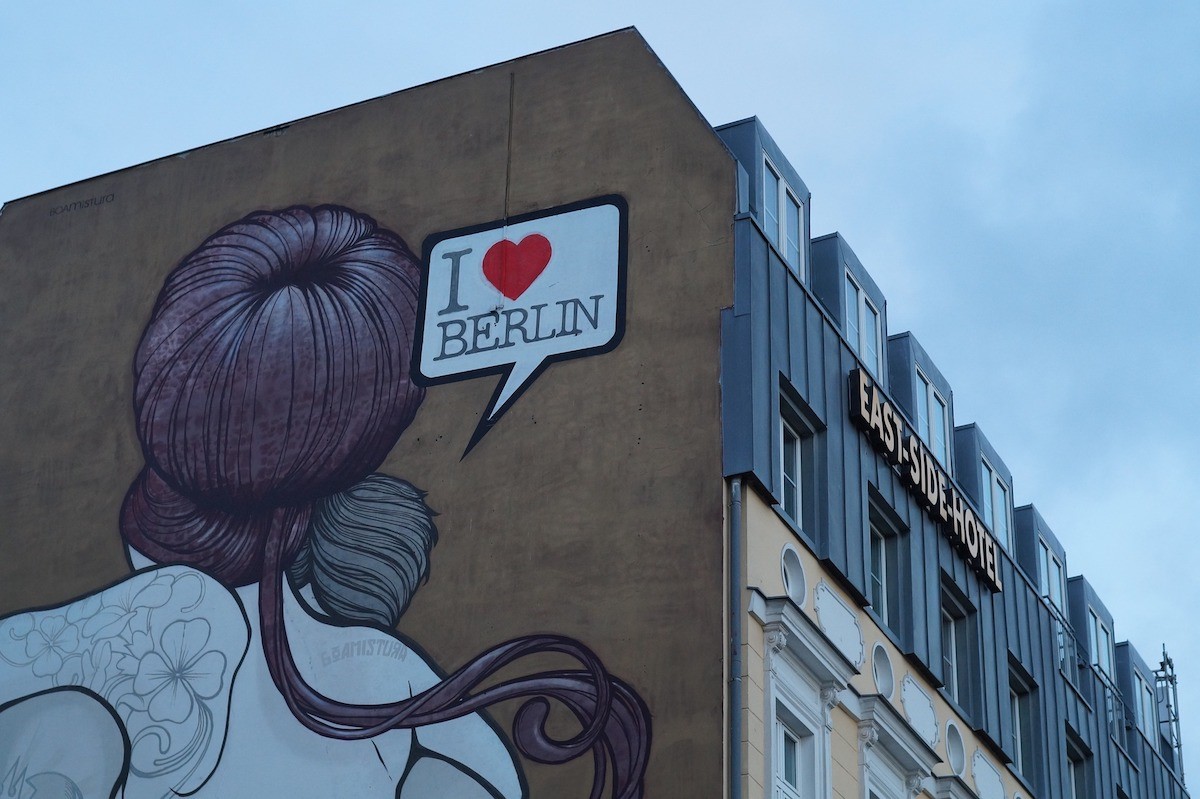 7) You can earn money if your flight is delayed

Flying in and out of Berlin can actually be a profitable endeavor if your flight is delayed! Being located within the EU, all flights in and out of the city are governed by EU law which requires airlines to compensate passengers up to $700 on some delayed flights. If you’re on a delayed flight within, to or from Europe, flight delay compensation can be claimed through companies such as AirHelp.

Berlin is home to the world’s largest indoor water park, Tropical Islands Resort. Located in an old airship hangar, this man-made island paradise is a mere 37 miles from the city. The temperature inside the hall is 78°F, making it the perfect getaway in the cold winter months. It houses the biggest indoor rainforest in the world, a white sandy beach, bars, restaurants, swimming pools, and waterslides (including the highest waterslide in Germany!) 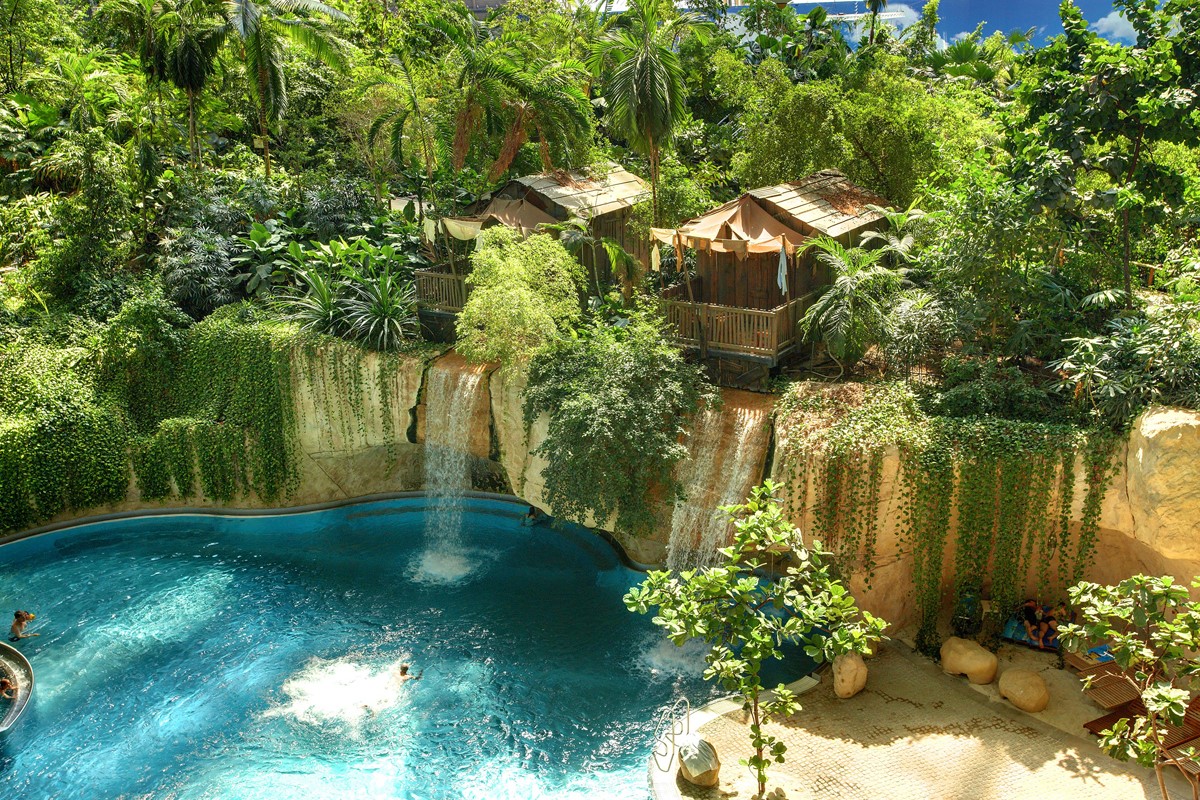 9) It’s the party capital of the world

If a party is what you’re after, then Berlin is certainly the city for you. Clubs are open every night of the week, with many of Berlin’s most well-known clubs open from Thursday-Monday with the party raging on all hours of the day. The city is best known for its techno scene, hosting many of the world’s most famous DJs in world-renowned clubs such as Berghain. However, there are plenty of clubs that cater to fans of hip-hop, house music, disco and more. Be warned, though: many clubs have a strict door policy, so be sure to read up on these before trying your luck at the door.

READ THIS POST
The Best European Food Cities and Cuisine

10) It has a fascinating history

Berlin has been an epicenter for turmoil over the last century. It was deeply affected by both world wars, only to be geographically split between the victors of World War 2. The divide between East and West Germany went right through the city in the form of the Berlin Wall, and Germany was only reunified in 1990, with the fall of the wall in 1989. Such a turbulent recent history makes for fascinating museums, historical tours, and sites, and has created a city of people that in no way takes their freedom for granted, which manifests as a particularly open-minded, somewhat hedonistic culture that is completely unique to Berlin.

Wie geht’s: How are you? (informal)

Wie heißen Sie? What is your name?

Ich komme aus…: I come from…

Wie viel Kostet das? How much does that cost?

Wo ist die Toilette? Where is the toilet?

Ich möchte bezahlen: I would like the check, please.

Können Sie mir helfen? Can you help me?

3 Indispensable Items to Bring on a Flight to Germany

About the Author Costea Lestoc