Things to do in Ybor City

If you think Tampa is only about the Super Bowl and warm weather, you haven’t taken the two-hour Ybor City Walking Tour in the historic Latin Quarter on a brisk Florida winter day. For $6 this is literally one of the best-priced deals in Tampa. Its right up there with a movie at the old restored Tampa Theatre.

Carl, our guide, really knew his local history and shared it clearly and succinctly. He could answer all questions and was patient even when two cell phones went off at once. We were a group of 20 adults of varying ages and backgrounds wearing comfortable shoes. Many on the tour were surprised how cold a day it was for Florida. The group met after purchasing tickets in the eclectic museum store alongside the yellow-bricked Ybor City Museum at 1818 9th Ave.

Ybor City Walking Tour: The Past Meets the Present

The museum, once a bakery, is part of the state park system. The charming park services specialist, Douglas “Alex” Kinder, was on hand to greet folk. After a brief video Carl took us on a tour of the museum pointing out things we might have missed had we been our own (really). I don’t want to give too much away but the reason parts of 7th Avenue Ybor are reminiscent of a street in downtown New Orleans is because some Romanian Jews migrated from New Orleans to Ybor bringing some of their style with them. They were just a part of the influx.

Of course we saw a cigar worker in the museum demonstrating hand rolling cigars the old way. He seemed surprised none of our group spoke Spanish. Although Ybor is a Latin community, English is usually spoken wherever tourists tread. The population mix of original Ybor was not only Cuban but Spanish, German, Sicilian, and Jewish. Add to that Teddy Roosevelt and his Rough Riders who spent some time here and you have a fascinating conglomerate of society.

Next, the tour takes you to the cigar making area. Did you know the first cigar roller here was not Cuban? Then on to the Cuban Club, the Italian club, the old hotel which was said to house an elegant brothel, theaters, the old water supply shed, restaurants, and back to the museum and shop.

With our guide we walked on original brick roads to enter one of the casitas, the houses sold to the cigar workers so they would have community ownership and stay.

Curious to know why cigar workers were sometimes considered to be the best-educated blue-collar workers in the country, why the all-wood pine houses had alternating planks of wood or to find out the one thing you can’t escape from in Florida (no, not hurricanes)? Interested in the dual role the iceman played aside from the block of ice for the icebox. I can’t spoil everything! You’ll have take the tour to find out.

Would I take the tour again? Definitely, and I have lived in Tampa for over 2 decades… so surely you too will enjoy it.

After the tour, you may be directed to the original Columbia restaurant founded in 1905. It is easily recognized by the beautiful original mosaic tile and easy to find because everyone in Ybor knows where it is. Certainly if Marilyn Monroe, Rocky Graciano, and Babe Ruth ate there, so should you. Try the original 1905 salad and the exquisite homemade sangria. In fact, try anything on the menu, you won’t be disappointed.

Once sated, it’s time to stretch your legs again. Obviously, you are going to want to see more of those famous cigars or at least take one home as a souvenir. Roberto & Abraham Ramirez claim the best handmade cigars in the country. Then stroll along 7th and 8th Avenue checking out the vintage clothing shops such as LaFrance, Jezabelle’s, and Mermaid’s Slipper, among others.

Tired? Centro Ybor, the 2-story entertainment center in the heart of Ybor has movie theaters, cafes, and an IMAX 3D screen. Rest your legs while people-watching with a cup of Cuban coffee or go American with a Coca Cola and a current movie in the darkened theater.

Sometimes local music is playing in the plaza of Centro Ybor, so be ready to salsa. Enjoy your Perfect Day in the Latin Quarter. If you don’t hear lots of Spanish spoken, you just haven’t been listening. 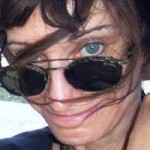 About the Author Amy Andersen