Around the world and throughout time people have wanted to fly. Airplanes let us follow this dream. They carry our hearts and imaginations into the sky. The kingdom of Babylon mints a coin with its king riding on the back of an eagle. A Chinese prince floats over the city of Ye, his body strapped to a kite. A Spanish inventor, wearing a set of cloth wings, survives his leap from the minaret of the Mosque of Cordoba. 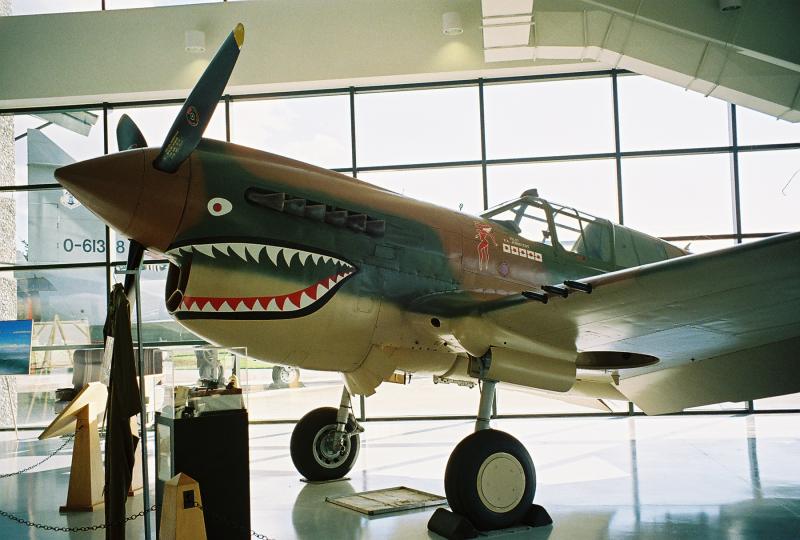 If you’ve got a young aviator in your family, or if you like planes yourself, make a date with the Evergreen Aviation & Space Museum in McMinnville, Oregon. It’s the perfect spot to explore this colorful discipline. Here you’ll find the first, largest, and fastest airplanes ever built. There are two buildings in the complex: one for aircraft and one for spacecraft. You don’t have to know aviation to enjoy the exhibits. Evergreen was built with the general public in mind.

McMinnville is about an hour and a half’s drive from Portland. Time your arrival to catch the museum’s free guided tour that starts at 11:00 AM daily. The tours offer the human interest stories behind the planes. Although there are storyboards in front of each exhibit to explain what you see, the tour guides’ stories make these machines come alive. 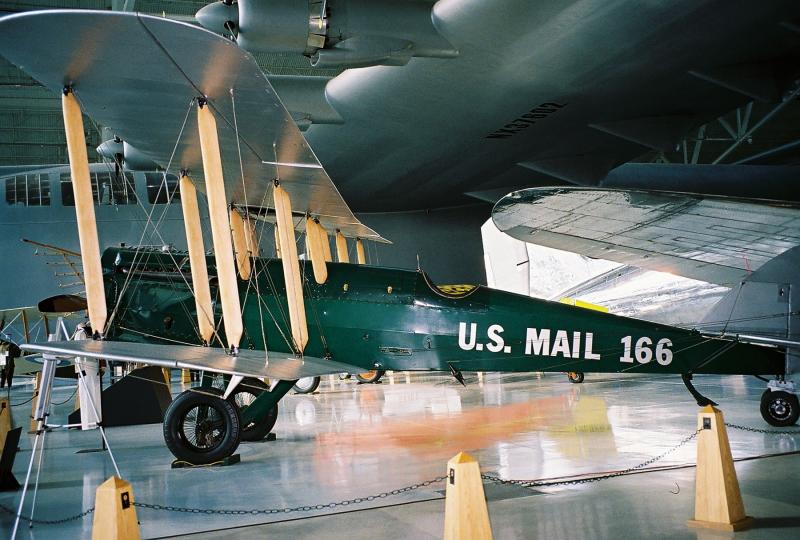 As you view the exhibits, look closely at the replica of the Wright Flyer, which carried bicycle mechanics Orville and Wilbur Wright to fame in 1903. Try, with your youngsters, to find the bicycle parts built into the frame. Also, imagine lying in a cradle between the wings and wiggling your hips to keep either wing from tilting down!

You can’t miss the Sopwith Camel made famous by Snoopy the beagle and his nemesis the Red Baron. Cartoon fantasy aside, this neat little bi-plane ran on biofuel. Its gas and oil were made from caster beans. Did you think the white scarf that a flying ace wore was just for show? Your tour guide knows its practical uses, and after you’ve heard a few aviation anecdotes, you’ll know, too!

Next, rediscover how versatile planes are. As you pass the DH-4 de Havilland, you’ll see the only American-made plane that fought with the US Air Service in World War I. In 1918, it became the mainstay of the newly formed US Mail Service. This museum’s de Havilland is also a movie star: it appeared in the film The Spirit of St. Louis about the life of aviator Charles Lindbergh.

As you add up the jobs planes do in daily life, don’t forget crop dusting, medical evacuation, reconnaissance, and weather monitoring. Ask your young barnstormer why bi-planes are so popular with stunt pilots. If neither of you know, stop under the bright red Pitts S-2B Special, hanging from the ceiling, and let its storyboard tell you why.

Of course, no air museum is complete without planes used in national defense. The TBM 3E Torpedo Bomber is the plane shot from under George Bush Sr. when he earned his Distinguished Flying Cross in World War II. Your jaw will drop when you see that the mighty B-17 has an armhole on its nose for reaching out to wipe off the windshield!

The shark-tooth design on the “Flying Tigers” Curtiss P 40N Warhawk is still blood-curdling. A Soviet MiG 17 and an American F-86 sit in chilly proximity. Get up close to a German Messerschmitt, the most successful fighter of World War II. Although it and the Luftwaffe (a German term for “Air Force”) ruled the air in the first years of the war, the Messerschmitt was hard to fly. Study it for a moment and you can see why (the cockpit was so small the pilot could barely turn his head around).

The pièce de résistance of the Evergreen complex is Howard Hughes’ Spruce Goose, made mostly of birch (light and strong) not spruce. A “flying boat” for 750 passengers, it flew once and now dominates the museum by its sheer bulk. The Spruce Goose story is one of the superlatives that will wow young and old alike. So let yourself be amazed by this plane. Inside it’s over 120 feet long-farther than the Wright brothers went on their first flight!

After your tour, stop by the Flight Zone, a play space in the museum with flight simulators set up for children. Then visit the Spruce Goose Café to refuel your engines. Right in the museum, you can get hot or cold sandwiches (the cold vegetarian with tomato cream cheese on hazelnut bread is delicious) or a salad, and a bowl of bison chili. Youngsters can get a beef hot dog or cheese quesadilla. Or maybe they’ll want a tuna, cheese, or P&J sandwich made the way they like: with the crusts cut off.

After lunch pay a visit to the space museum, across the courtyard from the aviation museum. The space museum charges separate admission and offers self-guided rather than docent-led tours. The Apollo program is well documented here, including the Apollo 1 launch failure that took the lives of three astronauts. There’s also a model of Apollo 11’s Lunar Roving Vehicle (LRV or “moon buggy”) for those who like to imagine driving on the moon. Check out the Russian Photon space capsule. In 1990, it launched 1,500 pounds of equipment into space to conduct scientific experiments.

For a break, take in a 50-minute film about the Blue Angels at the museum’s IMAX theater. The film’s last showing is at 3:30 PM daily, but check with the museum for later showings on weekends. The film is not included in the museum’s general admission. When you’re ready to bring your crew back to earth, the return to Portland is a little over 50 miles.

Directions: Outbound From Portland
I-5 South toward Beaverton/Salem.
Take Exit 294 for State Highway 99W toward Newberg/Tigard.
Keep right at SW Barbur Boulevard.
Continue on OR-99W south about 25 miles.
Turn left at the sign for SE Dayton Bypass/OR-18.
Follow OR-18 about five miles into McMinnville.
The entrance to the museum will be on your right.

Directions: Return
Make a left turn out of the museum driveway onto OR-18.
Continue east on SE Dayton Bypass about five miles.
Make a slight right at OR-99W and drive north about 25 miles.
In Tigard watch for the ramp to I-5 North.
Take the ramp to I-5 North and stay left at the fork for I-5 North Portland.
If you’re continuing to Vancouver, cross the I-5 bridge into Washington.