Imagine prairie grasslands and oak savannas surrounded by forests of Douglas fir. Lewis and Clark saw pristine wilderness when they reached Washington's frontier. Although Capt. James Cook failed to find a northwest passage to the Far East, he discovered a land rich in animal furs. Mink, otter, fox, lynx, bear, and especially beaver made 19th Century Vancouver a fur-trading dynamo, with a cultural, commercial, and political history worth exploring.

Imagine prairie grasslands and oak savannas surrounded by forests of Douglas fir. Lewis and Clark saw pristine wilderness when they reached Washington’s frontier. Although Capt. James Cook failed to find a northwest passage to the Far East, he discovered a land rich in animal furs. Mink, otter, fox, lynx, bear, and especially beaver made 19th Century Vancouver a fur-trading dynamo, with a cultural, commercial, and political history worth exploring.

Begin your day at the Fort Vancouver National Historic Site, home in 1825 of the London based Hudson’s Bay Company. The fort started not as a military base but a business enterprise. Before its zenith in 1860, it was heart and brains of a trading network stretching from Mexican California to Russian Alaska. Powered by a barter economy, Hudson’s Bay controlled two dozen posts, six ships, and 600 employees that included Europeans, 30 tribes of American Indians, and a group of Métis or mixed race people.

Enter the reserve on Vancouver Way, follow the roundabout, and turn right on Evergreen Boulevard. After passing two small parking lots, turn right again on the road that angles down to the Visitor Center. On the way you’ll pass Officers Row, a collection of Queen Anne, Italianate, and Classical Revival style mansions built and occupied by American Army officers in 1849 after the fort became a U.S. possession.

In the Visitor Center pick up a free map plus the 50-cent brochure Fort Vancouver: A Historical Tour and head to the fort, a five-minute walk from the Visitor Center. Your brochure shows how the fort looked in its heyday and which buildings are being restored now.

Take the fort’s one-hour self-guided audio tour that’s free with admission. Drop in on a ranger lecture and learn how dollars didn’t buy much here but beaver pelts did. Indians treasured European goods like cloth and guns. If they wanted a Hudson’s Bay blanket, it cost two beavers. A British flintlock cost four beavers. Other animals they could swap for one beaver included: 30 ducks, 16 salmon, six mink, 180 pounds of sturgeon, 15 geese, or five swans. Why the beaver? European demand for men’s beaver hats made this animal the fort’s gold standard.

When you’ve finished the tour, find the paved trail southwest of the fort and walk the historic land bridge over SR-14 to the Columbia River. The bridge reconnects the fort with Lewis and Clark’s route and the Klickitat Trail used by Plateau Indians like the Yakama, Umatilla, Walla Walla, Nez Perce, Wanapum, Cayuse, and Klickitat. Plateau and coastal Indians came to the fort from throughout the territory. Some lived there and worked as engagés: blacksmiths, coopers (barrel makers), lumbermen, dairymen, tanners, gardeners, farmers, and other manual laborers.

The land bridge is bike accessible though slippery when wet. It’s a botany buff’s heaven of native trees and plants used by the Indians, such as the huckleberry (for sauces), Oregon grape (basket dye), and serviceberry (pies, puddings, and Indian ice cream-a whip of fruit, honey, and snow). Walking the land bridge and back takes about 40 minutes.

The fur trade declined as settlers moved west. The reign of the beaver ended, but Fort Vancouver’s story did not. In 1905 a dirigible (a craft filled with gas like a hot air balloon) landed on the reserve and Pearson’s air field was born.

It’s a five minute walk from the land bridge to the air field that features a two-hangar museum with some of aviation’s earliest planes. Pearson, the oldest operating air field in the U.S is a friendly facility that offers the public Saturday flight simulator sessions run by a pilot. If you want to attend, call ahead to be sure they’re on.

The museum has a small but choice collection of planes, many of which still fly. All date to the “Golden Age of Aviation,” roughly 1903 to World War II. If you’ve seen Snoopy the beagle’s Sopwith Camel at the Evergreen Aviation and Space Museum in McMinnville, Oregon, now you can add the Red Baron’s Fokker DR-1 to your “war bird list.” Be sure to compare the museum’s French World War I Voisin bomber, which required two men to be effective (pilot and gunner), to the Baron’s tri plane in which one man aimed the plane and fired through the propeller.

To appreciate the imagination of aviation technology, don’t miss “Flights of Fancy,” Pearson’s exhibit of patents that never got filed. These include multiple balloon dirigibles, a floating airport, a combined helmet and parachute for a pilot, and a parachute for a plane.
[img_assist|nid=1154|title=|desc=|link=none|align=right|width=250|height=169]

From the air field it’s a short walk back to the Visitor Center and your car, where you can enjoy a picnic lunch or head for The Restaurant at the Historic Reserve in the Grant House on Officers Row. Though Ulysses S. Grant never lived in this house, he was Quartermaster here in the 1850s. With its lovely wrap around veranda, Grant House doesn’t suggest the frontier but is reminiscent of life in the American South. Favorite lunch selections include the pastrami Reuben sandwich on marbled rye, the Cobb salad, and beer battered halibut. You can also order vegetarian lasagna and choose from a list of over 200 Washington, Oregon, and California wines.

Though the Historic Reserve is Vancouver’s signature attraction, take a look at the Clark County Historical Museum in Vancouver before you leave town. Exit the reserve and head west on Mill Plain Avenue. Turn left on Broadway and right on 13th Street. Right again on Main. There’s two-hour metered parking in front of the museum on Main and 10 hour parking around the corner on 16th Street. The museum is housed in a Carnegie Library, one of 15 in a consortium of Washington libraries built by 19th Century steel magnate Andrew Carnegie.

The museum offers attractions like a current temporary exhibit on Seneca Falls and the Women’s Right Movement or the baby boomers and 1960s culture. Permanent exhibits include a general store with chilling observations about frontier medicine, where doctors had degrees but no licenses (or vice versa) and “pounded their own pills”.

The museum’s Indian basket exhibit is delightful. Ever wonder how woven bowls, serving trays, lidded boxes, trunks, hats, digging and gathering bags, and trinket and berry baskets were finished off? Knot ends were carefully scraped away with a clam shell.

Next, head north on Main Street to the Discovery Shop, a unique little store that sells gently used men’s and women’s clothes, house wares, jewelry, belts, ties, scarves, purses, books, CDs and more to benefit the American Cancer Society. Anyone who loves a bargain will love this shop. Everything is donated. You get 20 percent off if you buy on your birthday. You might even find your next Halloween costume there and you don’t have to pay for it with beaver pelts.

To refresh yourself before driving home, visit Mint Tea, a casual international bistro across from the Discovery Shop. Mint Tea offers vegan muffins, scones, and baklava throughout the day as well as almond butter sandwiches with jam or honey on eight-grain bread. Pick your beverage from the bistro’s organic teas, French press and drip coffees, micro brew beer and local wines.

If you visit on a Friday or Saturday night you can order dinner up to 9:30 pm. A specialty dinner like Greek spinach pie called Spanikopita-a filo dough stuffed with cheese and spinach-would be a delicious finale to a day exploring Vancouver’s history.

Clark County Historical Society and Museum to Discover Shop and Mint Tea:
Proceed north on Main Street to the Discovery Shop at 2011 Main. Mint Tea is across the street at 2014 Main. Metered street parking available. Some free street parking on Washington Street behind Mint Tea.

Mint Tea to I-5:
Drive south on Main Street to Mill Plain Boulevard. Turn left on Mill Plain and follow it out of downtown to the I-5 interchange.

Mint Tea to I-205:
Drive south on Main Street to Mill Plain Boulevard. Turn left on Mill Plain and drive about six miles to the I-205 interchange. 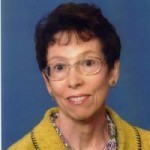 About the Author Catherine Crawford