Raleigh is often called the Smithsonian of the south, for good reason. The city has world class museums and the admission for a number of them is rather reasonable as in free! Downtown Raleigh is a city center easily made for walking and most of the major museums are easily within walking distance of each other. In addition, a free bus service runs daily (the R-Line). Three museums we visited are the following:

North Carolina Museum of Natural Sciences is one of the top museums in the entire state and is over 130 years old. Four floors of exhibits, live animals (enough to qualify as a medium sized zoo!), and hands-on activities can easily occupy ones time for half a day or longer. 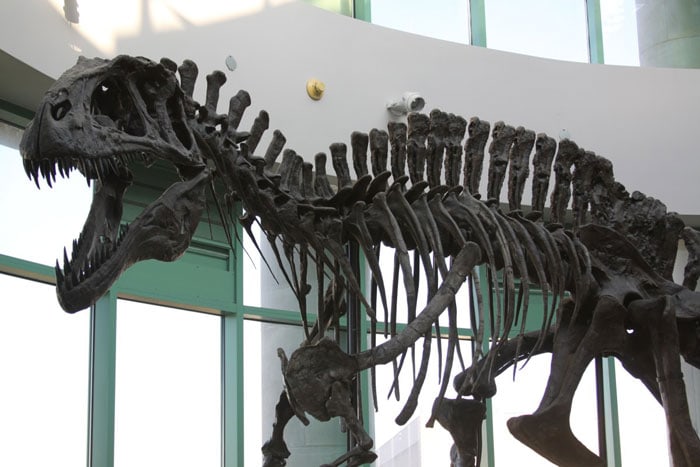 Select highlights include a hanging skeleton of a massive Blue Whale that died on the North Carolina coastline (the skull by itself weighs 3 tons), a living conservatory (feels like your in the tropics), “Willow” the only dinosaur discovered to date with a fossilized heart containing four chambers and a single aorta, and “Underground North Carolina” a collection of some of the states most beautiful gems and minerals.

This is a serious science museum and it is about to take its exhibits and education to the next level in 2012 when the Nature Research Center opens. The Nature Research Center is currently under construction to the tune of more than 100 million dollars. Once completed it will connect via a raised walkway to the main museum. This 80,000 foot center is part of Green Square, 2 blocks of eco friendly buildings. Solar panels are used and rainwater from the roof will be caught in cisterns to use for toilets. The center hopes to be certified LEED Gold when completed. A giant globe of the world sits outside and is the center piece of the complex. It will contain multi-media presentations on a 40×40 foot screen and will broadcast science news via live feed to schools across the state.

One of the museum’s popular annual events is a “Bug Fest”, a festival dedicated to insects. For adventurous eaters, local chefs are on hand preparing flavorful dishes using bugs. A 24-hour open to the public grand opening celebration will be held on April 20th and 21st, 2012. Admission is free. Visit: www.naturalsciences.org

North Carolina Museum of History has opened its largest exhibit ever, “The Story of North Carolina” – this detailed exhibit covers the state’s history from its earliest inhabitants through the 20th Century. The exhibit is so large that it is divided into two parts – up until 1830 and then key periods in the state after 1830 including the Civil War, the Great Depression, both World Wars (North Carolina had a 106% enlistment for WWI) and the Civil Rights movement. Did you know that North Carolina was home to the first gold rush in the United States in 1799, 50 years before the California Gold Rush? Another first – the first attack by a German U Boat in World War II occurred off of North Carolina’s coastline. 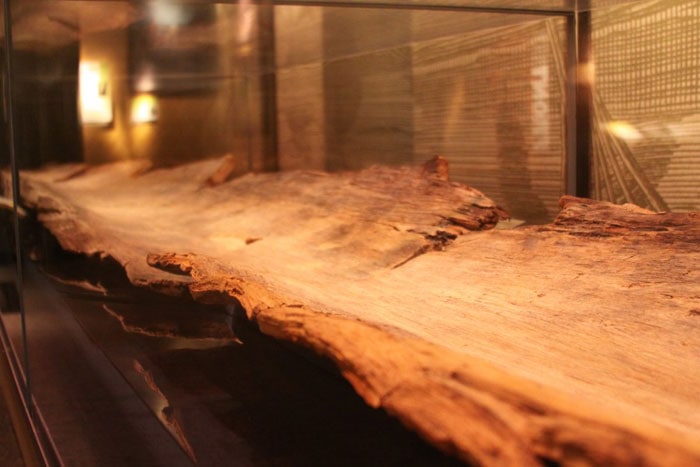 “The Story of North Carolina” is an exhibit that appeals to all ages. There are even several interactive displays meant for children including how to milk cows and how much a milk bucket weighs when it’s full of milk. Highlights of the exhibitions include a dugout canoe nearly 3000 years old, the state’s 4th oldest home (part of the roof was permanently removed to fit in the exhibit), uniforms and weapons from the Civil War, objects recovered from Blackbeard’s flagship, “Queen Anne’s Revenge” and a display on the state’s “Big Three industries” 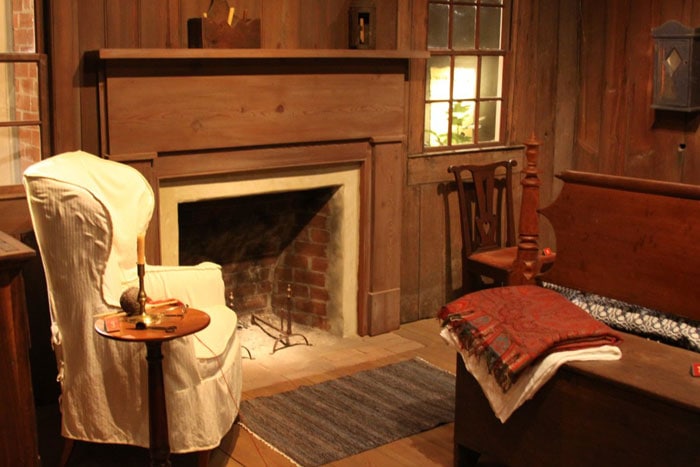 While not in downtown, the North Carolina Museum of Art is well worth a visit. It is located about 20 minutes from downtown Raleigh; parking and admission to the permanent collection exhibits are free. Museum Park encompasses 164 acres, includes several short trails, green fields, creeks and woodlands – the art museum is its centerpiece. A new 127,000 square foot gallery building opened in 2010 to house the museum’s permanent collections and the older museum next door is setup for rotating exhibitions.

The museum often offers a treasure trove of pieces in their rotating exhibition galleries. Case in point is the Rembrandt in America exhibition running through January 22, 2012. It is the largest collection of Rembrandt paintings ever shown in an American Museum and consists of approximately 50 paintings including 27 that contain his autograph.

Rembrandt was a master painter; his genius is evident especially in this exhibition which shows such a diversity of his works. The exhibition also explores the “school of Rembrandt” and several paintings are shown that were initially thought to be Rembrandts but have since been disproven. Below is a video of curator Dennis Well’s comments on this show. He spent 5 years putting this once in a lifetime show together. For more information on the North Carolina Museum of Art visit: www.ncartmuseum.org

Dennis Weller, Curator of the North Carolina Museum of Art

The official tourism site of the city of Raleigh is: www.visitraleigh.com
– be sure to take their Destination i.d. – a short quiz which identifies your personality (one of seven) as it relates to visiting Greater Raleigh.

Dave is an International travel writer who has been writing professionally since 1996. He is the founder of Dave's Travel Corner, an International travel community. In addition he has a passion for wine - having founded the Napa Wine Project, a 10-12 year project which involves visiting, tasting with and writing reviews of all wineries (approximately 900) in Napa Valley, California.