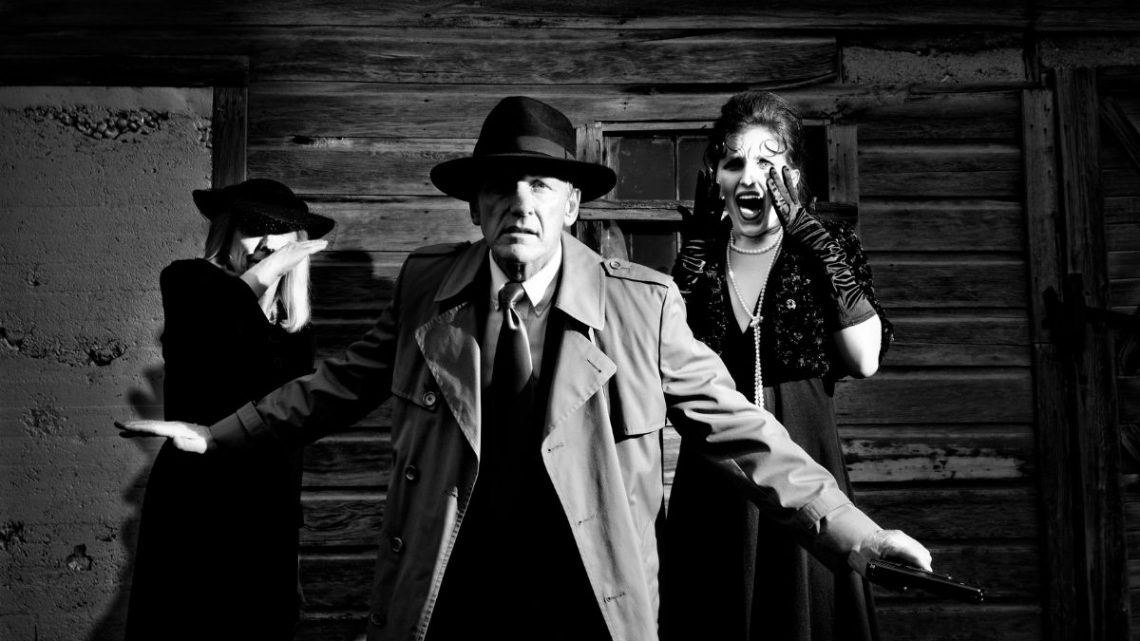 The allure of Film Noir, those dark downtown thrillers have mesmerized viewers since they began in the 1940s. These steamy, seamy tales of hardboiled P.I.s, of good cops gone bad over a dame, and smoldering femme Fatales in sinister bars top the list of cult classic favorites. 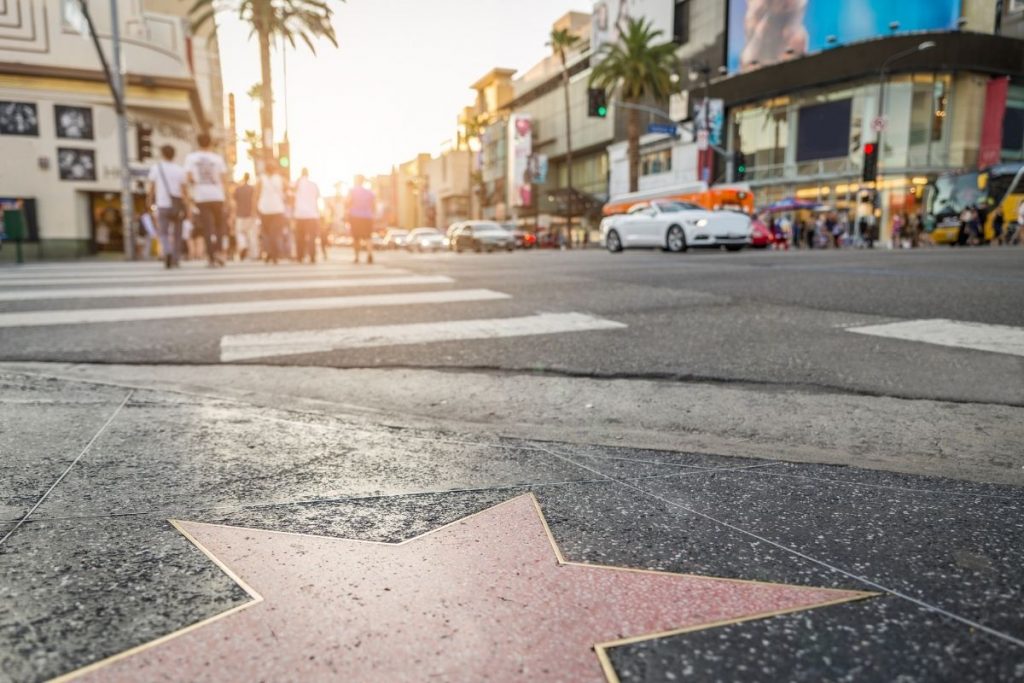 Los Angeles Film Noir: A History of Then and Now

The true hero of these dark thrillers though is the city of Los Angeles itself. Unlike the noir characters, the city never dies. Classic Film Noir includes Double Indemnity, Sunset Boulevard, and Kiss Me Deadly of the ’40s and 50s and these begin the noir style.

Newer landmarks of the ’70s: Chinatown and The Long Goodbye are feasts for hungry fan’s imagination. Los Angeles Film Noir is an important chapter in noir cinema and one you can explore throughout the city.

What is film noir? 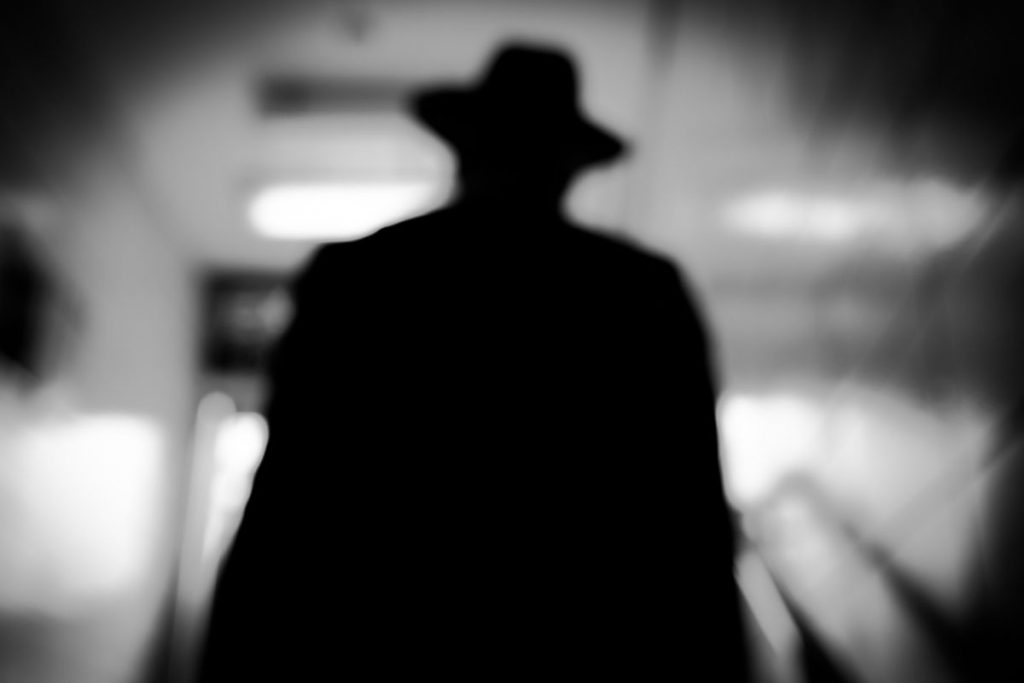 It’s a style or genre of cinematographic film that focuses on a mood of pessimism, fatalism, and menace. It’s a term used primarily to describe stylish Hollywood crime dramas, particularly those that emphasize cynical attitudes and sexual motivations. The 1940s and 1950s are generally regarded as the “classic period” of American film noir.

Today the streets of Hollywood look more like a cheerful and sun-drenched theme-park impersonation of its own dark past. These days, visitors admire their favorite Film-Noir movies and noir character actors in the Wax Museum on Hollywood Boulevard or take a tour of stars’ homes, or if more morbidly inclined, embark on one of the Graveyard or Dearly Departed tours through Hollywood’s long-gone noir glory.

Noir L.A. is alive, lurking, waiting to grab the viewer.

Begin your day at Kelly’s Café at the Kodak theater on Hollywood Boulevard. Peek out from behind your newspaper, to observe the unsuspecting stream of tourists. An imaginary drop-dead gorgeous Veronica Lake look-alike beckons.

Weave your way out of the throng of visitors that flock around Grauman’s Chinese Theater on Hollywood Boulevard and follow your very own fantasy noir heroine deep into the streets of Hollywood. 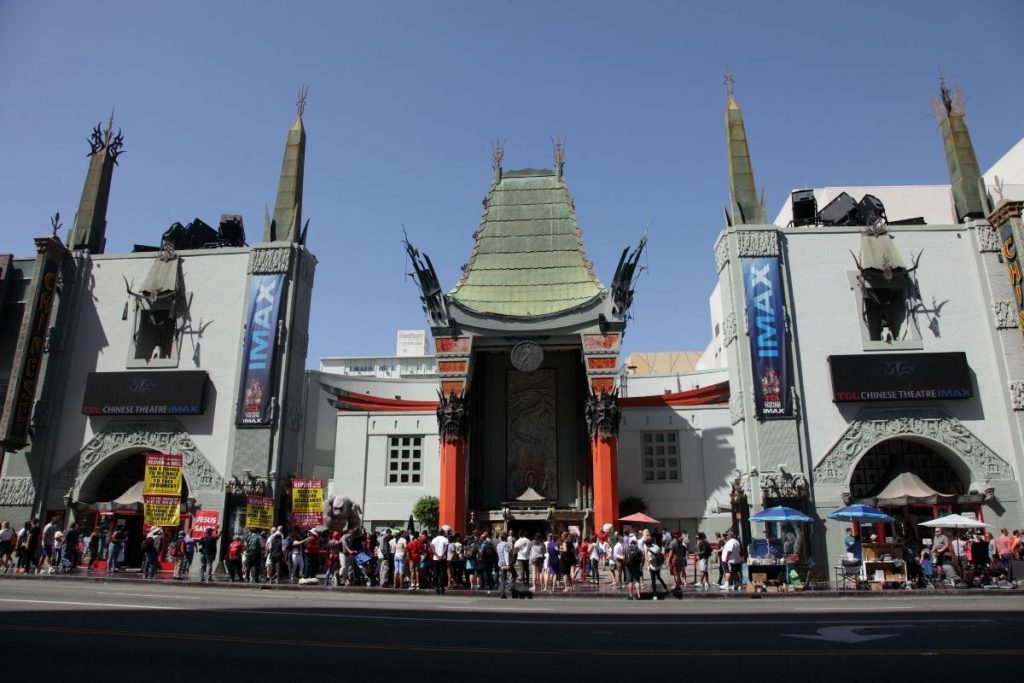 Catch a fleeting glimpse of her as she soaks in the sun behind dark shades on a courtyard bench at 1575 Crossroads of the World. Built in 1936 to look like an ocean liner with a rotating globe on top, the building’s appearance is pure decadence as featured in L.A. Confidential. But wait, the elusive heroine is already gone, leaving just a whiff of her sultry scent.

Follow her trail up to the historical Egyptian Theater where the American Cinematheque holds its Annual Film Noir Festival. Just a stroll away at Musso and Frank’s guests soak up a real-life noir moment in the legendary restaurant’s ultimate noir ambiance. It’s here where Raymond Chandler wrote ‘The Big Sleep.’

There is Veronica, her eyes blazing behind her long bangs that curtain the side of her face; waiting teasingly behind the wheel of a black 1959 Cadillac limousine. Jump in and breeze past deco mansions, Spanish bungalows, and Tudor cottages to the Formosa Café. Across the street from the former Warner Brother’s studios, the 1939 Chinese restaurant transports visitors back in style to the heights of the noir era.

A former railroad corner road car, the café was a regular hangout (and thriving bookmaking operation) to likes of Humphrey Bogart and Lana Turner. Around back, there is a darkly-lit red leathered bar few but the locals know about, where you can immerse yourself in the Formosa’s noir embrace, and pretend you stepped right back into L.A. Confidential which was also shot here.

Ok, enough of Hollywood. What about downtown, Bunker Hill and Chinatown?

‘Just say the word babe and we’ll get you there’. The imaginary noir heroine seems to anticipate your every whim and desire. Beneath the kitsch and tourist bustle, Chinatown is a vibrant maze, where paranoia and potential betrayal lurk at every corner. The atmosphere is memorialized in the first classical Neo-Noir, Roman Polansky’s Chinatown with Faye Dunaway. 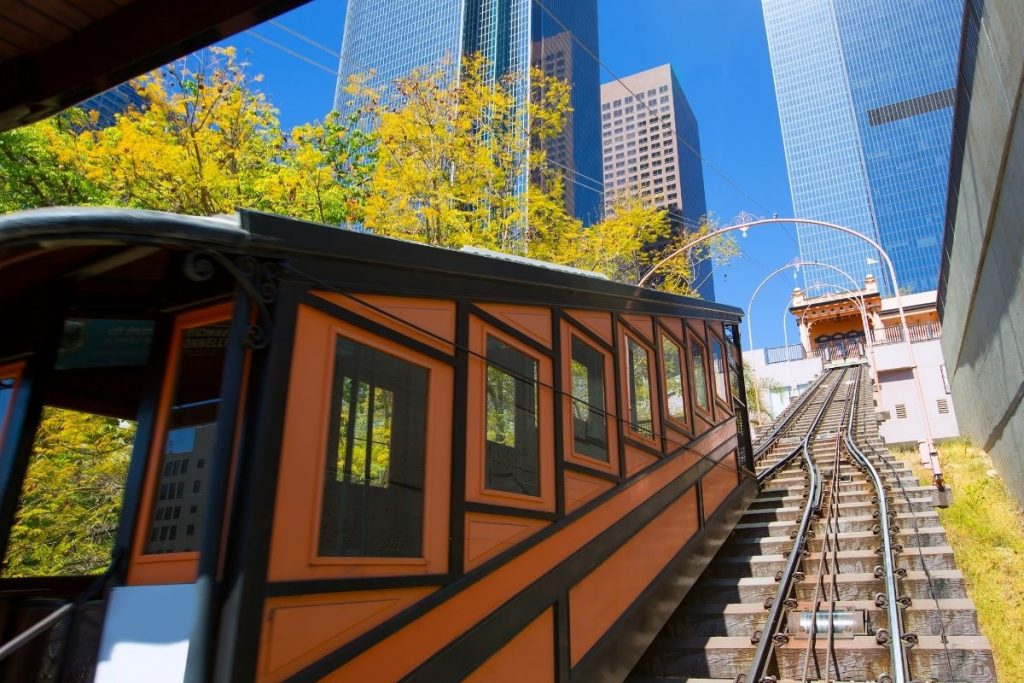 Follow Hill Street down past lavish two-story Victorian mansion towards Bunker Hill to ‘The Angel’s Flight’ tramway. Known as the “Shortest Railway in the World,” it opened in 1901 and was featured in Robert Aldrich’s 50’s cult classic, Kiss Me Deadly. Angel’s Flight was shut down after a fatal accident in 2001 but after extensive repairs is scheduled to reopen in 2008.

Catch up with Veronica, already some steps ahead, at the nearby Bradbury Building at 304 South Broadway and Third Street. Blade Runner, the neo-noir classic that twisted the genre in a futuristic sci-fi direction was filmed here. A red-brick block outside, the building enchants on the inside with a central courtyard illuminated by skylights, wrought-iron grillwork, and open-cage elevators. 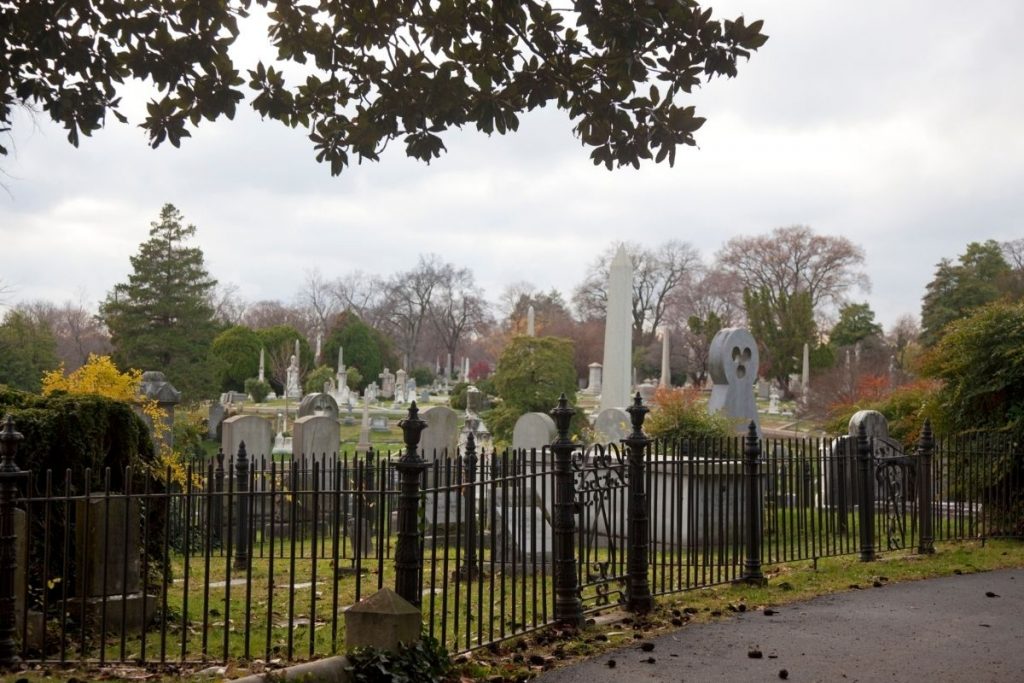 There will be an outdoor movie screening at nine in the evening. Bring your own picnic, trance to throbbing dance music and afterward soak in the movie featured for the night. ‘Nice and easy, buster’ Veronica whispers coolly into your ear. It might just be your favorite noir thriller that flickers across the dark sky tonight.

Round out your perfectly thrilling day with a night out on the town at the big clubs on the Strip. There are many along this stretch of Sunset where you can club ’til you drop and finally crawl home in the wee hours of the night.

Only in Hollywood the ‘noir’ thrills never seem to end. 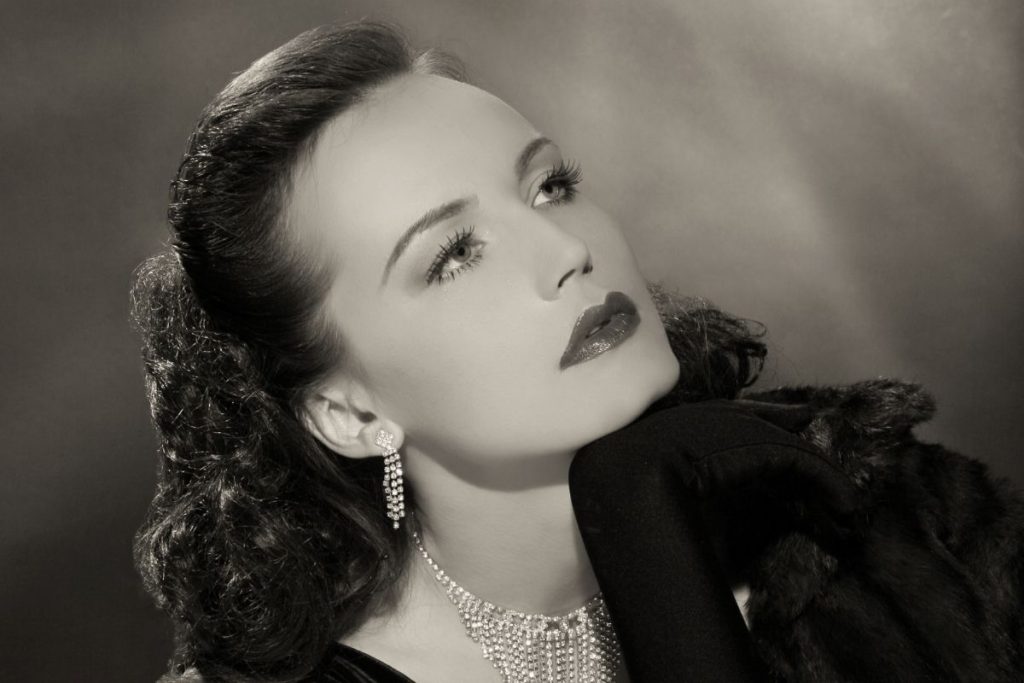 Film Noir includes some of cinema’s greatest filmmakers including Orson Welles, Howard Hawks, Billy Wilder, and John Huston. Directors who specialized in the genre include Robert Siodmak, Fritz Lang, and Otto Preminger. The meaning of Film Noir focuses on stylish Hollywood crime dramas. Below are just a few of our favorite Noir Cinema flicks. 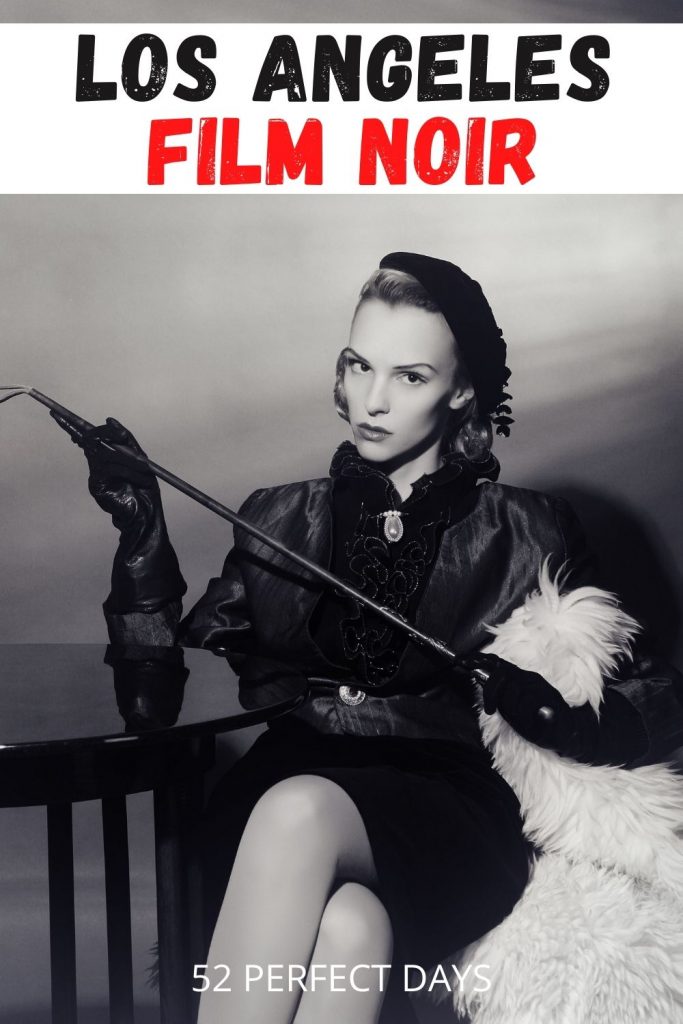 About the Author Silvia Kratzer