Question: Roland, how would you spend a perfect day in Coronado?

I’d stay at the Del Coronado Hotel. It’s the best hotel in Coronado as far as I’m concerned. It’s an amazing hotel and it’s where one of my favorite comedies of all time was filmed, “Some Like it Hot”.  The movie “Stuntman” was also shot there.  There are so many people who have stayed at the Hotel Del, but my favorites were Brad Pitt, Jack Lemon, Tony Curtis and Marilyn Monroe. Three of those people were in “Some Like it Hot” and obviously it wasn’t Brad Pitt because it was filmed in the 1950’s.

I’d have breakfast at Sheerwater restaurant at the hotel and then I’d go to the beach and hang out. The beach is so fun at the Del. There is a guy named the Sandcastle Man who does amazing sand castles. He is there almost every weekend and he told me is really busy around Valentine ’s Day making sand castle proposals. When I was there he was making Halloween gravestones and monster sand castles. 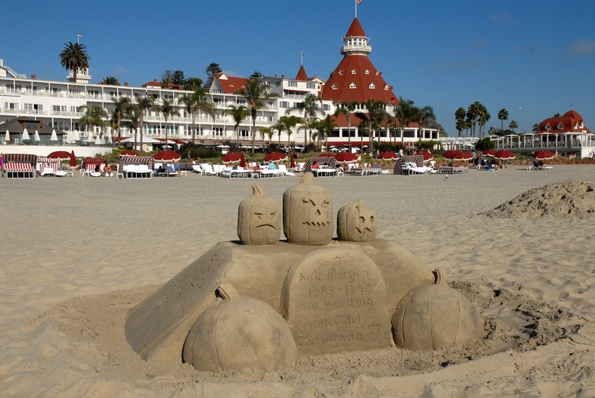 There are also really cool tide pools right in front of the hotel.

Question: What would you do after the beach?

I’d have lunch and go to the pool.

Question: What was your favorite part about staying at Hotel Del?

Well back in 1892—five years after the hotel opened—Kate Morgan stayed at the hotel. She was traveling with a conman—but they don’t know who he was. He could have been her brother, her friend, her boyfriend or it could have been anyone. They think both were con artists. She came to the hotel by herself and said she was waiting for her brother, but most people today think she was waiting for her boyfriend. He never showed up and Kate was found dead on the stairs at the hotel. Some people believe it was murder and some people believe it was suicide.

Kate’s ghost is said to haunt the hotel. She stayed in room 3327. I stayed in room 3357—just down the hall from her room. It was a little creepy when I walked past the door to the room she stayed in. But don’t worry because she doesn’t hurt anyone.

Question: If someone visits the hotel, where is the best place to learn more about Kate?

Probably the 1888 shop because the people who work there know a lot of things about her. For example there is a certain corner in the shop (the left corner when you walk in) where they have the most occurrences from Kate, like things falling off the shelves and the lights blinking.

For example, when you walk into the Del Coronado Hotel you will be standing exactly where Brad Pitt, Jodie Foster and Marilyn Monroe were standing.

Question: Do you recommend any other places to visit while you are in Coronado?

Well, the shopping area of town is right down the street from the hotel and you can walk there. I really liked Miguel’s for lunch. There also is a candy shop that has caramel apples and tons of candy. It also has some weird candy like deep friend crickets with cinnamon. 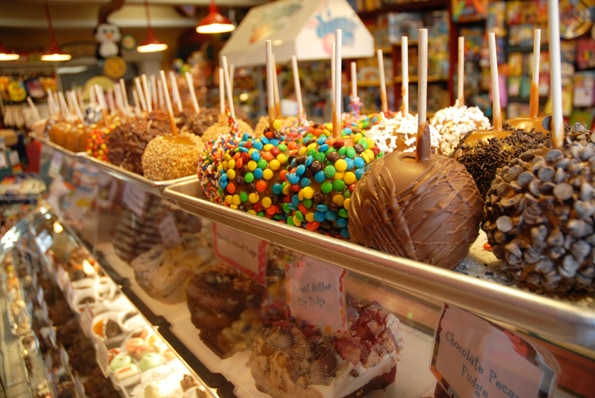 I also really liked the museum at the visitors’ center. It has a lot of Navy Seal history and information. For example, did you know the Navy Seals train dolphins?

This is what it looked like from our room at sunset! 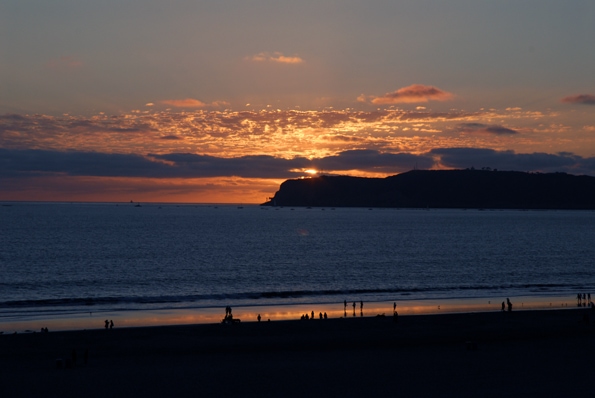 Click here for more information about the Hotel Del Coronado.