Why Montreal, Canada Is An Awesome Getaway 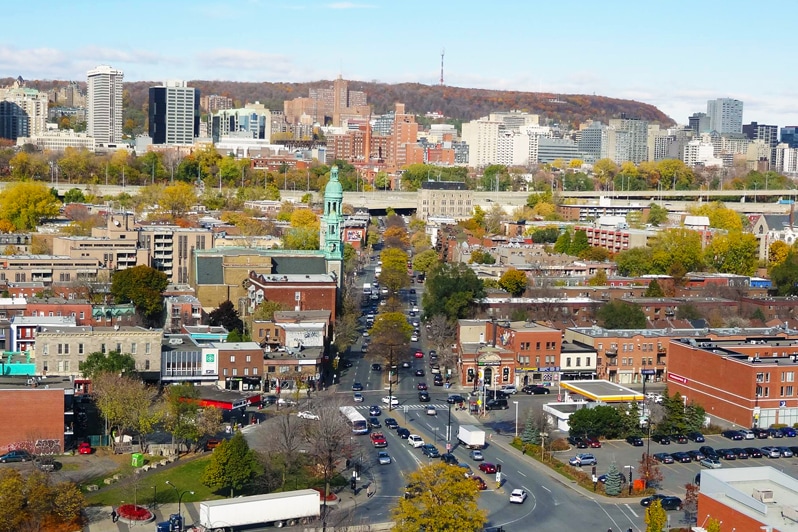 I think when most of us picture Canada, we think of breathtaking nature and snowy landscapes. That’s not to suggest people aren’t aware that there are several wonderful modern cities north of the American border, but rather that they don’t often jump to the forefront of Canadian imagery. I would argue, however, that the cities are among the best places in Canada to visit. And in particular, Montreal makes for an awesome getaway, whether you’re looking for an unorthodox spring break or bachelor/bachelorette party or you just want to experience a new place for a week.

Here are a few reasons I feel this way.

The Mont-Royal Is Worth Scaling

When I say “scale” it makes this sound like more of an adventure than it actually is. Really, this is a large hill (though a volcanic one) that overlooks the city and some of the pretty areas beyond. Reading through a local’s guide to Montreal, which I’d recommend for additional research, I noticed it was referred to as the best place to start off your journey, and that’s definitely a nice thought. The views are quite nice, and it’s a good opportunity to oversee the areas you’re about to explore for the duration of your trip. For the same reason, I’d suggest it as a way to cap off the experience as well, perhaps for a sunset on your last night in town.

This is true in most major North American cities, but there may be more interesting bars in Montreal than just about any place not named New York City. Bar Le Royal is a cozy little place for some of the best cocktails you’ve ever had, Perché Bar Terrasse is an unexpected rooftop lounge that can feel almost tropical on a nice day, and Broue Pub Brouhaha is a perfect place to hang out if you just want to enjoy some great draft beers with friends. Mind you these are only three of many, many options, but they get the point across rather well.

The Casino Is A Blast

Canadians are lucky in that they can play casino games pretty much whenever they please. Online casinos are legal with the result that they’re perfectly public; people can search for casinos, read reviews of the games, and play at their leisure. Even that will be appealing to some American tourists. But in Montreal you can go a step further and enjoy arguably North America’s best casino outside of Vegas or Atlantic City. It’s an awesome establishment, built like some kind of lit up space ship on the Notre Dame Island, on the St. Lawrence River. You can dress up, hit the gaming tables, enjoy some “country-style” whiskey cocktails, and even play a version of roulette that involves a real mechanical bull.

The Old City Is Charming

Old Montreal, or “Vieux-Montreal,” is about as charming an area as you’ll find in a major city. It speaks to the city’s long history with cobblestone streets and the occasional horse-drawn carriage that will still pass by. But mainly it’s a place for walking and mingling with locals and tourists alike, passing by shops, cafés, and clubs. It’s one of the better areas in which to find a place to eat as well. One restaurant in particular, Le Club Chasse et Peche, has one of the better reputations in the city. Indeed, a 2006 writer even warned readers that a review would be longish “because it was unbelievable!”

The Biodome Is Awesome

I know, you don’t really want to be told that there’s a cool aquarium or zoo in a foreign city, because they exist pretty much everywhere. But the Biodome in Montreal is fairly unique in its design. You basically walk around a single, large dome that contains multiple environments within its boundaries. You’ll find polar wildlife, local wildlife, and some more tropical areas where there are monkeys and the like. Particularly if you visit Montreal when it’s colder or you happen to get a rainy day, the Biodome is well worth an afternoon’s attention.

Montreal, Canada Has Lot’s of Flights

Travel from the United States into Canada is simple. Finding airfare and ticket deals for cheap flights from USA to Montreal is as easy as a Google Search. The hub airport is Montreal Pierre Elliott Trudeau Intl and from the United States; Air Canada, United Airlines and Delta fly the most to Montreal.  The most popular route is from New York, and Air Canada, United Airlines & Delta fly this route the most. Air Canada Flight Information is your first source to find the best deals.

About the Author Lauren Summers