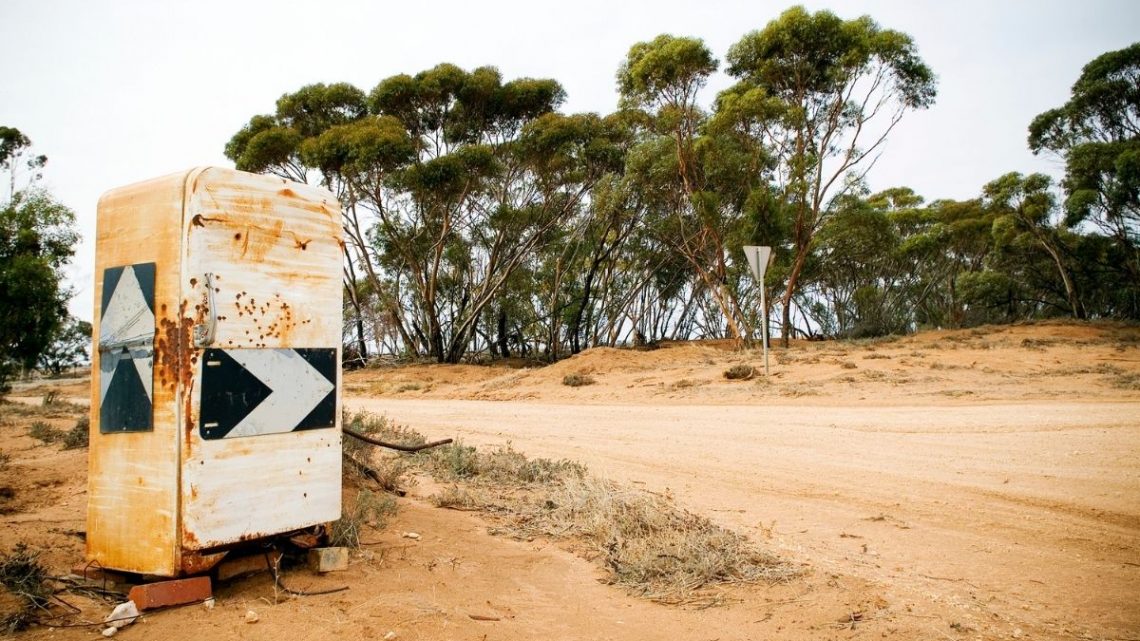 If you enjoy bizarre stories or very strange and unusual customs from around the world, this is the perfect article for you! Below you’ll find weird things you could experience while traveling. Crazy pranks during travel and some of the oddest and weirdest travel tips!  The latest update on this article is from May of 2021. 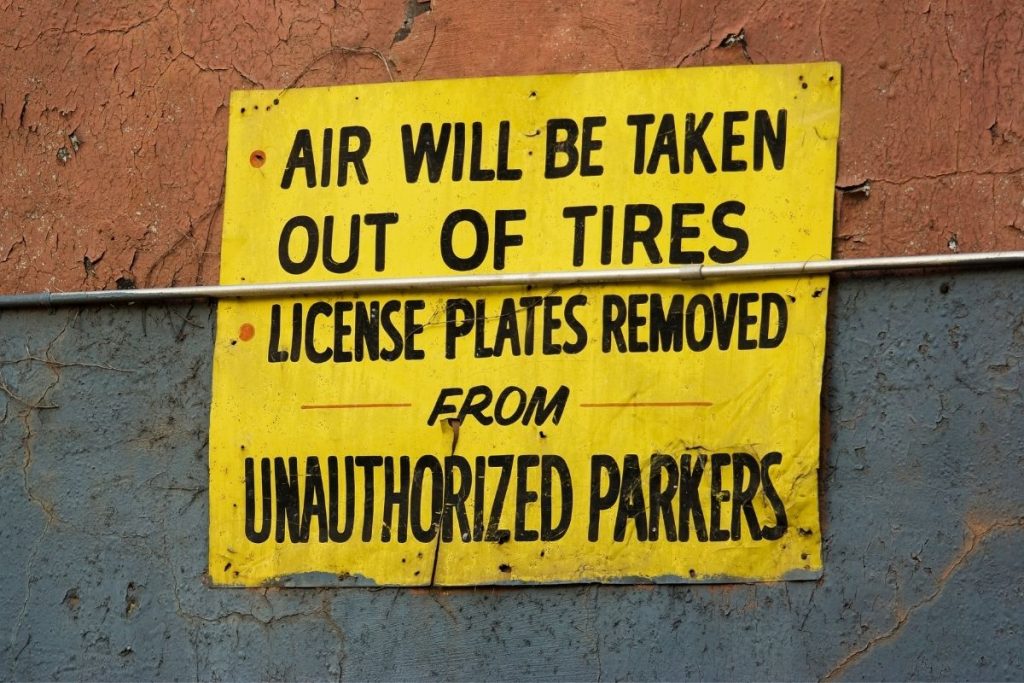 Here are 52 Offbeat things that Anthony at the TravelTart has come across in his travels, or reading the adventures of others, that he’s converted into 52 Perfect Offbeat Travel Tips.

1. Drink mielie or maize beer straight from a rubbish bin in a Namibian village.

2. Catch a Cairo Taxi or an African mini-bus taxi – and survive to tell the tale.

3. Eat a large list of African game meats. The famous Carnivore’s Restaurant in Nairobi will cater to your tastes, such as impala, Kudu, and other meats.

4. Eat at the Huntsman Steakhouse in Dunedin, New Zealand because their dodgy advertisement enticed you. (Unfortunately, the restaurant is now closed, but the ad was too good, so it stays on the list)! 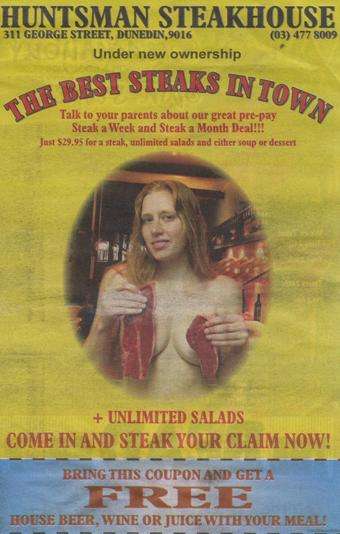 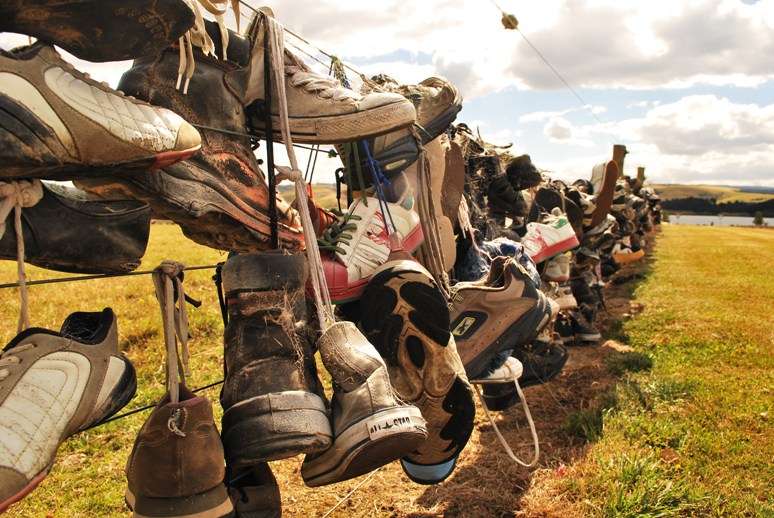 6. Obtain a driver’s license in India. Without having an accident. 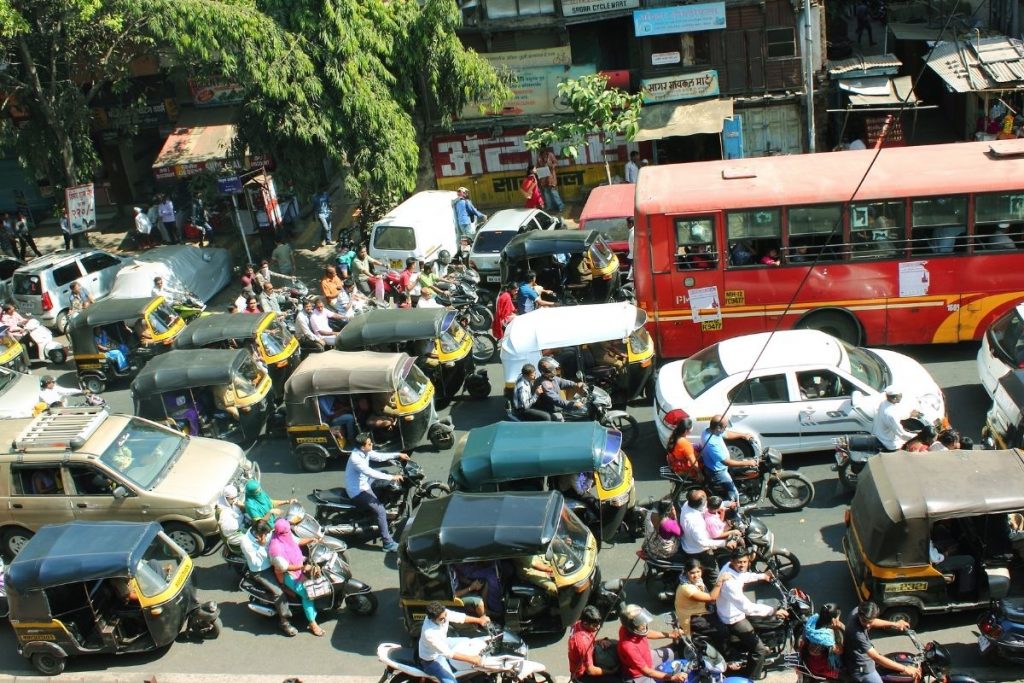 7. Try visiting Cape Cross in Namibia without investing in 2 tonnes of smelling salts to rid your nostrils of the smell of 100,000 seals. 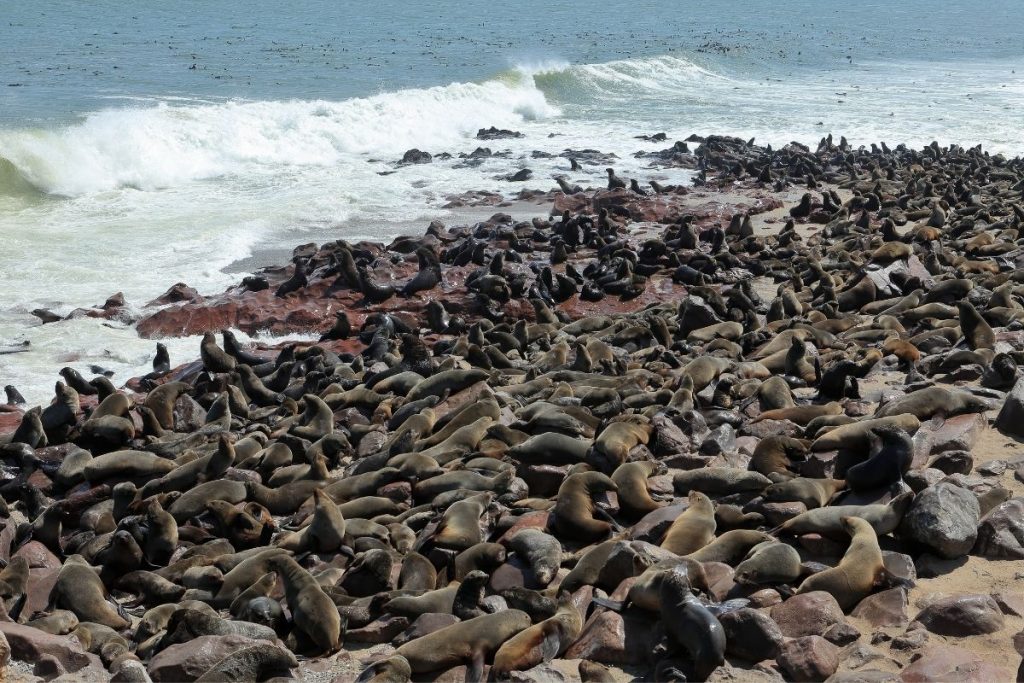 8. Visit the International Spy Museum in Washington D.C. If you ever thought the gadgets in Get Smart or the James Bond Movies were too farfetched – well, they’re not. The KGB and CIA used to watch them for inspiration. 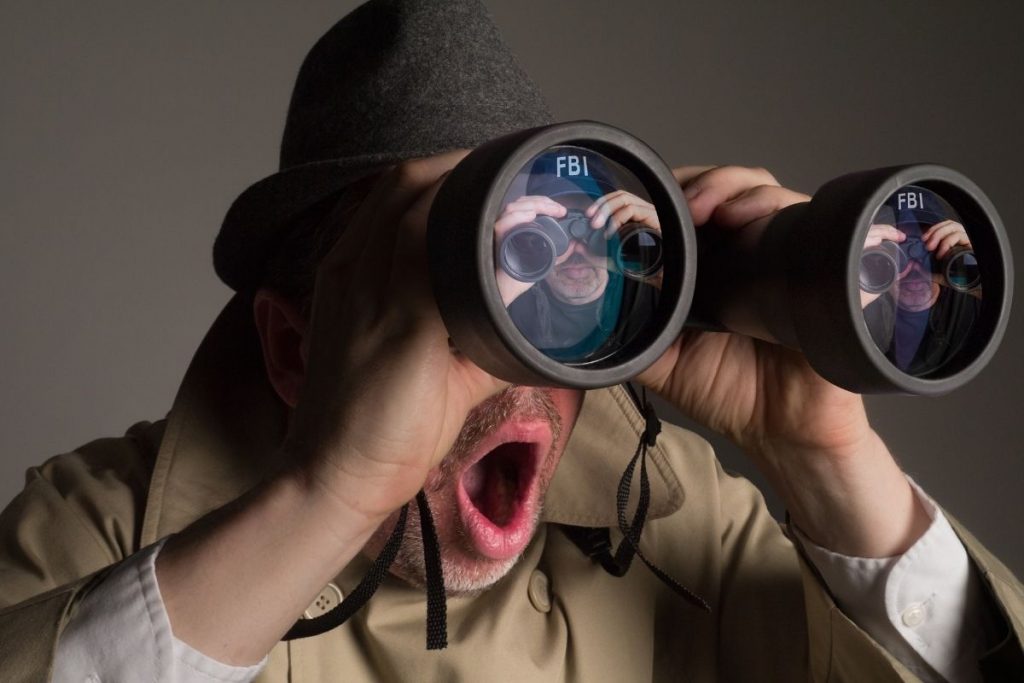 9. Buy one of those ‘I went to [insert place here] and all I got was one of these lousy T-shirts‘. My personal favorite is ‘I went to New Orleans during Hurricane Katrina, and the only thing I got was this lousy T-shirt, a brand new Cadillac, and a Plasma TV…‘

10. Marvel how old the ‘World’s Oldest Profession‘ is at Ephesus, Turkey. 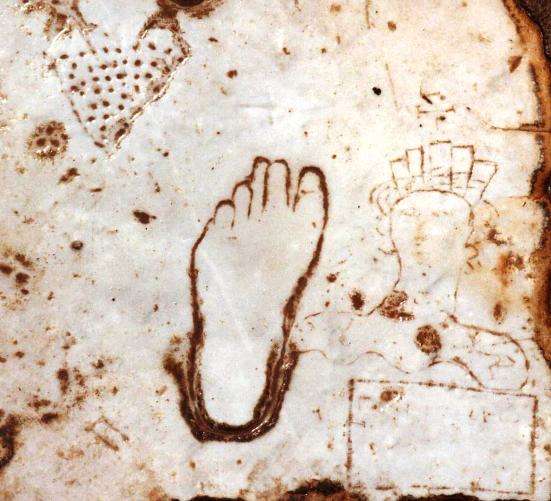 Advertisement for a Roman Brothel in Ephesus

11. Cycle down the North Yungas Road, considered the ‘World’s Most Dangerous Road‘ from La Paz to Coroico to Bolivia. If you fail, you fall down a 600 metre cliff. If you win, you score an ‘I cycled the most Dangerous Road’ T-Shirt.

12.Visit the home of the ‘World’s Fastest Indian’ motorcycle, made famous by the movie of the same name – in a hardware shop.

13. Buy a pair of Tanzanian Tire shoes. If you’re after a pair of shoes, don’t go to a shoe shop – but instead, a local mechanic. He recycles old car tires and makes them into shoes, which I think is the ultimate in recycling. Unfortunately, these shoes tend to leave grease marks all over your feet, but at least their tread will never wear out.

14. Check out the Lesbians vs Lesbians debate on the Greek island of Lesbos.

15. Catch a cross-border taxi from Arica in Chile, to Tacna, in Peru. The taxis are simply ordinary cars that enterprising locals call taxis. They don’t leave until they’re full (5 people), and try to catch one that has its own DVD and subwoofer system so that the driver can play Latino Hip Hop, including film clips of scantily clad women dancing, at only 100 decibels.

17. If you’re after a FREE boot clean, just visit Australia and declare that you have ‘soiled boots’ on the entry card. The Helpful Quarantine Service will take them away to be thoroughly washed and cleaned, ready for the next time you wear them – free of charge! HINT, another strategy is to declare your occupation as ‘Environmental Scientist’.

18. If you like your alcohol, New Zealand probably has the most generous duty-free limit – 3 bottles of spirits AND 6 bottles of wine. Drink up!

19. Sick of being harassed by hustlers and hawkers? They know how to sell you anything, in any language, including a Martian. Just talk gobbledygook as a response and they will have no answer, except to run through their repertoire of languages. Just shrug your arms and say something like ‘blubba derka whoopa yuppa’ or something like that. They will leave you alone quicker than if you say ‘go away!’

20. Want to save money? Then visit a country immediately after a crisis and the riots have finished. The media blows the story out of proportion and scares off loads of tourists. The currency then crashes, making exchange rates extremely favorable, and this means there are more bargains for you, and fewer tourists to bother you.

21. After a free bottle of good wine? Then catch a bus in Argentina. They often hold bingo games throughout the journey, and the first one to cross out all the numbers wins a bottle to drink on the bus!

22. If you want to buy stuff at markets in Eastern Africa, bring a bag of your old clothes – they’re useful has hard currency, especially fashionable brands with logos.

24. Salami and highly processed cheese is the best mobile protein backup while traveling.

25. Most bizarre backpacker hostel for a stay? Kadir’s Treehouses in Olimpos, Turkey. Sleep in a room with a tree trunk between your bed. 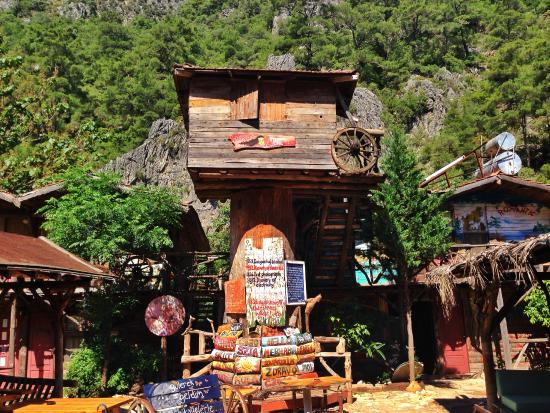 26. Funniest Gadget for travel – The Remote Control Fart Machine. Remember, fart jokes are universal, regardless of the language!

28. Buy a book about travel disasters BEFORE you go on a trip. I’ve read this book, and everything is true.

29. Undertake a world trip, and ONLY sleep on strangers’ couches (aka Couchsurfing) as your accommodation.

30. Undertake no research before stepping foot into a country, and not use a guidebook when you get there.

31. Travel from London to Sydney – without flying.

32. Buy a refrigerator and bet a friend you can hitchhike around Ireland with it.

33. Place another bet with your friend to see if you can beat the entire Moldovan Football Team at Tennis. Then travel there and track each of them down to play.

34. If you want to give something useful to poor African kids – bring a bag of pens. I’ve been asked for more pens than money there. Shows you how much they’ve got – nothing.

35. Walk across the Golden Gate Bridge in San Francisco – and almost personally witness why this bridge is the most popular suicide spot in town.

37. Like Spam? I mean the mega-processed meat variety, not the spam that arrives in your Inbox. Well, in Manila, in the Makati City district, there is a restaurant called Spam Jam that only cooks Spam recipes. The menu sounds like a Monty Python Skit. There’s spam with spaghetti, spam sandwiches, and roast spam.

38. Try and find the highest denomination Zimbabwe currency you can find – which can reach trillions of dollars – maybe just enough to buy a loaf of bread, if it’s available.

39. Worship Santa Muerte (Saint Death) in Mexico City, who has become popular with people involved in the Mexican underworld.

40. Sip on your favorite coffee at a ‘Cafe con Piernas‘ establishment in Santiago, Chile. Cafe con Piernas translates to ‘Coffee with Legs’, and it’s like going to a strip club at 9.00am. Scantily clad women serve your coffee, and it’s surprisingly cheap.

41. Be amazed at the high-security thornbush fencing present on the Zimbabwe side of Victoria Falls. Then find it ironic that the aptly named Danger Point is devoid of this thornbush fencing.

42. Want to look like the Grim Reaper or the Emperor from Star Wars? Then by a locally made gown called the Jellabah in Morocco. These garments are available in a huge variety of navy blue and all you need to look the part is a lightsaber.

43. Watch out for the ‘Sand!’ road signs in Namibia that obviously state the obvious. 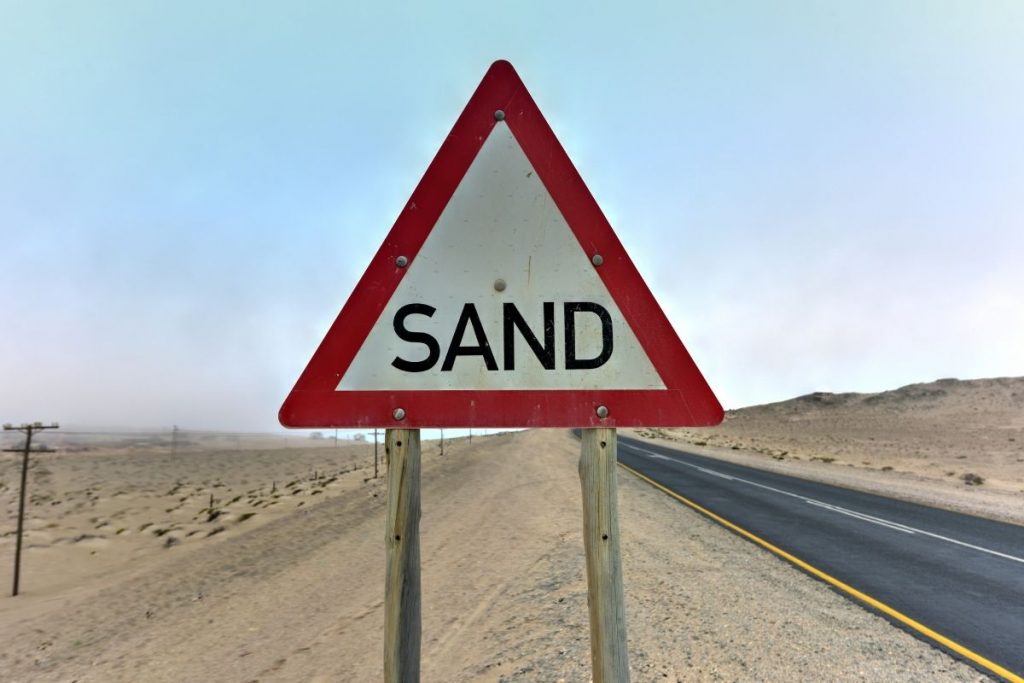 44. By a sculpture of Priapus, the God/protector of the penis, in Turkey. His penis is about the same length as he is tall. And then watch security staff snigger at you when you check in your luggage at the airport. 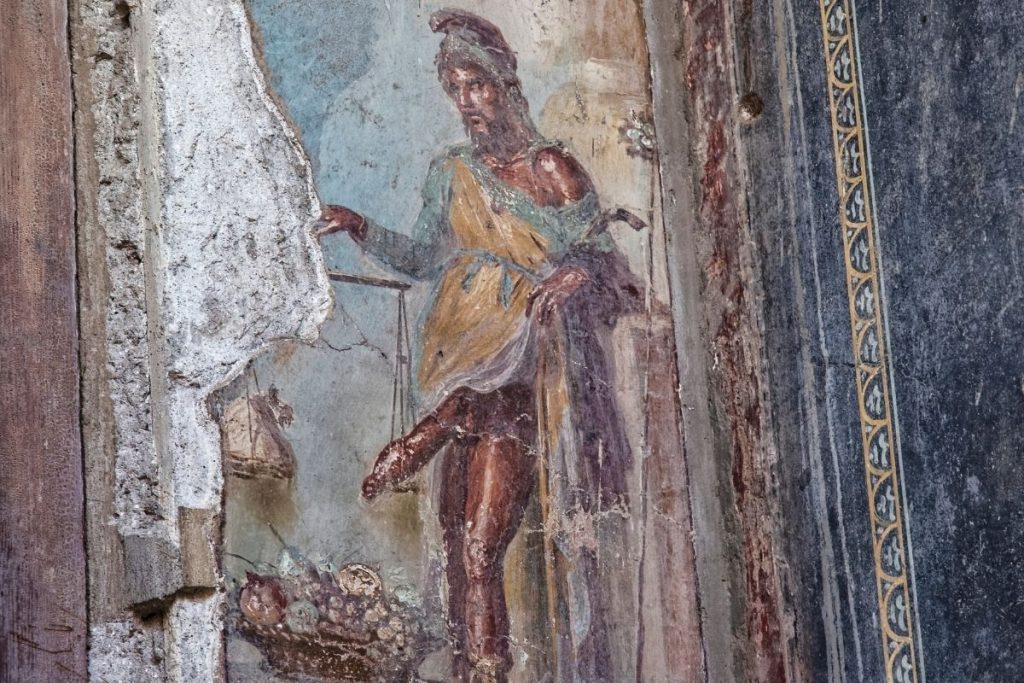 45. Tick the places off in the world where you see the ‘Nowhere Man’. The nowhere man walks alone in the desert somewhere, miles away from another place that is nowhere, on his own.

46. Time the amount of time it takes for someone to scoff down a meal during Ramadan. People who follow this ritual abstain from food, water and cigarettes for the entire duration of daylight hours. However, once the sun sets, the streets are deserted while devotees hoe down their meal in less than 2.3 seconds.

47. Try and enter Tangier, in North Morocco without having a hustler try and fleece you of your money. If for some reason you cannot avoid a hustler, try avoiding a death curse from one if you don’t pay them for advice you didn’t ask for or want.

48. Try booking a hotel in Egypt in another city with the same hotel chain, within the confines of the hotel. Chances are, you’ll be directed to a ‘special friend’ – not a hotel employee! He will organize it for you, and the referrer will be paid a commission.

49. Convert to a carnivore diet by eating the best steak every time, in Argentina. A 400-gram steak is considered ‘pequeno’, or small. Try an 800g monster, and you’ll need a long siesta.

50. See Beaver Dams – in South America. Beavers were introduced to create a pelt industry in Tierra del Fuego and since they had no natural predators, reproduced rapidly and started building beaver dams that flooded large tracts of land, causing widespread environmental damage.

51. If you buy a wooden object overseas, place it in the freezer for a couple of days when you get home. Sometimes, insect larvae can live within a wooden mask months after you buy it. Freezing it kills the larvae, and ensures that you don’t bring in another biological disaster home.

52. Go for a dip in thermal springs on the altiplano in Bolivia when it’s -10 degrees Celsius. The springs themselves are 35 degrees Celsius. If you jump in when it’s cold, it feels like you’re being boiled up like prawns. But once your body becomes used to it, you can dunk your head under, and then when you resurface, your hair freezes enough you can crack the ice in your hair. 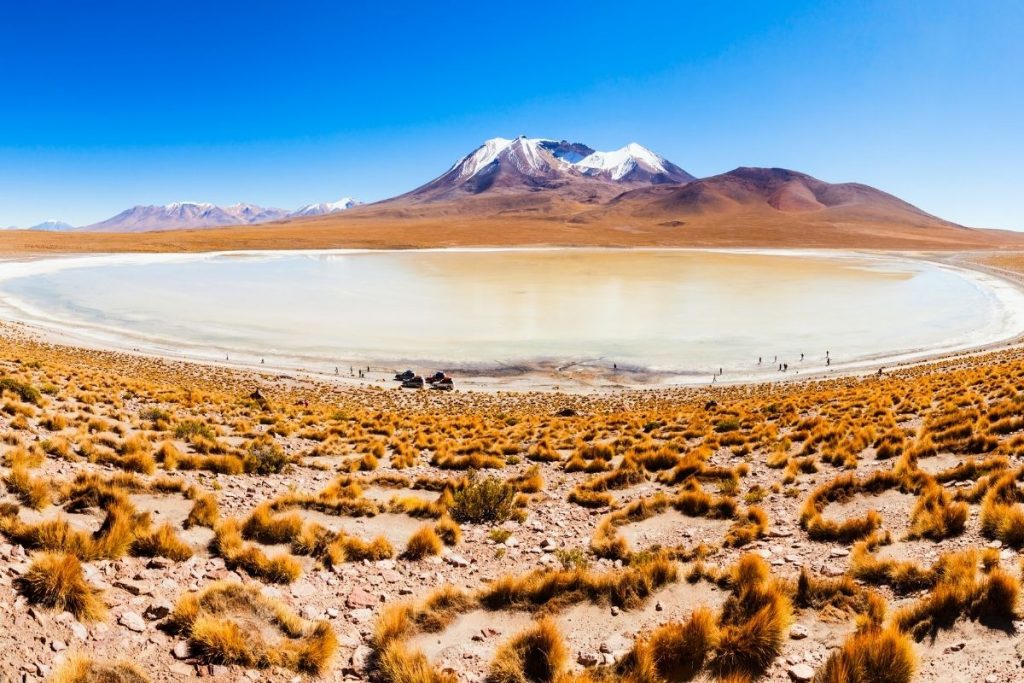 Need some more weirdness? Check out these 52 Weird Foods From Around the World! 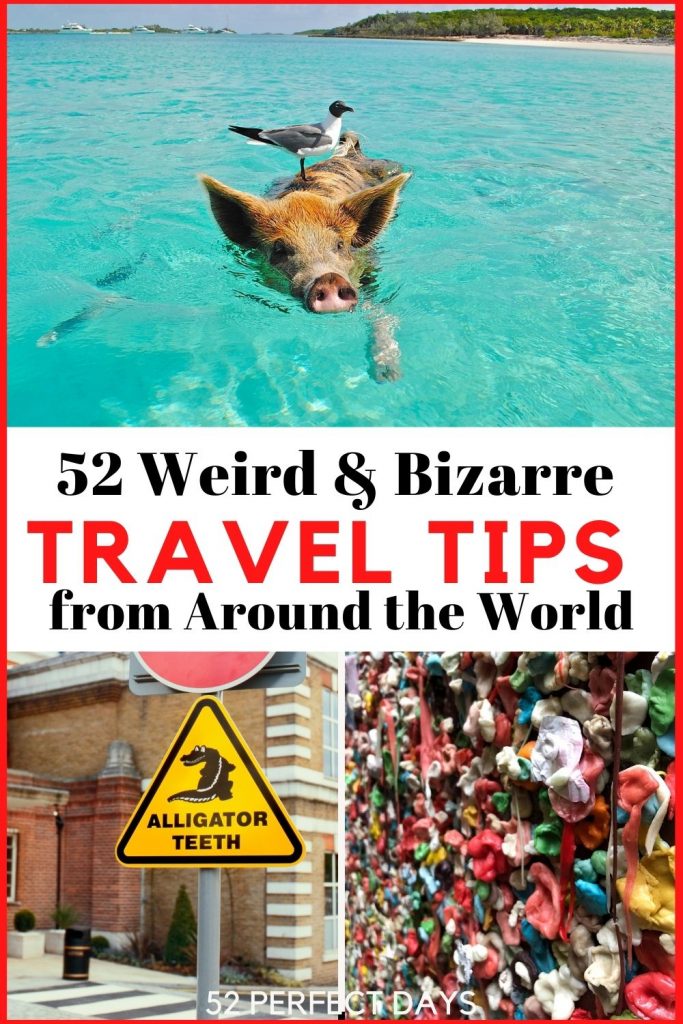 About the Author Anthony the Travel Tart