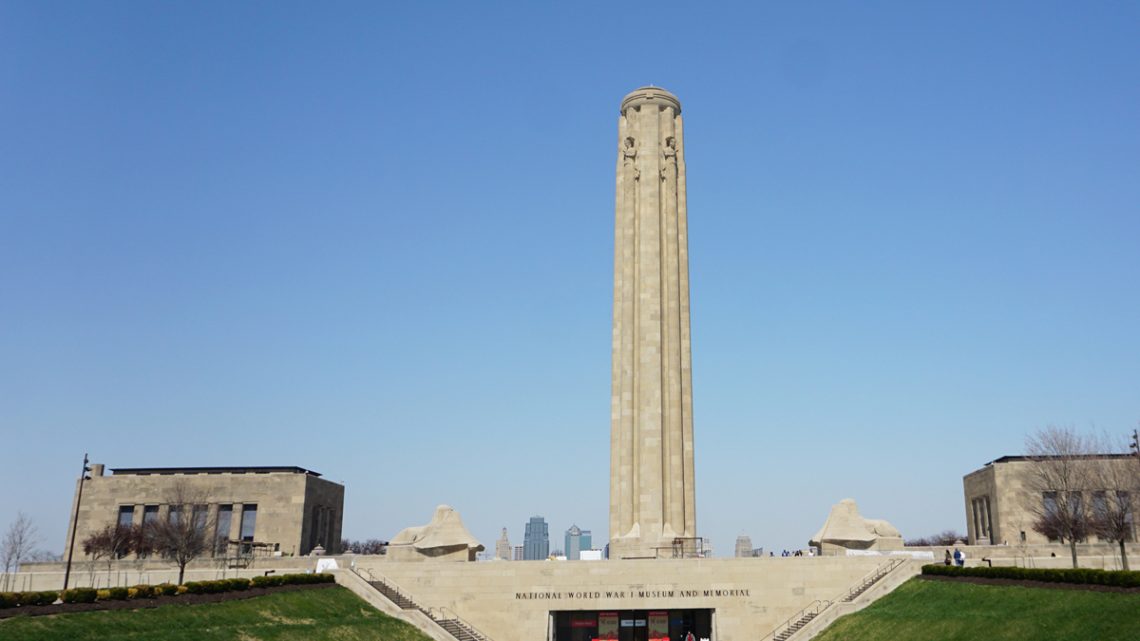 I’ve partnered with Visit Missouri to share with you some of my favorite things to do in Kansas City.

As summer vacation planning begins across the United States, I find more and more travelers talking about meaningful travel. As a collective, travelers seem eager to learn more about the country they live in and have a desire to understand more about the history of America. For those interested in opportunities to explore some key historical moments in American history, a visit to Missouri is a perfect choice for an easy and affordable summer vacation.

When I took the quiz, I learned I was Road Trip Mo. What’s awesome about road trips is you can incorporate food, culture, history and excursions into your schedule.

Why Plan a Missouri Vacation? The state of Missouri has countless adventures for foodies, families, outdoor adventurers and culture-seekers. It is also a great state to visit if you love American history. Missouri played a major role in the westward expansion of the United States and is where the Pony Express began in 1860. Both the Santa Fe and Oregon trails ran through Missouri. The Missouri-Kansas border was the first battlefield in the American Civil War. Missouri is the birthplace of the notorious outlaw Jesse James, President Harry S. Truman, Walt Disney and writers T. S. Eliot and Mark Twain.

One Perfect Day in Kansas City

As you plan your Missouri road trip, I suggest your vacation include at least one perfect day in Kansas City. The city is filled with culture, history and foodie fun!

Kansas City, a city renowned for its barbeque, has more barbeque restaurants per capita than any other U.S. city. It also has more fountains than any city in the world except Rome. It is located on the Missouri River and was an important hub of transportation and commerce in early America.

Kansas City is the home of America’s official National WWI Museum and Memorial, the largest farmers market in the Midwest and so much more.

The National WWI Museum and Memorial of the United States 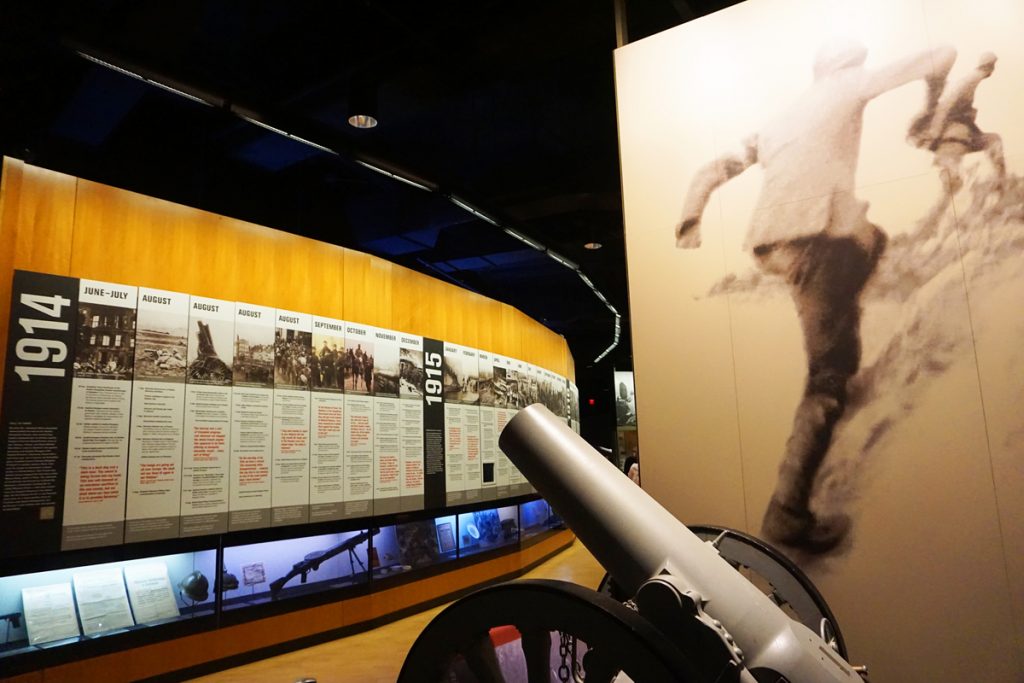 The National WWI Museum and Memorial of the United States is located in downtown Kansas City, Missouri, and the first stop on today’s itinerary. If you have a curiosity about the role the United States played in WWI, this museum offers an abundance of ways to learn about the war. 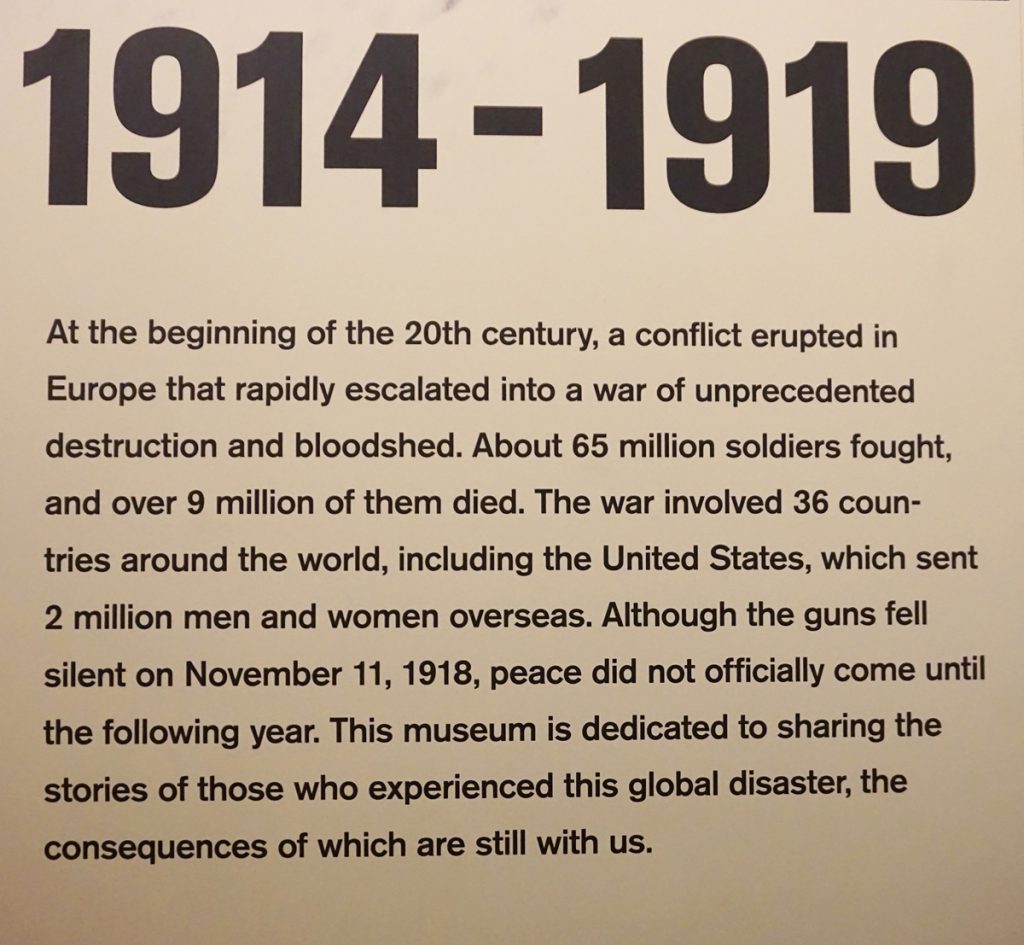 Soon after World War I ended, Kansas City leaders formed the Liberty Memorial Association (LMA) to create a lasting monument to the men and women who had served in the war. In 1919, the LMA and citizens of Kansas City raised more than $2.5 million in just 10 days to begin this massive project.

While it began as a way to memorialize people from Kansas City who fought in the war, it has become the most important WWI museum in America. 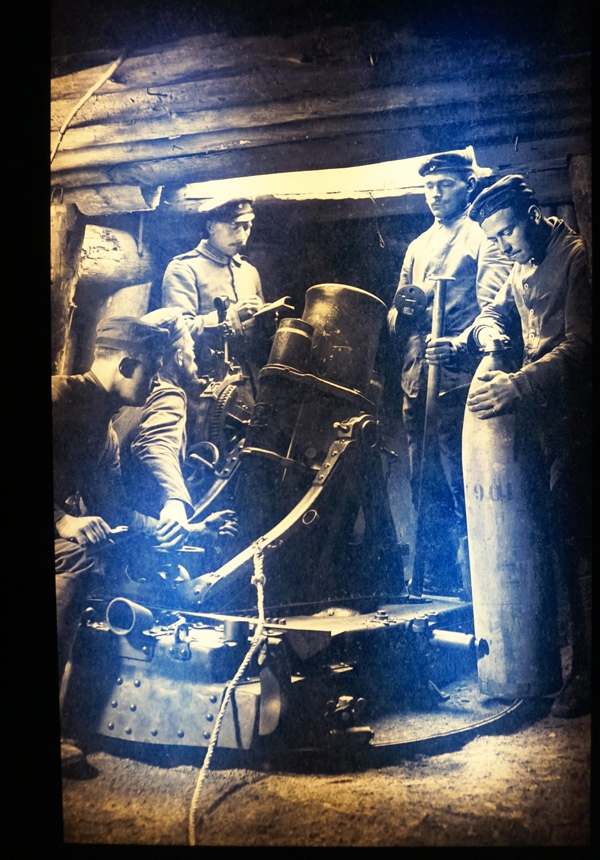 Opened to the public as the Liberty Memorial museum in 1926, it was designated in 2004 by the United States Congress as America’s official museum dedicated to World War 1 and is home to the most comprehensive collection of WWI objects in the world.

With more than 300,000 objects and documents, the museum holds the most diverse collection of Great War items in the world.

Entering the museum, you walk across a glass-floored bridge with 9,000 red poppies below, each flower representing and honoring 1,000 military deaths.

The museum is located on two floors and includes two movie theaters showing documentaries about the war and over 100 years of collected artifacts, documents, photos, clothes and uniforms.

Within the galleries, there are multiple timelines sharing how the war started, the different allied forces and which countries participated. It is a very comprehensive overview explaining the how, what, where and who of WWI. 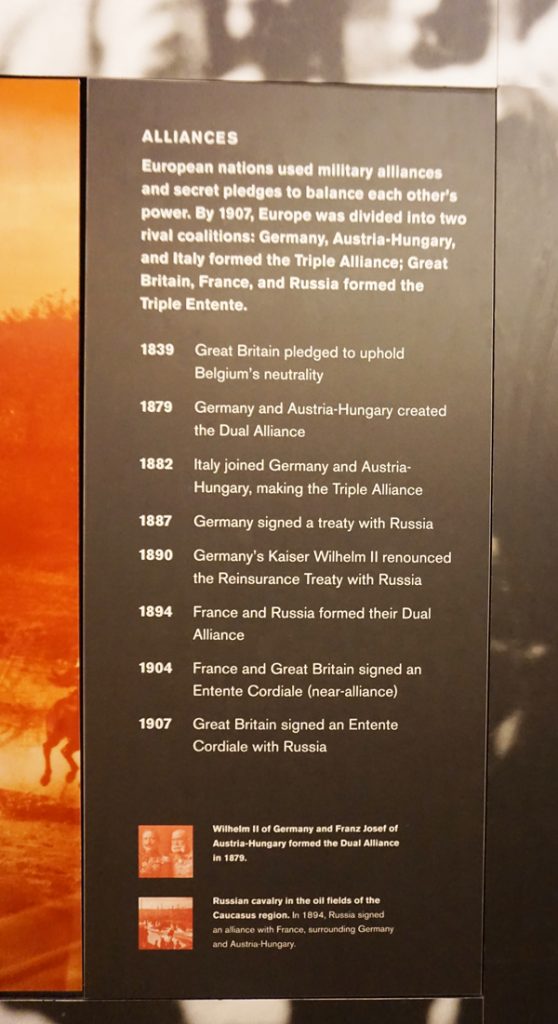 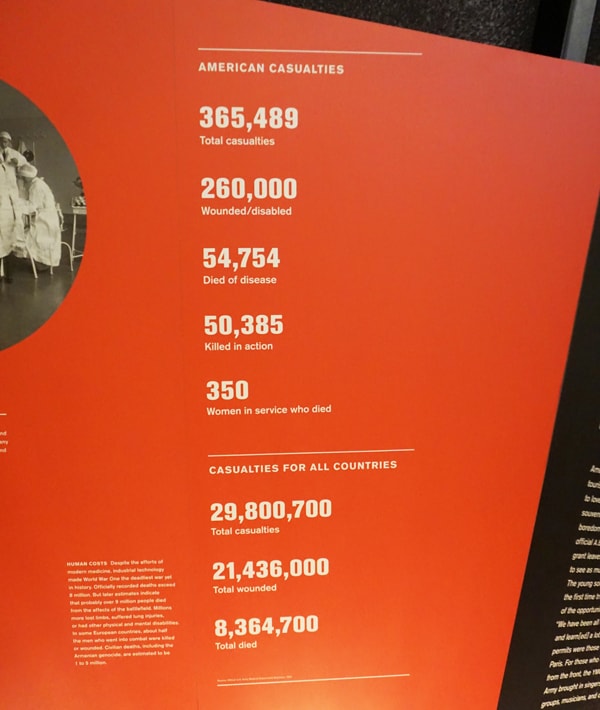 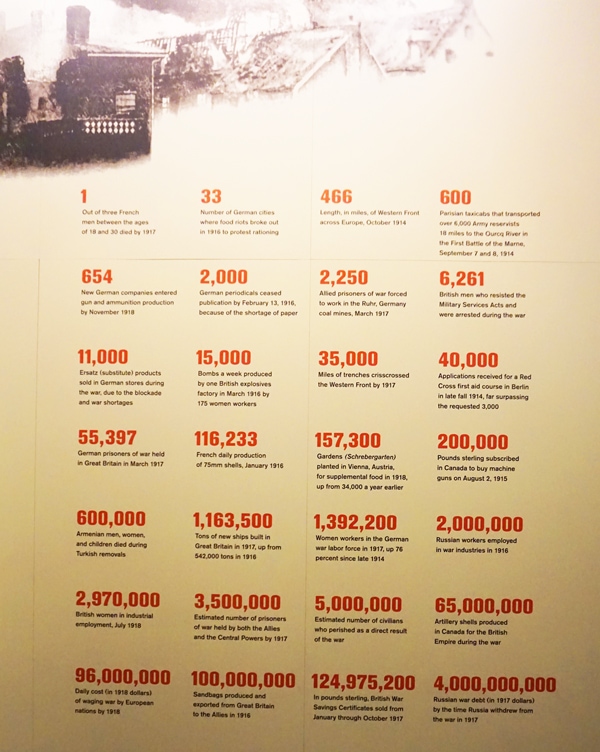 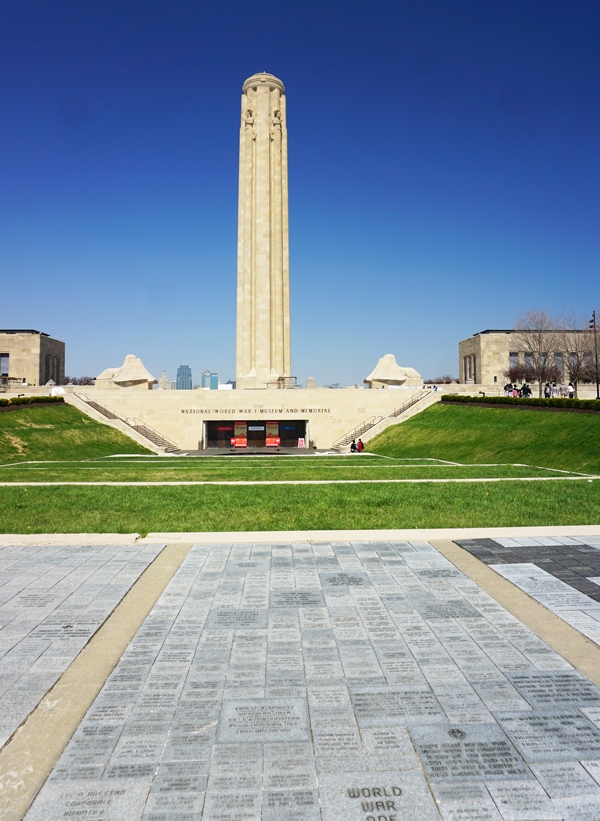 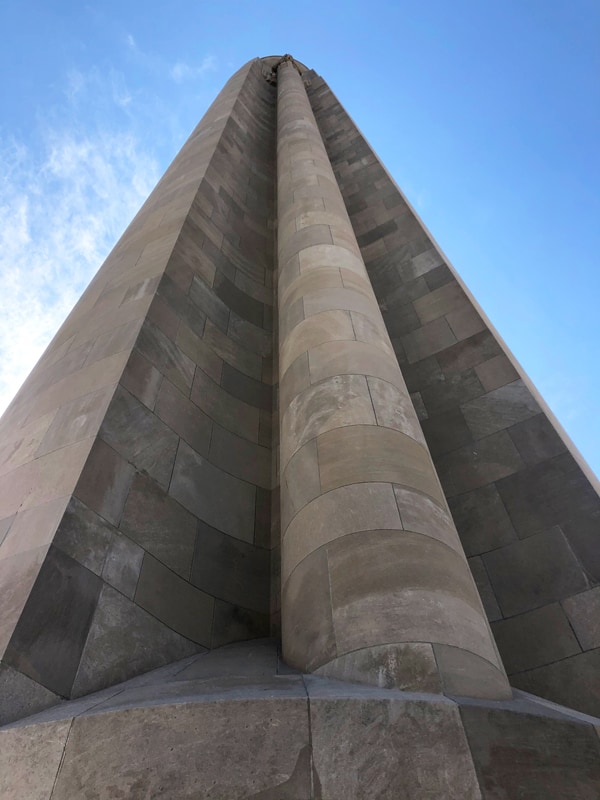 Plan for at least two hours to see all the museum galleries, halls, movies and outdoor spaces. 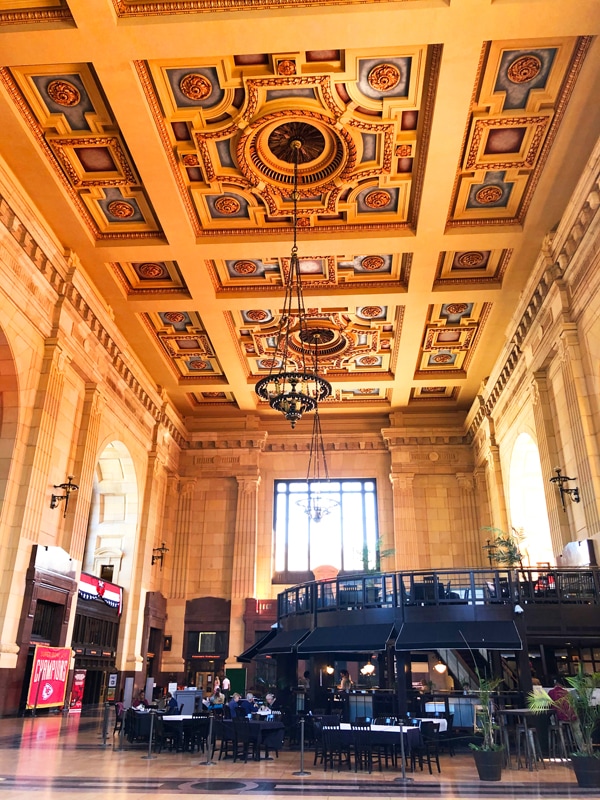 After exploring the National WWI Museum and Memorial, head to Union Station. It’s an easy 10-minute walk or 0.5-mile drive. Built in 1914, it was designed in the beaux-arts architectural style popular in the United States and France in the late 1800s and early 1900s.

The train station has its own sordid history. It was the scene of the Kansas City massacre — a 1933 shootout and murder of four law enforcement officers and a criminal fugitive planned by Charles Arthur “Pretty Boy” Floyd, Vernon Miller and Adam Richetti to free their friend, Frank Nash, a federal prisoner who was in the process of being returned to the U.S. Penitentiary at Leavenworth, Kansas, from which he had escaped in 1930.

Stop by the historic train station for a coffee or a cocktail, and make sure to look up when you enter the main hall, as the ceiling is quite ornate and beautiful.

Continue your perfect day in Kansas City by jumpin’ on the KC Streetcar, a free trolley from Union Station to River Market. This  2-mile journey takes you through the heart of downtown to the River Market neighborhood. 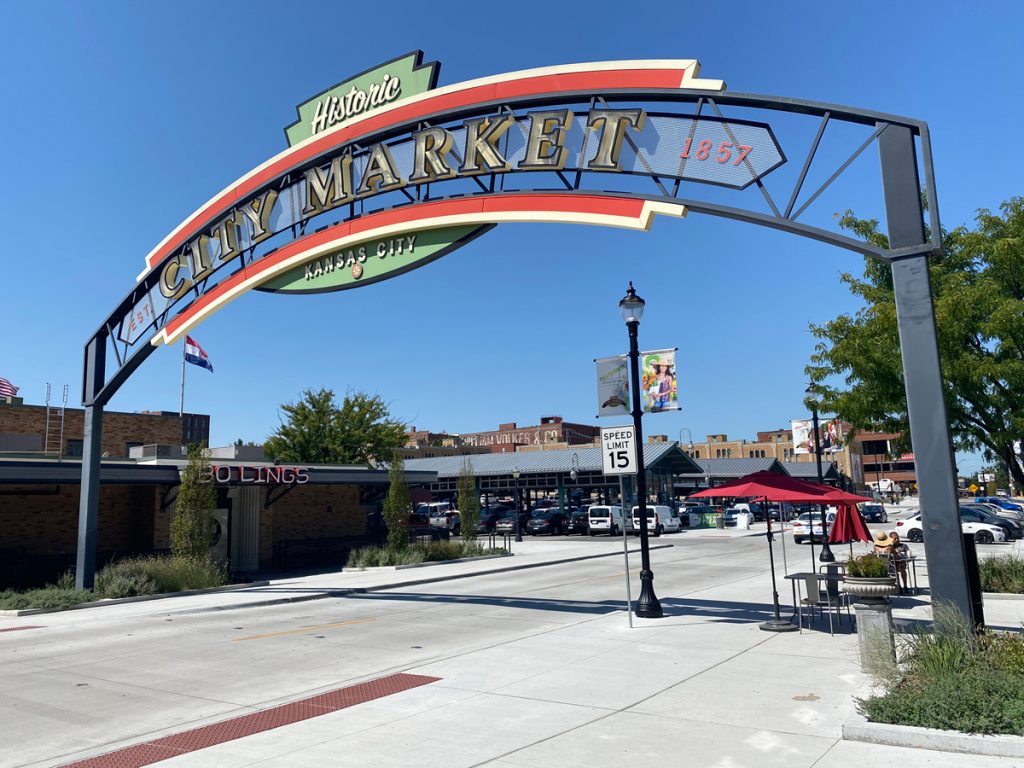 Exit the trolley at River Market West (4th and Delaware), where you’ll be able to explore one of the oldest neighborhoods in Kansas City, which includes the Riverfront Heritage Trail and City Market.

City Market dates back to 1857 and is the largest farmer’s market in the Midwest. 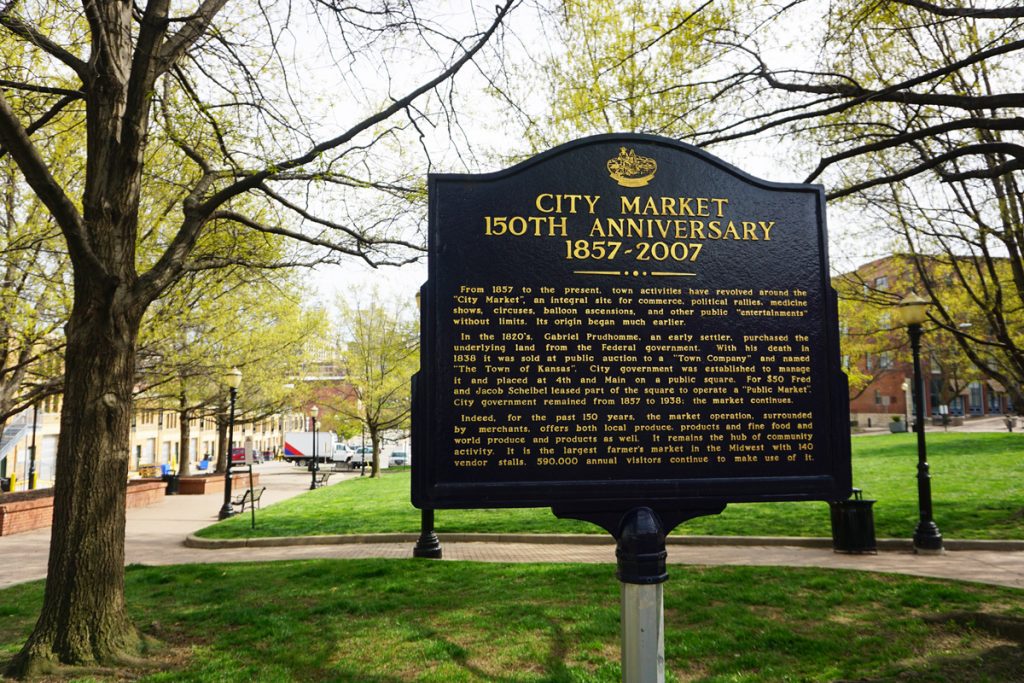 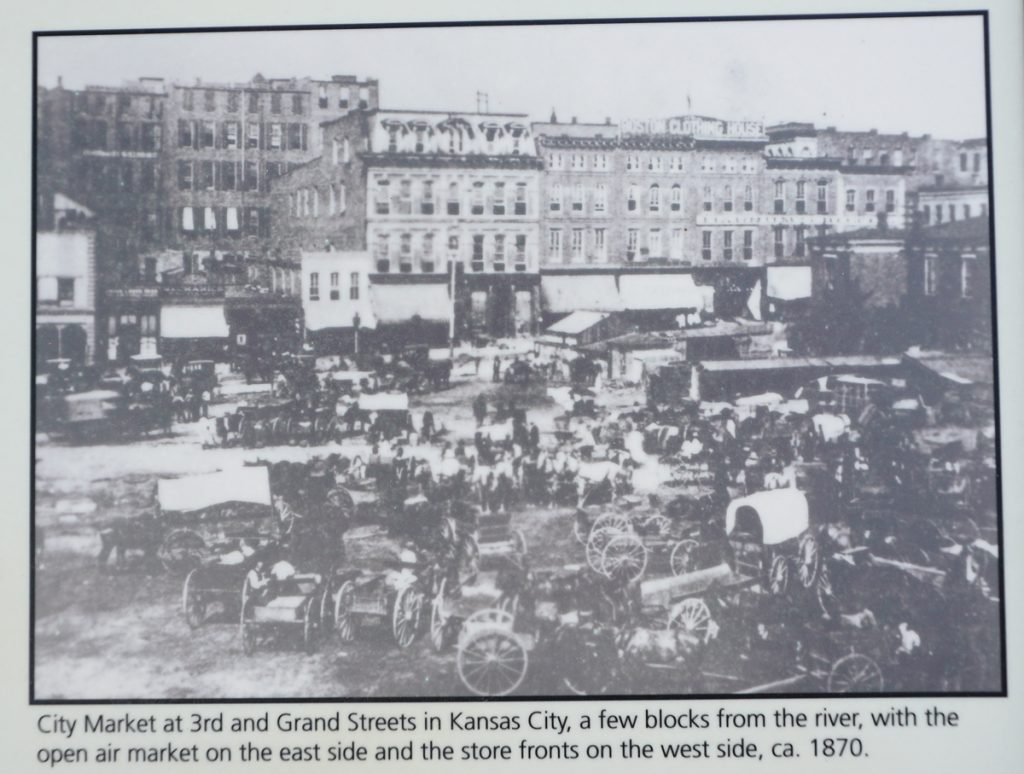 The market itself is open seven days a week. On weekends, there are more than 140 vendors selling fresh produce, flowers, baked goods, jams, local honey, local meat and other local wares.

The permanent market stalls include a Middle Eastern spice market, Italian market, tea shop and soda shop. There are also numerous restaurants that are open throughout the week, including options for Mexican, Chinese, Vietnamese, Brazilian, Indian, Italian and more.

In the City Market square, there are many shops to explore as well as the Arabia Steamboat Museum, which showcases 200 tons of sunken treasure dating back to 1856.

Adjacent to the market is a beautiful, shaded park with lots of grass areas, benches and spots to take in some great views of the downtown skyline.

Explore the market, wander through the stalls and boutique shops, and enjoy lunch in one of the oldest neighborhoods in the city. 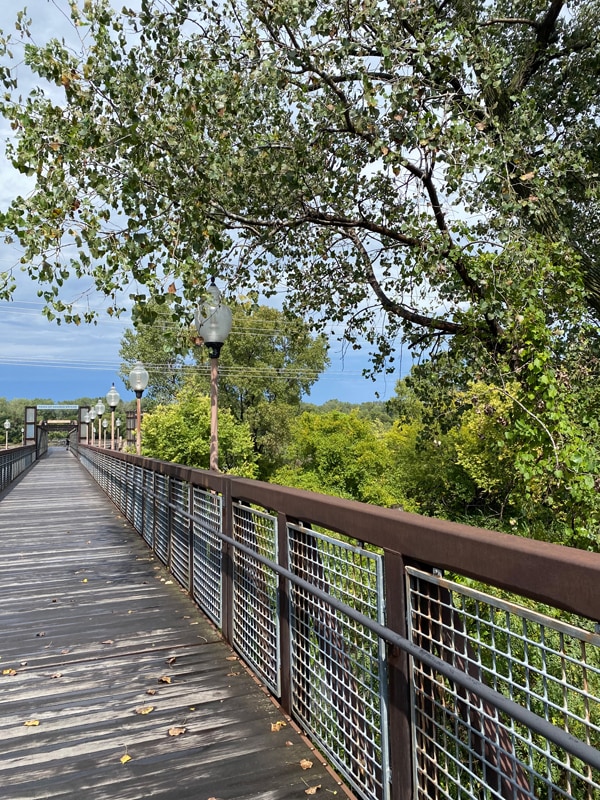 After lunch, continue along the Riverfront Heritage Trail. The trail extends from the market as a fully accessible 15-mile bicycle and pedestrian pathway along the riverfront and winds through the oldest and most historic parts of bistate Kansas City.

From the market, head toward Main and 2nd Street toward the Missouri River and the Town of Kansas Bridge. The bridge begins at Main Street, spanning 635 feet over the Union Pacific railway tracks. 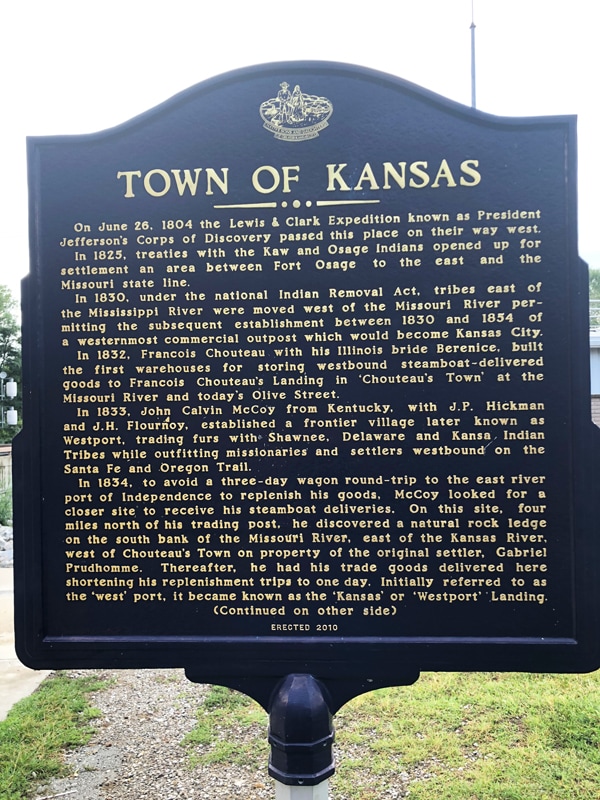 The platform at the end of the Town of Kansas Bridge offers stellar views of the Missouri River; many of the city’s bridges and placards along the way share the history of the city and river travel. 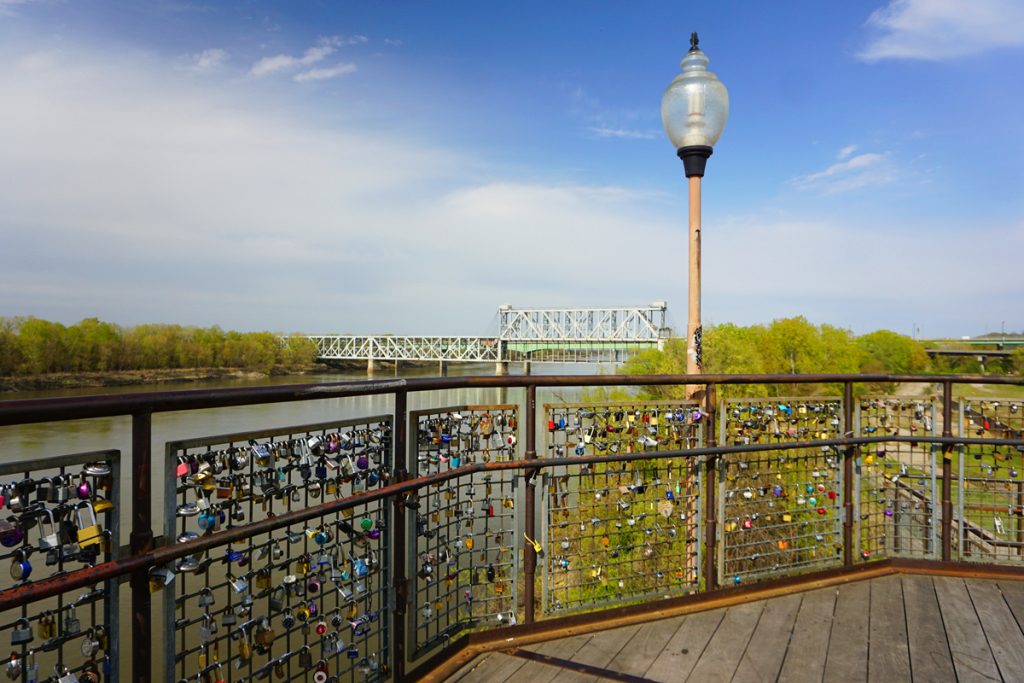 Near the end of the bridge walkway, there is access via stairs and elevator to the riverwalk below, where you can take a stroll along the Missouri River.

Historical markers on the bridge walkway as well as on the River Trail share details about the early history of how the Town of Kansas was established in 1838 and eventually became Kansas City in 1889.

Placards along the waterfront share information about the early history of the Missouri River and Kansas City, from the early 1700s, when French fur trappers first explored the area to Lewis and Clark’s 1804 visit during their expedition. 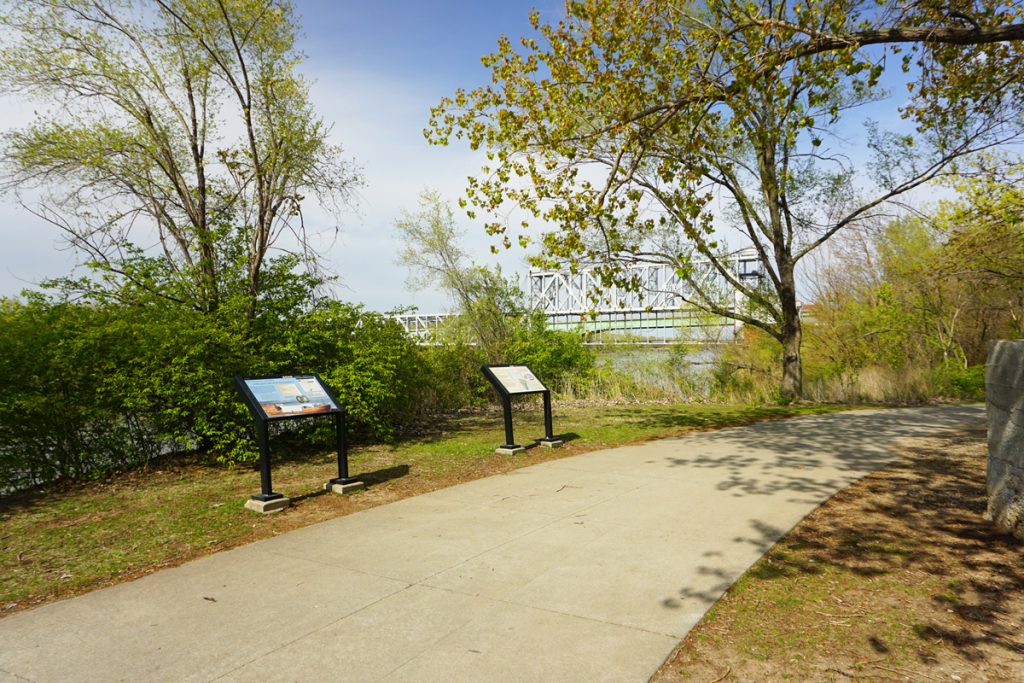 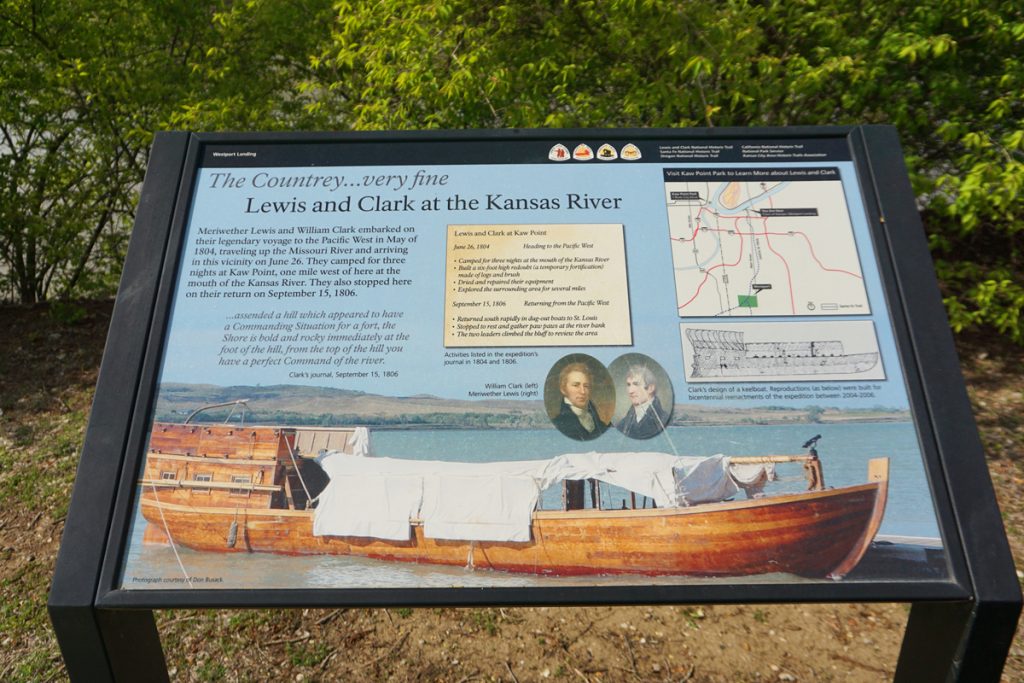 Additional placards share information about the bridges, settlers and founding father of what is now Kansas City, the role the Missouri River played in the Santa Fe trade route as well as the westward expansion for the many who wanted to take part in the California Gold Rush.

After an afternoon exploring the Historic River Market and Riverfront Heritage Trail, jump back on the free KC Streetcar and take it to the Crossroads stop (19th and Main) for some Kansas City barbeque.

Fiorella’s Jack Stack (https://www.jackstackbbq.com/freight-house/) is located just a few blocks from this stop at 101 West 22nd Street. The Zagat Survey named it the “#1 Barbecue House in the Country.” It is traditional Kansas City BBQ, and you can’t go wrong with ribs, burnt ends, brisket, smoked jalapeno cornbread and cheesy corn bake.

Sunset from the National WWI Museum and Monument

The absolute best way to end your day is by heading back to the National WWI Museum and Monument to watch the sunset and once again pay homage to men and women from around the world who fought in WWI.

If you are looking for more Kansas City, Missouri, experiences, check out the First-Timer’s Guide to the City and the Kansas City Weekend Getaway Guide.

This post is in partnership with Visit Missouri. All opinions are my own. 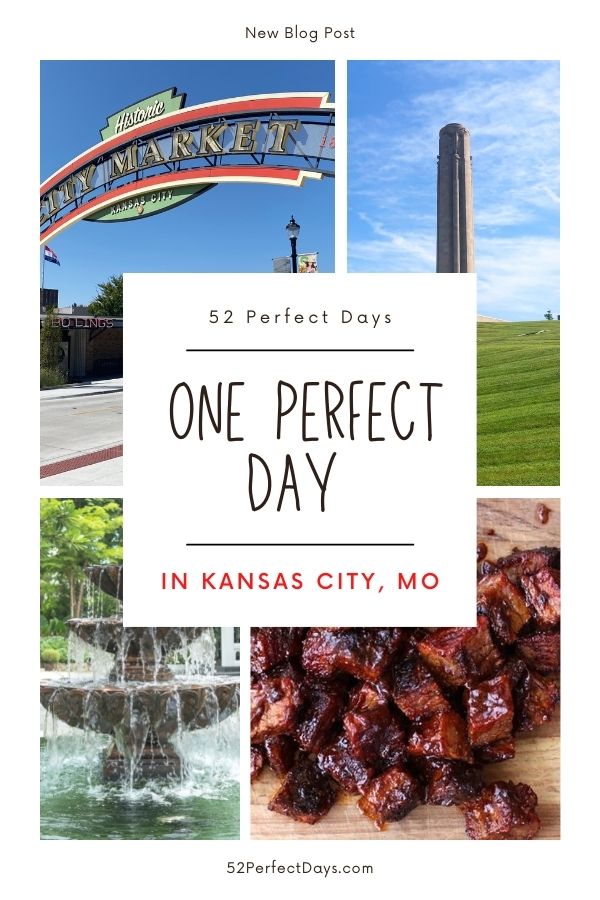