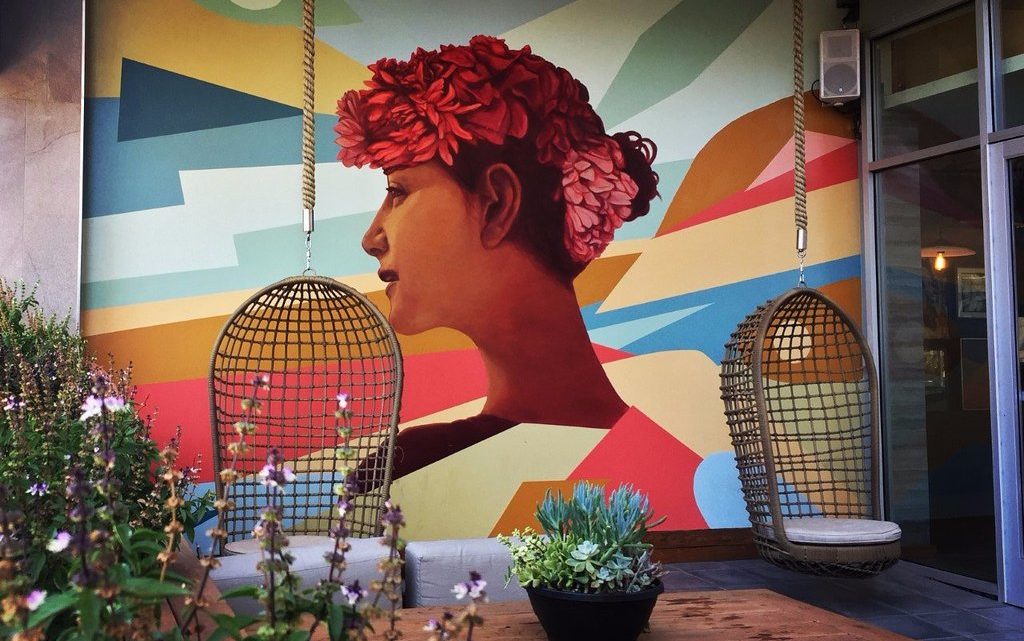 El Paso has a very interesting hotel history particularly if we look at the landmark Plaza Hotel. It all began with the Sheldon Hotel which officially opened in 1900, but then burnt down 1929. Conrad Hilton bought the land and built his first Hilton hotel. It opened in 1930, survived the stock market crash, and became the most luxurious hotel in El Paso.

The hotel was made famous when, in 1950, a 17-year-old Elizabeth Taylor stayed in the penthouse before her marriage to Conrad “Nicki” Hilton Jr. In 1968 Hilton sold the hotel and it was renamed The Plaza. However, a few years later it was abandoned and boarded up for decades. In 2008 El Paso businessman, Paul Foster bought the hotel and it is currently being renovated.

WHERE TO STAY IN EL PASO

So you plan to take a trip to El Paso? The two most important things you need to know are the best places to eat and where to stay during your El Paso trip. Here are some options for hotels ranging from budget to luxury as well as choices for historic and boutique hotels in El Paso, Texas. 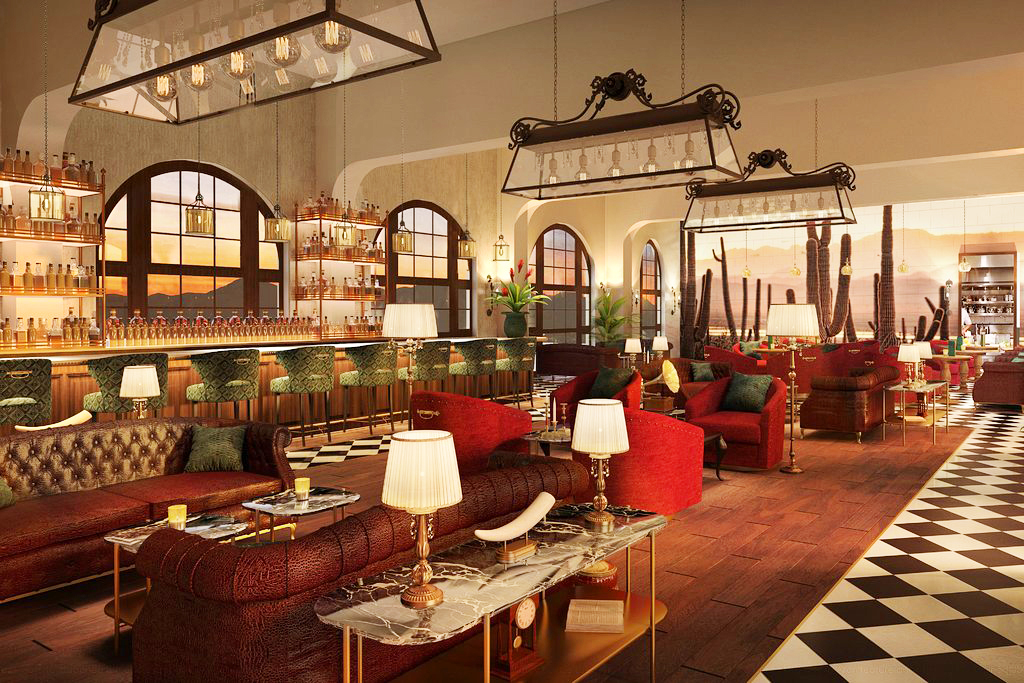 The hotel offers 357 spacious rooms, all decorated in period style with upgraded and modern bathrooms. There is free Wi-Fi, premium cable TV, and coffeemakers in each room. All have a sitting area, while some also have a dining room. There is room service.

There is plenty to do if you just want to relax in the hotel. There is a rooftop pool and a fitness center. However, if you want to venture outside, the El Paso Museum of Art is just across the street.

There are 2 restaurants in the hotel; the Dome which serves the finest international cuisine, and La Huerta where you can get delicious and authentic Mexican food. The Dome Bar is spectacular. It has a Tiffany stained-glass dome roof and amazing cocktails are served here.

If you want to eat out, the hotel is less than a block away from two of El Paso’s fine dining restaurants.

The hotel is just 8 miles from El Paso International Airport and there is a free airport shuttle.

The best boutique hotel in El Paso is by far the Hotel Indigo. It’s located in downtown El Paso and combines a mix of mid – 20th-century architecture and contemporary design. The building was the home of the Downtowner Motor Inn in the 1960s and still has memories of that time. In contrast, there is a great collection of art and photography adorning the walls which gives it a modern and updated feel.

Unusually the main lobby is on the fifth floor, together with the outdoor pool and bar. Here you can relax with a drink and watch the desert sunsets. The barman makes fabulous cocktails from scratch so the bar should definitely not be missed. The restaurant, the Downtowner, is on the first floor and offers a delicious breakfast as well as lunch and dinner. The menu consists of both traditional options like chilled seafood cocktail and the Downtowner Cheeseburger, and local food, such as crab enchiladas and tenderloin jalapeno. Vegetarians aren’t left out and can enjoy such things as veggie fondue and a veggie club sandwich.

The rooms are all large and offer a great view of downtown El Paso. Rooms offer complimentary Wi-Fi, cable/satellite TV, a turndown service as well as room service.

The hotel is down the street from Pride Square and plenty of restaurants. You are also near enough to easily visit El Paso Zoo, El Paso Museum of Art, which has over 6,000 permanent pieces, and the El Paso Holocaust Museum.

During my trip to El Paso, I stayed at Hotel Indigo. The boutique hotel is located in the heart of downtown El Paso. It’s an easy walk to many restaurants, bars, and landmarks. The hotel has a very hip vibe and mixes El Paso history through a great collection of art and photography with a modern updated feel.  The 5th-floor bar is a great open-air space that looks onto the pool and skyline. The rooms are large and offer a great view of downtown El Paso. The hotel does a turndown service and offers a delicious breakfast, great happy hour snacks and drinks.

What You Need to Know About Hotel Indigo 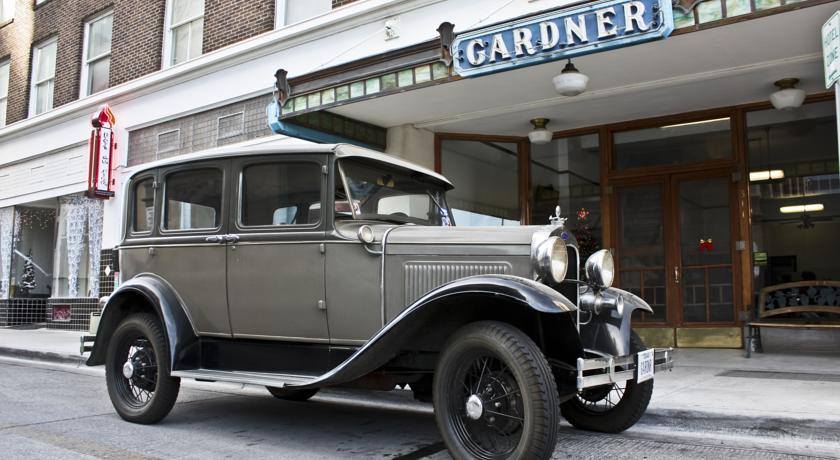 The oldest continually operated hotel in El Paso is the Gardner Hotel. It was opened in 1922 by Preston E. Gardner, and when you step inside you are transported to another era. There are many period features and the marble staircase leads to rooms that contain some fabulous pieces of antique furniture, mixed together with mod-cons such as free Wi-Fi and TVs. The Gardner Hotel also has a hostel section with dorm-style rooms, a kitchen, dining room, a common room, and shared bathrooms.

On its own, the lobby itself makes it worth coming to this hotel. It is filled with memorabilia from the 1930s such as a phone booth, a telephone operator’s station, and an old elevator which works sometimes!

The most famous guest to stay in this hotel was bank robber John Dillinger, together with two of his gang. He arrived on the 9th January and stayed in room 221, but because he didn’t break the law in the hotel, he wasn’t arrested. However, he was captured on January 25th, 1934 in Tucson, Arizona.

The hotel is situated near to downtown El Paso. There are plenty of bars and restaurants close by, including a pizza restaurant right next door. The Gardner Hotel is within walking distance of the Triple-A ballpark and the El Paso Museum of Art, and is five miles from the Wyler Aerial Tramway.

What You Need to Know About the Gardner Hotel 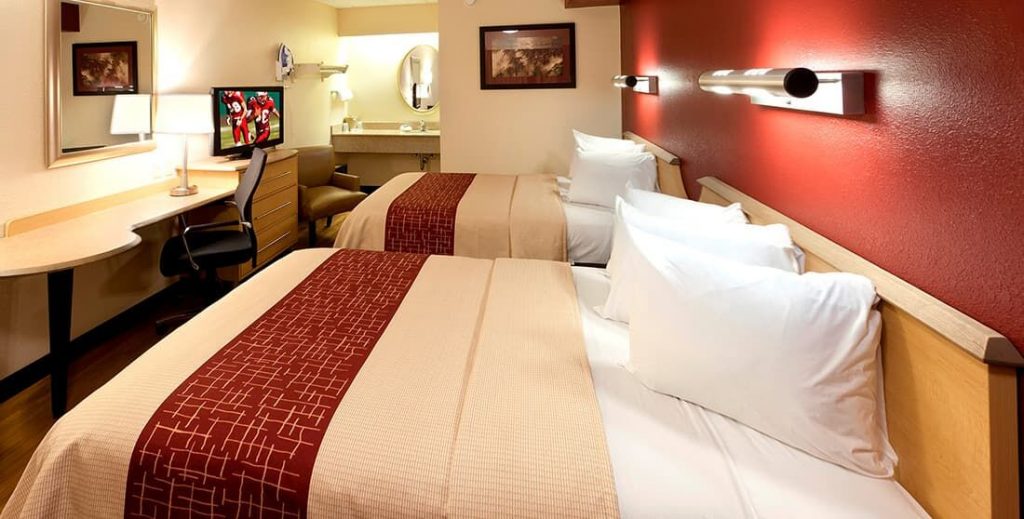 If you’re on a budget, look no further than the Red Roof Inn in El Paso West. The rooms are basic, but there are superior rooms which come with a refrigerator and microwave so you can eat in if you wish. There is also a order-in room service so you can get meals delivered to your door. However, the Inn is close to restaurants as well, the nearest being Leo’s Mexican Food, so you won’t have far to go for a meal out.

All rooms come with air conditioning and cable TV, as well as free Wi-Fi. Pets are allowed in the hotel, there is free parking, and free coffee in the lobby.

Sunland Park Mall is just 2 miles away and a 15 minutes’ drive takes you to the Western Playland Amusement Park and El Paso Museum of History.

What You Need to Know About the Red Roof Inn 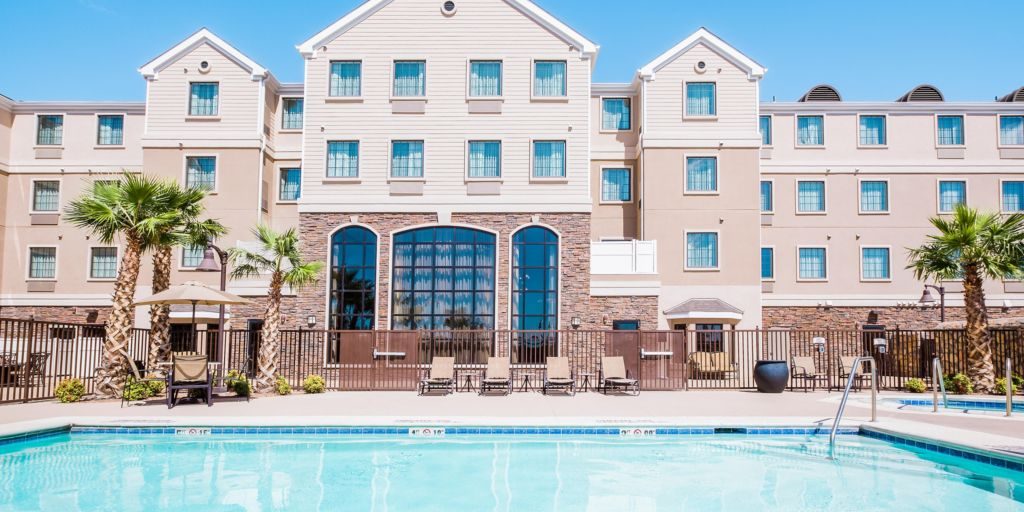 If you need to stay at a hotel before catching a flight, Staybridge Suites are perfect as they are only one mile south of the El Paso Airport.

The 109 suites all have fully equipped kitchens, a workspace, and your own bathroom. There is a complimentary breakfast buffet, a complimentary Wolfgang Puck Coffee Station, and social evenings from Monday to Wednesday when you can get supper with beer on tap and wine.

If you want to eat out, there are plenty of restaurants close by, as well as great shopping centers, Sunland Park Racetrack and Casino, and the Wyler Tramway.

What You Need to Know About Staybridge Suites

We have already mentioned the iconic Plaza Hotel, formally known as the Hilton Hotel. It is located at 106 Mills Avenue in downtown El Paso. Renovation work has already started and it should be open in late 2019.

The hotel has 19 stories. According to El Paso architectural historian, Max Grossman, it was the tallest structure in El Paso when it was finished in 1930, surpassing the Bassett Tower by 38 feet. It was designed by the famous Southwest architect, Henry Trost. It cost $1 million to build which was a staggering amount for that time. Now the renovation is predicted to cost $78 million.

The plans for the hotel are outstanding. It is going to be reborn as a 131-room boutique hotel, but the red-brick exterior will remain intact. The concrete second floor which was added in the 1970s has been removed revealing 88-year old chandeliers, steel beams, and wood such as found in adobe homes. This floor will now become the downstairs bar and will retain some of Hilton’s vision for the hotel. This floor will also have an upmarket restaurant with food from different regions of Mexico. The 17th-floor penthouse where Elizabeth Taylor stayed will become a bar with an outdoor terrace. There is also a 540-space car park right next door.

It’s not certain if the hotel will still be called the Plaza, but it will certainly be the place to stay when it is finished.

When to Visit El Paso

There is plenty to do in El Paso whatever time of the year you visit, but here’s what you can expect from the weather: 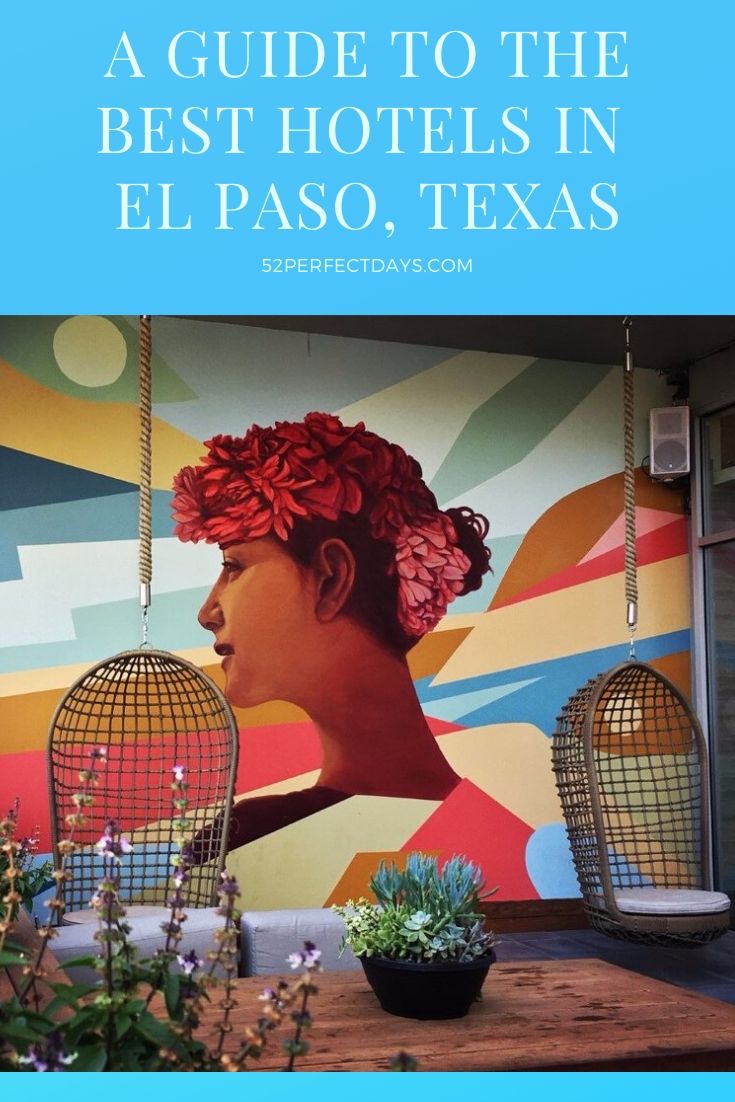 A huge thank you to Visit El Paso for their generous hospitality. I enjoyed a visit to the city as a professional blogger, but as always, all opinions my own.