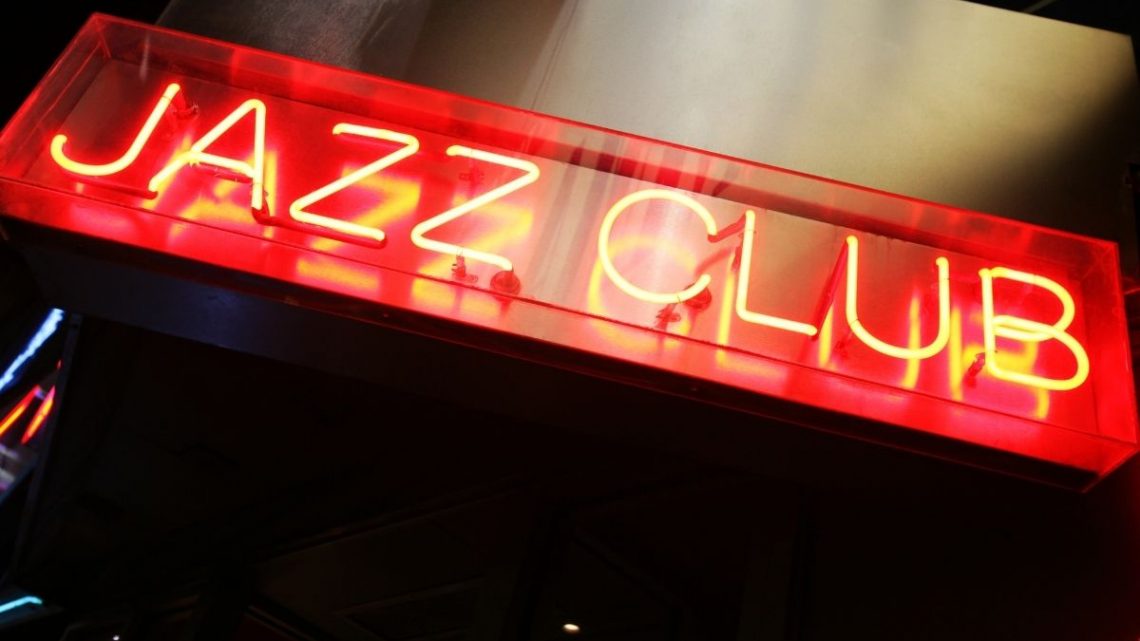 For those who love jazz, Chicago is tantamount to dying and going to heaven. This is a city where one can find classical renderings, good old Bee Bop, and swing, as well as experimental and improvisational jazz combos and musicians. Whatever one’s preference, it matters not; there are so many options in this city one can always discover something to suit their mood. Come along as we discover Chicago Jazz Clubs, Blues Clubs & best Jazzy Restaurants. 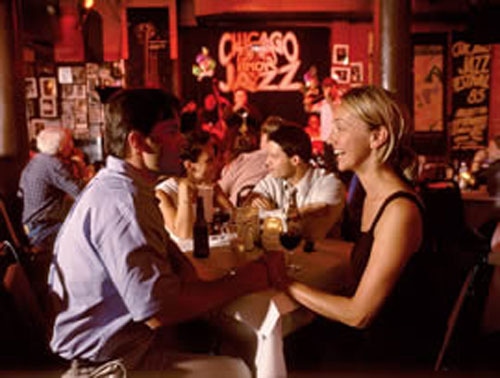 You can head to the more touristy places or, even better ask the locals and let them point you to the best gigs, thus steering you in the direction of whatever auricle delights you might be craving at the moment.

If you are too shy to reach out and ask the locals, grab a copy of the Chicago Reader; an up-to-the-minute accounting of virtually everything happening in the city from Shakespeare in the park to movies in the outdoors. Every type of musical fare from classical to jazz to country-you’ll find it listed in the Reader.

What you won’t find is what is most essential: a roadmap to the places that are not on the touristy paths but that offer some of the better experiences within the city. 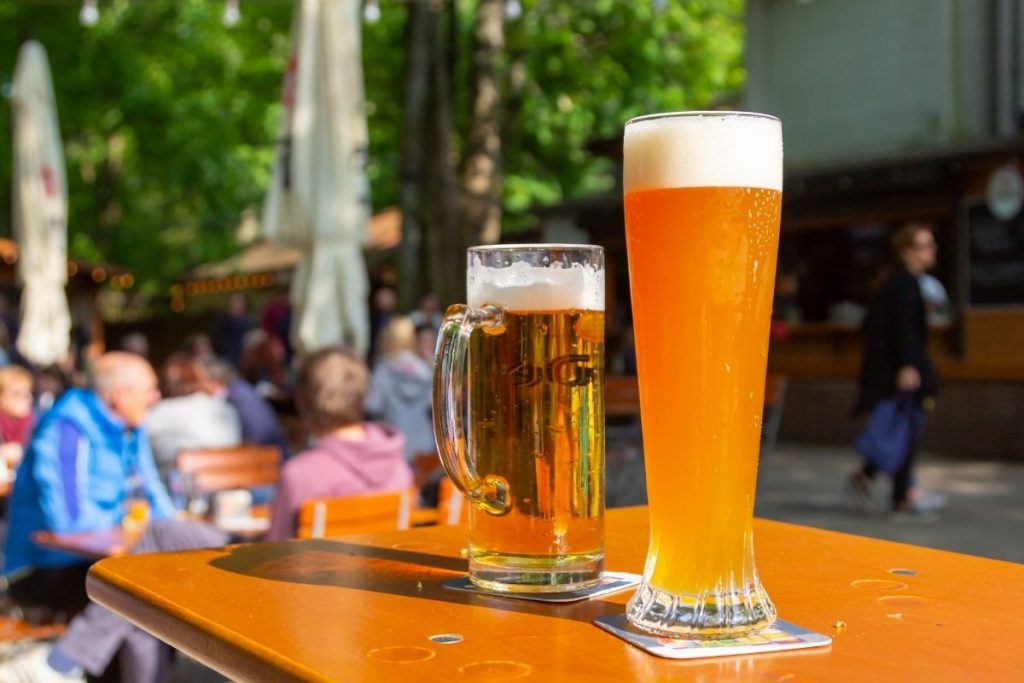 To begin this ‘in-the-know’ guide to jazz start by heading down to the Navy Pier to Miller Lite Beer Garden Grove; the place you want to check out for nightly combos and singers. While there isn’t a cover charge, the parking is going cost you. You may find that walking or the use of the Free Trolley are better ways to get around. 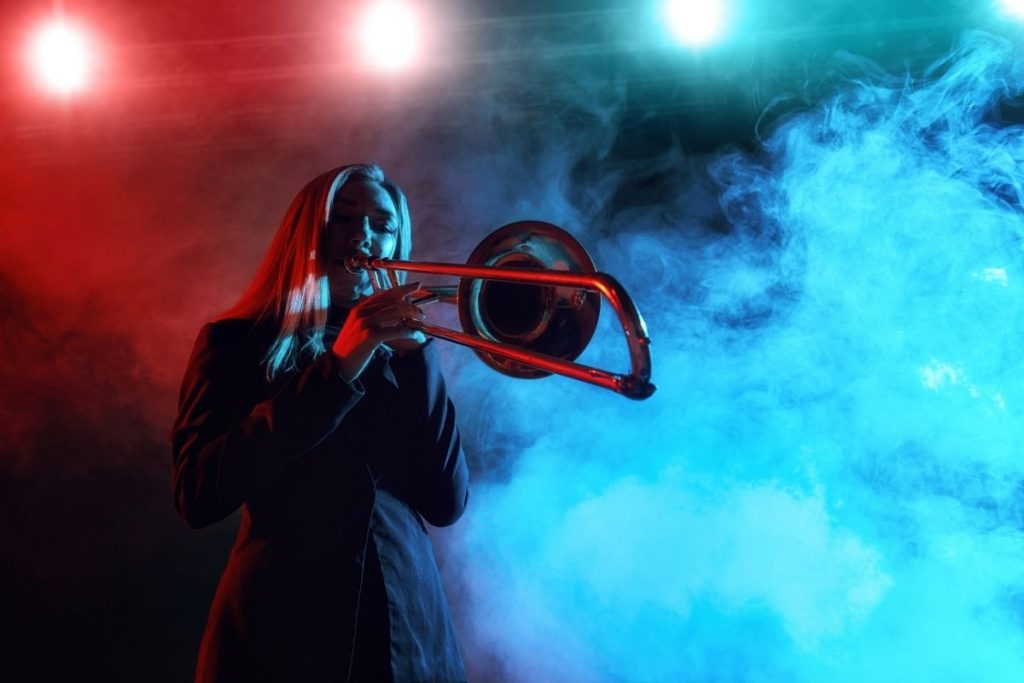 Another popular spot is Andy’s. This establishment has been around for a long time and offers a more swing style of jazz. Andy’s tends to draw the more well-known artists and combos in the area. People like David Sanchez and Dave Specter have graced the stage, while Kim Cusack and Eric Schneider are regulars here. On Sundays Andy’s offer a Jazz Brunch, although a tad pricey it is well worth it. During the rest of the week they offer everything from steaks and pizza to sandwiches and shrimp jonghe.

Avid jazz buffs must go to the Velvet Lounge. Fred Anderson, the owner, may seem a bit on the crusty side, but the beautiful music that comes out of his place is smooth. He is 75 years ageless and fosters many new talents. If lucky enough, you might even catch him on his saxophone playing along with the combos. This is one of the best venues for anyone who wants to savor improvisational and experimental jazz. These jam sessions meld into the late evening.

If you want a more romantic setting where the jazz wafts over you rather indiscriminately, then Pops For Champagne provides just the right ambiance. A lot of visiting business people like to hang out at Pop’s, bringing back memories of the earlier days of Chicago.

By far the best venue for the jazz aficionado would have to be the Green Mill (don’t confuse it with the Green Door). This is where the infamous Al Capone used to hang out and give his parties. Now excellent music reverberates here, and both musician and listener can find a groove and get lost in the rhythms of the night.

Unlike the Velvet Lounge, where the sounds are newer and more progressive, the Mill offers comfort food for the ears. You will hear a lot of organ and swing types of jazz. If you are truly seeking a rich and full jazz experience, then this is probably the venue you will most enjoy.

If you travel here in late summer or early fall, you are in for a seasonal treat. This is when the city celebrates its musical talent by staging impressive musical, cultural and food festivals. Most of these festivals take place from the first of June to the end of August or first of September, like the Chicago Jazz Festival which tends to fall during the later part of August.

There is always something happening in Millennium and Grant Parks, one will never be without the music while in this city. And be sure to stick around for the food festival, the Taste of Chicago. What could be better than good eats combined with great music in the middle of this gorgeous city?

A Night of Blues at Buddy Guy’s Legends 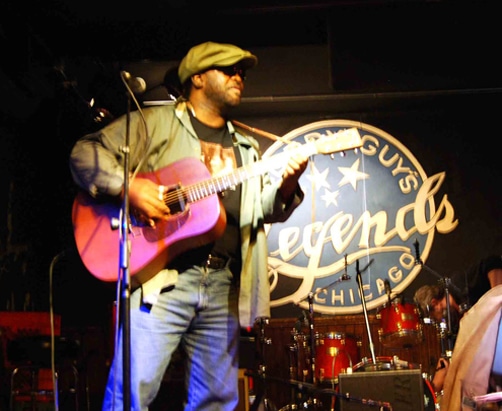 Chicago is home to the blues, offering a lively scene with many blues clubs and bars scattered throughout the city. Get ready for a night devoted to the blues chord progressions and blue notes that make up this music genre while visiting Buddy Guy’s Legends, on Wabash Avenue in the South Loop, for a full evening of food, drink, and blues.

The blues, contrary to its name, is joyful, celebratory music, and the true blues experience occurs when there is a call and response from the instruments and the vocals, with an additional call and response between the audience and the band.

The greatest blues players of the post-World War II period migrated from the Mississippi delta to Chicago. They electrified the delta style of playing, and created the Chicago electric blues sound. Giants of the music – Muddy Waters, Howlin’ Wolf, Little Walter, and Sonny Boy Williamson II, to name just a few, recorded for Chess Records at 2120 South Michigan Avenue, and reached an audience around the world. 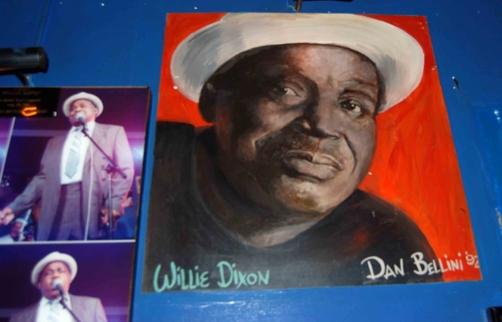 Buddy Guy, along with B.B. King, is one of the most famous living bluesman. He came up in the Chicago scene of the 1950s. Influenced by Muddy Waters, he went on to become an international star, winning five Grammy awards and an induction into the Rock and Roll Hall of Fame in 2005. He has influenced numerous rock artists, including Jimi Hendrix and Eric Clapton. He opened his club, Legends, in 1989, and it quickly became the world’s premier blues club.

On Fridays and Saturdays, Legends provides a free acoustic set, beginning around 6:00 p.m., to get the night going. There is no cover charge, so you can grab a table, have a drink, and listen to talented local bluesmen such as Fruteland Jackson or Diamond Jim Greene.

While you are absorbing the haunting sounds of the acoustic blues, take a look at the menu. Legends is a full-service kitchen specializing in Cajun cooking, as Buddy Guy is originally from Louisiana. Start with a cup of gumbo, or the fried okra, and then for a main dish try the “legendary etouffée” or the smothered catfish.

There are numerous tasty Cajun dishes to choose from, along with po-boy sandwiches, or for the less adventurous, the “damn right burger”. For dessert, try the key lime pie. The food is well prepared and tasty, and you will not go hungry. The fully stocked bar will provide a beverage to accompany your meal.

Take time to check out the club itself. Buddy Guy has hung the walls with blues memorabilia from his long career, so the place serves as a combination blues bar and museum.

You will see guitars signed by all kinds of famous artists, pictures, posters, record albums, a display case containing Buddy’s Grammies and other awards, and portraits of such legendary players as Stevie Ray Vaughan, Willie Dixon, and Eric Clapton. There are also four pool tables, so if you want to get in a friendly game between sets, go right ahead.

The major acts start around nine o’clock, and there is a cover charge to see them. The format of the paying shows is an opening act, usually an excellent local group or an up-and-coming young performer. You won’t want to miss this set, because the openers are usually very good.

The headliner on the weekends is always a major blues talent. Everyone who’s anyone in the blues world has played here, from the late Junior Wells, to Tinsley Ellis, Elvin Bishop, Koko Taylor and many more.

When the headline band takes the stage and strikes up the first notes is a thrill like no other, for you are hearing the very best musicians playing in an intimate club setting, with excellent acoustics and an enthusiastic crowd shouting encouragement. The artists know that they are playing on the best blues stage in Chicago, so they put something extra into their performance.

The headline band plays the first set until about midnight and then comes back for a second set that runs to about 2 a.m. It’s that second set, after midnight when the band is loose – and so is the audience – that’s when the blues, as the song says, “come tumbling down”.

It is a magical musical time that is not to be missed. True blues is a communal experience between musicians and audience, where everyone in the room reaches the same emotional peak during the guitar solos and the vocals. Cries of “Play the blues!” and “have mercy!” rise from the audience as the musicians, bathed in sweat, crank up the music that one extra notch in intensity to please the crowd.

As you leave Buddy Guy’s club in the early morning hours, the sounds of the blues still ringing in your ears, you will take with you the feeling of the music – the warm feeling of people enjoying this exuberant music together – and you won’t be able to help but smile. And you will want to come back the next time you are in town.

If it’s truly a late night and you are ready to roll straight to breakfast; here are our favorite breakfast spots in Chicago.

Lori Villamil Christian is a freelance writer and teacher of creative writing. She lives with her author hubby, James, and their growing menagerie up in the back hills of Hemet, CA. Lori is a full time country woman who commutes to lands far off only when paradise becomes too much to bear. She is currently working on a collection of short stories and two novels.

About the Author Lori Christian

Lori Villamil Christian is a freelance writer and teacher of creative writing. She lives with her author hubby, James, and their growing menagerie up in the back hills of Hemet, CA. Lori is a full time country woman who commutes to lands far off only when paradise becomes too much to bear. She is currently working on a collection of short stories and two novels.