Situated in the tri-valley area just a forty-five-minute drive from San Francisco, Livermore is worth visiting whether you’re stopping over en route to surrounding wineries, or are just looking to soak up some small town simplicity.

Thanks to a multi-million dollar streetscape project in 2006, the four lane highway that ran through Livermore’s downtown area has since been rerouted and replaced with a (much quieter) tree-lined main street. As a result, the city’s main shopping district is today a laid-back, pedestrian-focused place in which to walk, eat, drink and shop.

Livermore’s surrounding valleys were originally home to the indigenous Ohlone people until Spanish colonialists arrived in the late 18th century. In 1869, pioneer William Mendenhall established the town on Rancho Las Positas land, naming it after his friend and ranch owner, Robert Livermore. Initially sustained by cattle farming, Livermore became popular in the wake of the gold rush when prospectors used it as a railroad stop. It was only years later, after the soil and climate were found to be ideal for fruit and grape growing, that viticulture and fruit farming became part of the town’s economy. Although winemaking remains Livermore’s major industry today, the city’s population also feeds two nearby government research labs, and is conveniently located for Bay Area commuters. 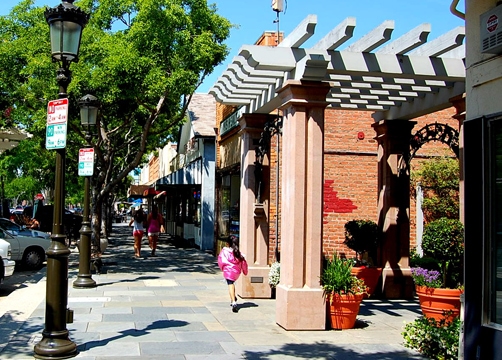 Downtown Livermore is small enough to walk through, so as you enter the town on North Livermore Street, take a right just before First Street and park in the free lot on the corner. From your car, walk back to First Street – the main downtown shopping artery – and start your day with an espresso from Panama Red Coffee Company. An independent coffee house with only six stores in the Bay Area, Panama uses gourmet beans roasted in the craftsman-style batch method that you won’t find at your average Starbucks. By day the coffee house is a cozy local meeting place, while by night, it’s one of Livermore’s main live music venues.

If you’re in the mood for clothes shopping, several stores on Main Street fit the bill. From Panama Red, walk to Baughman’s, a western apparel store that sells everything from boots and belts to shirts, hats and equestrian supplies. Opened in 1881, the store is the oldest continuously run business in Livermore, so it’s worth a look-in just for this fact alone.

A few doors down is Orghipchick, a contemporary women’s clothing store that stocks mostly California-sourced garments made predominantly from natural fabrics. Next, cross the road and stop in at Savvy Seconds, a consignment boutique selling an assortment of used and new women’s clothes. 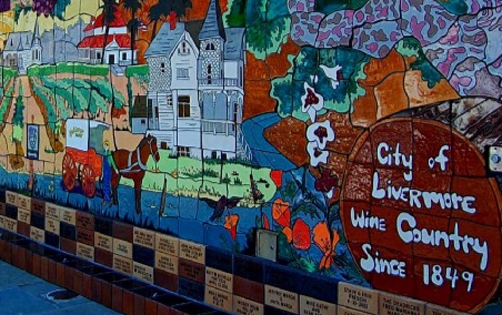 Besides clothing stores, several interior and gift stores like Main Street Designs and OutSideIn Etc. sell knickknacks such as ornaments, picture frames, jewelry, accessories, gift cards and candles. And whether you have a child with you or are nurturing your inner one, Fantasy Books and Games on the corner of First and South Livermore has an impressive range of action figurines, Marvel comics, and other graphic novels.

If you want to wine taste but don’t feel like driving out to the surrounding wineries, Blacksmith Square is a good compromise. Located just a few blocks away on North Livermore Street, the square is the site of the town’s original blacksmith buildings that were renovated and reopened in 2006. Today, the building’s occupants consist of boutique stores and tasting rooms serving over forty boutique wines from five local wineries: Hidden Creek, Big White House, John Christopher Cellars, Retzlaff and Thomas Coyne. If the weather is good, grab your glass and sit at the tables and chairs in the courtyard outside.

Livermore offers a satisfying range of food options for both lunch and dinner, but if you want to continue the wine theme, consider the contemporary Chinese cuisine at Uncle Yu’s which offers quality wine pairing suggestions with each dish. Combinations include sweet honey glazed calamari offset by the dryness of Gossett’s “Excellence” champagne, and lobster shumai and wontons paired with Kalin Cellars’ 1994 “Cuvee W” chardonnay. For dessert, the mango, passion fruit and raspberry sorbetto dipped in white chocolate is hard to resist, especially when served with the berry-flavored Vin du Bugey-Cerdon’s “La Cueille” from Savoie in the French alps.

With a day exploring downtown Livermore and tasting a few local wines, you still have all the tri-valley wineries to visit, though you can always come back to them another day. After all, in keeping with the spirit of the area, there’s something to be said for taking it slow.