The Philippines is a tropical country that has a charm that makes it difficult for wanderlusts to resist.  This is in part due to the multitude of great places to visit. Each region is distinct and there are many subcultures that make the country incredibly diverse. One of the most popular places in the Philippines to visit is Puerto Princesa. It is a highly urbanized city located in the midsection of Palawan. But don’t let “highly urbanized” fool you into thinking that this is just another big city and nothing more. There are many natural wonders that you need to see in the immediate area.

Save Big on Your Puerto Princesa Vacation

Check out the Top Tours & Day Trips from Puerto Princesa

Read Reviews of the Best Hotels in Puerto Princesa, Palawan on TripAdvisor

This underground river is located at the Puerto Princesa Subterranean River National Park and is also one of the UNESCO World Heritage Sites. Tourists have the choice of taking a 15-minute boat ride or a two-hour hike to get to the staging area where boats ferry passengers through the cave.

Despite the high volume of visitors, the queuing system is incredibly organized. Each guest is provided with an audio device (in a language of their choosing too) that explains the history of the park and the various rock formations in the cave.

Ugong Rock is a cave complex that’s named after the gong-sound that some rock formations there make when tapped. And once you’ve reached the mountaintop, take a 300-meter zipline down just for the thrills.

Starfish Island, Luli Island, and Cowrie Island are three of the most notable points on interest in Honda Bay. It’s at these islands where you’ll get to see a wide variety of fishes and coral reefs. Starfish island, in particular, holds a dense population of starfish.

Cowrie Island also offers water sports activities like jet skiing, parasailing, and kayaking (which lets you paddle around the many mangrove forests nearby.) 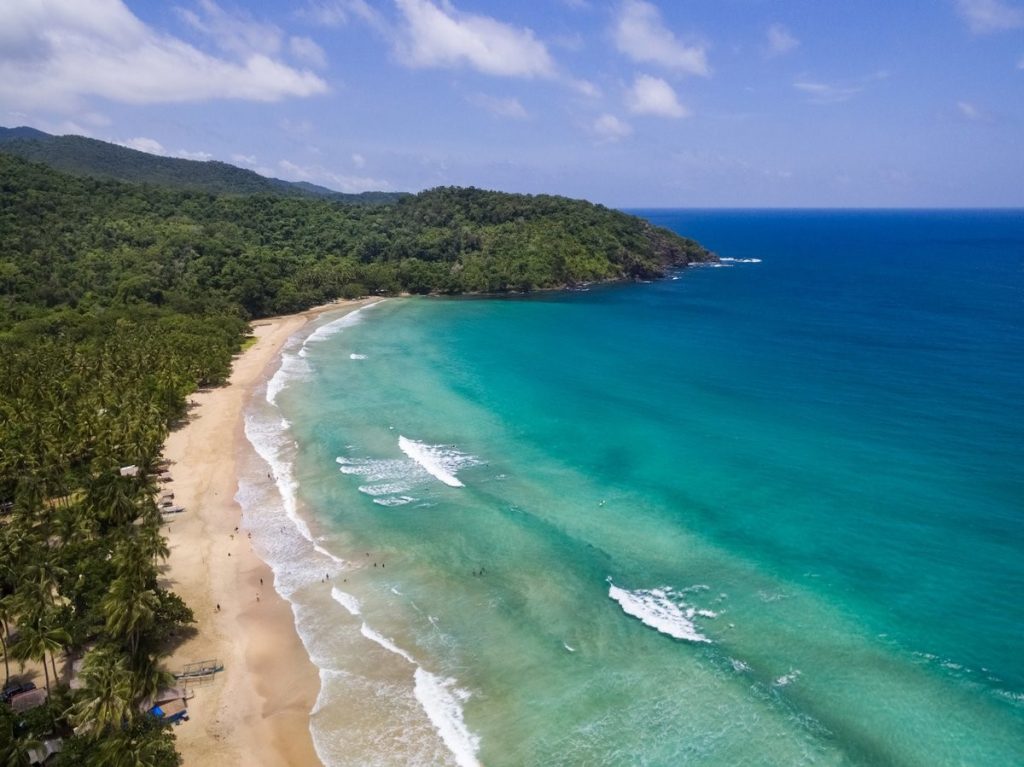 Whether you plan to swim, sunbathe, or go on a beach-side picnic, these are two of the best beaches you can visit in Puerto Princesa with the former being a relatively uncrowded beach. There are many hotels that offer waterfront views for those want to enjoy the beaches without giving up their privacy.

For those who have a passion for history and art, Puerto Princesa city holds various historical sites like their World War II Museum, the Puerto Princesa City Cathedral, and Rizal Park.

You’ll also find the Palawan Rescue and Wildlife Center which is also where you’ll find the crocodile farm that held the world’s largest crocodile, Lolong, who measured at 20 ft. and 3 inches and weighed at 2,370 lbs. While you won’t get to see Lolong, there are plenty of other crocodiles that are almost as impressive.

Mango ATV X-treme Palawan is one of the best wild exploration trails in Puerto Princesa. The 25.5km area is a playground for ATVs, quad bikes, and dune buggies. The best part about MAX Palawan is that it’s also quite affordable. Package prices range from $15 to $50.

The Palawan International Circuit os a go-kart track in Puerto Princesa that features a 1.3km (0.8080 miles) track with 15 turns. The Go Kart Circus is a fun way to test your driving skills and race against your friends.

It’s a strange thought to want to visit a prison on vacation, but you’re going to want to see how not all correctional facilities put their prisoners behind bars. The Iwahig Prison is a model correctional community where prisoners are allowed to roam around in a vast area. They are tasked with farming, fishing, and making handicrafts, which you can buy as souvenirs.

The Palaweño Brewery is one of the first local craft brewers in the Philippines. The craft beers here are in tune with the laid-back vibe of the island. Some of the beer variants that you must try are the Palawan Wit Belgian Wheat Beer, the Hunter Honey Nut Brown Ale, and their American Amber Ale. Many of these beers are also sold in some of the top establishments in Puerto Princesa. And if you fancy, you may even have a couple of these shipped back home, just make sure to use a delivery management program like the Fedex delivery manager to help you coordinate with couriers to ensure that your beer arrives safely.

Since you’re going here for the tropical weather, the best time to visit Puerto Princesa would be from January to April. These are considered to be the “Summer months” in the Philippines and it’s during these months that rainfall is at its lowest.

However, if you want the very best experience, I recommend a visit during January and February because during these months, the heat is still bearable and the rainfall is minimal.