I met her in New York. Sophisticated, had studied history in college, someone who talked about the polishing effects in the sculpture of Bernini. Beyond that we had a clear case of "high enthusiasm" for each other. So, I didn't want to take her just anywhere. I understood that this would require staging.

I met her in New York. Sophisticated, had studied history in college, someone who talked about the polishing effects in the sculpture of Bernini. Beyond that, we had a clear case of “high enthusiasm” for each other. So, I didn’t want to take her just anywhere. I understood that this would require staging.

A romantic encounter requires the right setting. But where to go? I was, after all, the host. Ultimately, I decided to stage the extended time together, a full day, in Palm Spring to see, well, what we might see. After all, if it was good enough for Clark Gable and Carole Lombard, it might just be a magical fantasy “set” for us! 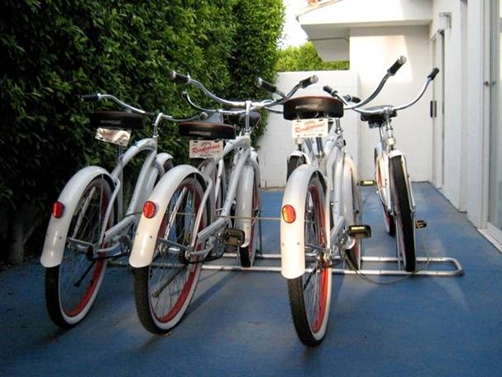 Ultimately what glamorous men and women inevitably do together, they become famous couples like these: Clark Gable and Carole Lombard, Steve Lawrence and Eydie Gormé’, Frank Sinatra and Ava Gardner, Lucy and Desi, Elvis and Priscilla, David O. Selznick and Jennifer Jones, Liberace and his piano and finally, Ike and Mamie Eisenhower, Ron and Nancy Reagan and Walter and Lee Annenberg and, well, the list is just beginning.

Arriving in Palm Springs by car is a bit like walking through the front gates to an old-time movie studio. Suddenly you’re on the set for “Robin (Hood) of Sherwood”, lots of actors in a very green setting. It’s an oasis in the parched earth of the desert. Maybe a closer description would be that it looks like someone has thrown a green rug onto the desert floor. Abruptly, the lunar landscape of the desert ends and what was once arid becomes fertile soil for lush growth. It’s so obviously artificial that one expects that whatever follows will be manufactured and a little on the rocks.

It’s an oasis where everything is glorified and glamorous, where exclusivity and style are the cache’ and coin of the realm. There are two principal streets in this paradise. Driving in on Palm Canyon is how people arrive and the parallel world of Indian Canyon Drive is the way out.

Palm Springs is where Hollywood has come for the last 90 years or so, to get away from the physical pressure of work in the movies and the social pressure of the people who make them. The treks started when location scouts were looking for desert backgrounds for Rudolph Valentino in “The Sheik” or maybe not. Since this is a town built on people who engage in fiction in a serious way everything has to be fact-checked at least twice!

Frank Capra, the director of “It Happened One Night” and “Mr. Deeds Goes to Town” even filmed one of his most famous movies here, in the hills behind Palm Springs. Yep, just to add a little more exotic glamour to the town it’s also the home to the exteriors for 1937’s “Lost Horizon”. Convenient for Frank Capra because he too, had a home in Palm Springs.

My Bernini loving companion fit into the surroundings. Nice match, I thought. Thank heavens, she didn’t try to fact-check our conversation, romance often suffers under the cruel light of interrogation. We decided to let the real and the magic blend where it might and the comfortable little town was a support for that. The only sharp edges were the creases in a few pairs of Bermuda shorts.

We began our exploration of Palm Springs with a tour of the town with Melody Winston of Palm Springs Tours and More called the “Celebrity/Architecture Tour” to orient ourselves to where we were. It was a fun way to cruise around the little town and stop at all the homes past and present of the very famous.

We saw it all, down to George Hamilton’s signature in the cement outside his garage. Raymond Loewy was a resident, as well. He was the designer of the coke bottle, as well as other beautiful objects and he had a house in Palm Springs. Melody is an insider and knows how to make her guests feel like they are, too.

The hotels and spas and restaurants in Palm Springs have a wonderful haute’ sway. The extraordinary is well represented here. I must tell you about a rather wonderful little hotel which is a favorite of mine in Palm Springs. It’s actually a mid-century architectural gem, The Palm Springs Rendezvous. The place elevates the term “little hotel in a small town” to the status of a precious gem in a glittering tiara.

The rooms are perfect retro furnishings from the 1950s with chic California bungalow style. Just as the tour ended we returned to the Rendezvous and Jake toe owner was making hors d’ouevres and serving drinks. It’s a charming way to get to know your temporary new neighbors. We joined them.

We stayed in the “Pretty in Pink” room, Marilyn Monroe’s favorite. It was a tres’ chic example of the mid-century style. We kept thinking of her there. The room was much less than grand, just a nice-sized pink sleeping-room with what had been a kitchen and now housed a big hot tub. We had an impression we would have liked her. After all, she was on friendly terms with Robert Frost and T S Eliot two major American poets and she was wife to Arthur Miller, likely the greatest playwright of the 20th century. So we began to speculate that since they were her friends she must have had something to say for herself, as well.

That night we ate at Copley’s which is built into four cabins which were on the former Cary Grant estate. In fact, they were his guest houses, so it was another star-studded evening. My art historian and I had sublime food. I feasted on the prime beef tenderloin, which in the words of my former step-mother was “to die for” (a remark I never understood). I mean if you’re dead, how can you enjoy the food? And she had scallops, an appetizer made as an entree’, about which she only had praise.

Palm Springs is splendid. It’s a word I don’t use often, but it truly is and I would happily return. It is a town which intends to please and, well, interest. I have taught film history at the Smithsonian Institution and at Chapman and Brown Universities and so for me, it was magnetic.

However, if you haven’t been interested in movie history I’m sure it will hold your attention as a place of style and beauty. For my lady-friend, it was a chance to return to haunts from her childhood, as she grew up near the little desert town. Even sophisticated New Yorkers can be captured by its spell.

Palm Springs was a treat for us, but as my recommendations emerge, it’s best as a shared delight, as a background for romance, it worked to perfection for us. I cannot imagine it wouldn’t work its magic for you and, well, anyone.

WHEN TO VISIT PALM SPRINGS

The best time to visit Palm Springs is between January and April when daytime temperature only reach between the 70s and 80’s. Fall’s temperatures are almost as nice, but unless you love the heat, we wouldn’t recommend visiting in the summertime when daily highs regularly reach the triple digits.

If you enjoyed this article about the Best Coffee in Palm Springs, you’ll also love A California Weekend Road Trip With The Toyota 2018 Rav4.

Traveling To Palm Springs Soon? Here are a few tips:

Where to stay: There are many places to stay in Palm Springs as well as in California. There is a wide range of hotels, from budget to luxury. For a luxury hotel that won’t break the bank, I recommend the Colony Palms Hotel, which is currently the #1 hotel on Tripadvisor. For a mid-level hotel, I suggest the Hilton Palm Springs.  Finally, for a budget hotel, try 7 Springs Inn & Suites. You can also check HotelsCombined for the best Palm Spring Hotel Rates.

What to pack: The temperatures each season vary greatly. I visited in February and was very happy to have a crisp white shift dress, a silky serum for skin hydration and a pair of day to night sandals. The weather is beautiful year-round, and you’ll be able to take a dip in the pool, even in winter, so you’ll want to pack swimsuit coverups.

6 Indispensable Items to Pack for a Palm Springs Vacation

Richard Basch is a writer, photographer, and TV producer living in Venice, CA. He spent the last year teaching film history at Chapman University’s Dodge College while travelling around Mexico and writing stories for a variety of publications. He has written for “The Washington Times”, NPR’s “The Savvy Traveler”, “Modern Maturity”, “The Arizona Star”.

He is currently producing a TV documentary on Herman Mankiewicz, the writer of “Citizen Kane” and doing assignment photography in Southern California and elsewhere.

About the Author Richard Basch

Richard Basch is a writer, photographer, and TV producer living in Venice, CA. He spent the last year teaching film history at Chapman University's Dodge College while travelling around Mexico and writing stories for a variety of publications. He has written for "The Washington Times", NPR's "The Savvy Traveler", "Modern Maturity", "The Arizona Star". He is currently producing a TV documentary on Herman Mankiewicz, the writer of "Citizen Kane" and doing assignment photography in Southern California and elsewhere.