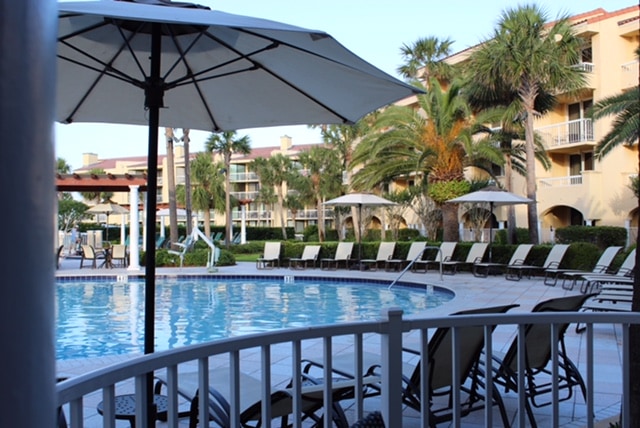 1935 was a time when Americans began to have a glimmer of hope. The unemployment rate was dropping, and people were looking for hope and levity. Under FDR’s New Deal the confidence of the American people was bolstered. Most people owned a radio and listening to the radio distracted people from their everyday struggles. Swing music, that toe tapping big band sound, drew young people in droves to ballrooms and dance halls across the land. It was in this era that the King and Prince Hotel was conceived.

The History of the King and Prince Beach & Golf Resort

The King and Prince Beach and Golf Resort opened as a seaside dance club in 1935. With its sweeping ocean views, it was the perfect location for a hotel, and the main building was opened to the public as the King and Prince Hotel in 1941.

When World War II broke out, enemy submarines were all up and down the East Coast of the United States. Because the Georgia coast was so desolate at that time, the concern was that enemy troops would land unseen. Converted for military use, The King and Prince was used as a naval coast-watching and training facility. The very first radar station was built on St. Simons Island.

The King and Prince Today 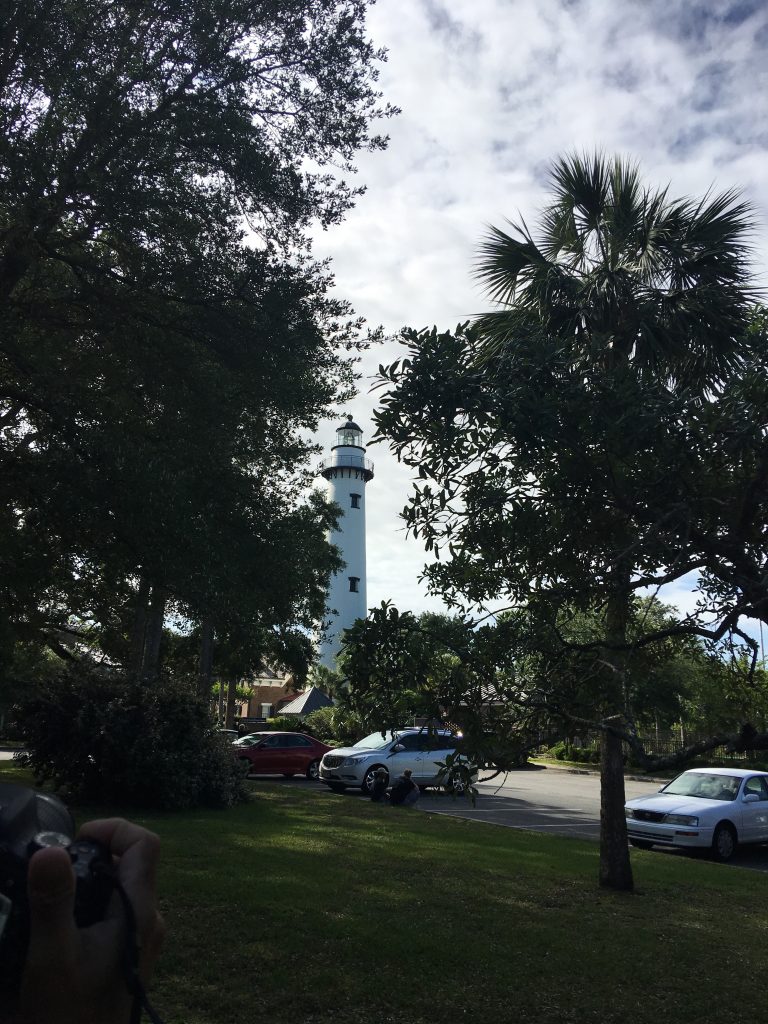 St. Simons Island, Georgia, the St. Simons Light, one of the icons on the island

The resort has won a profusion of awards including Trip Advisor’s “Certificate of Excellence for seven consecutive awards. St. Simons has been named one of the “Top 10 Islands in the United States” by Condé Nast Traveler. Travel+Leisure has named the island “America’s Most Romantic Town.”

In the South, there are many family traditions that carry on from generation to generation. Vacationing at King and Prince is one of those family traditions. Bud St. Pierre shared with me that it is not unusual to see grandchildren now bringing their families to vacation at the resort because they have such great memories of the times they spent with their families here. The resort and St. Simons Island hold a paramount part of their heart. Steeped in tradition and history, it is easy to understand why the resort is listed on the National Register of Historic Places. 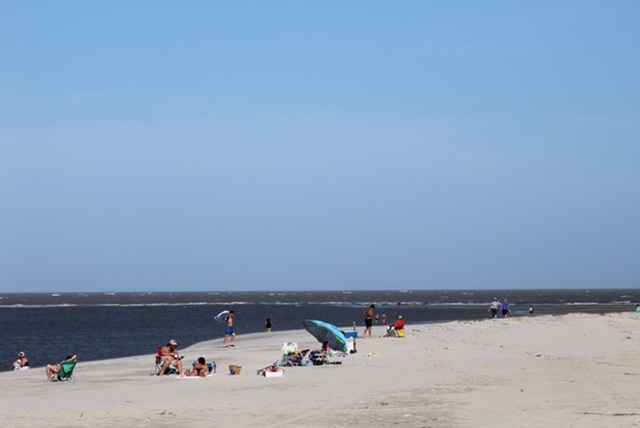 Beach time at the King and Prince beach

What to Expect at King and Prince Resort

The resort has a multitude of accommodations, including Oceanfront Suites, Beach Villas, and Resort Residences (with some sleeping up to ten people in five bedrooms!). The suites, villas, and residences are nicely appointed, and very comfortable. 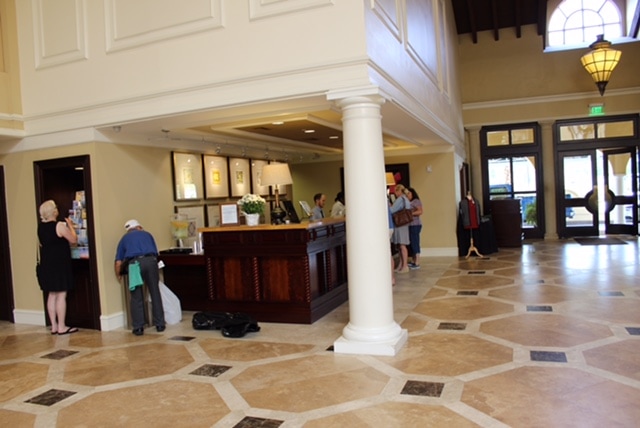 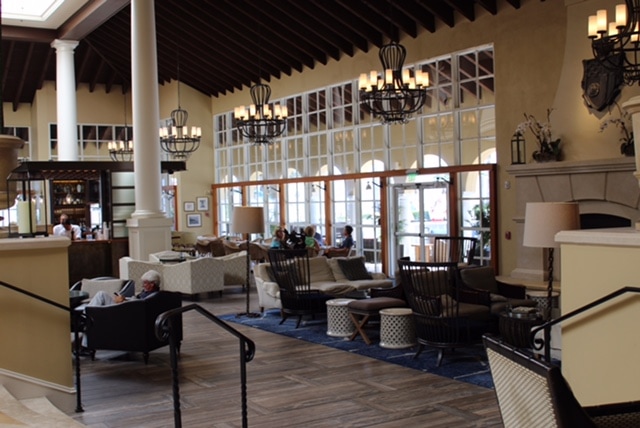 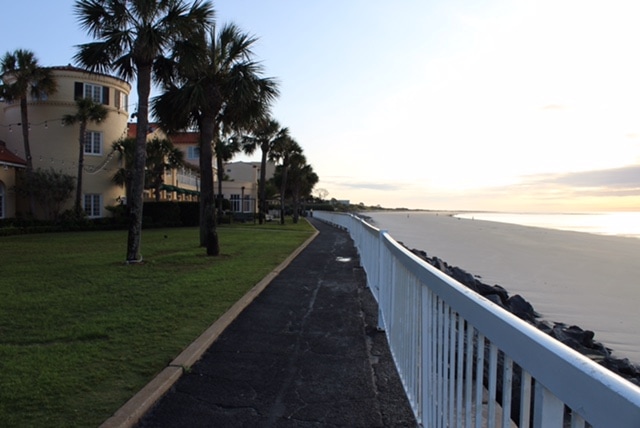 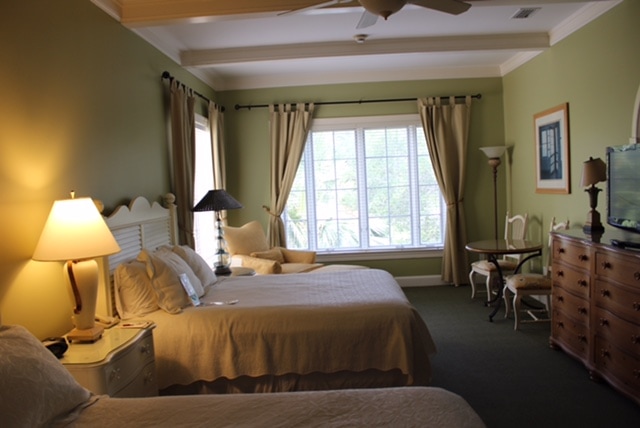 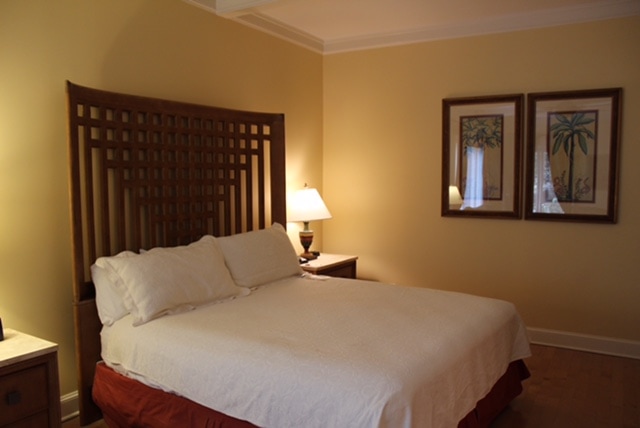 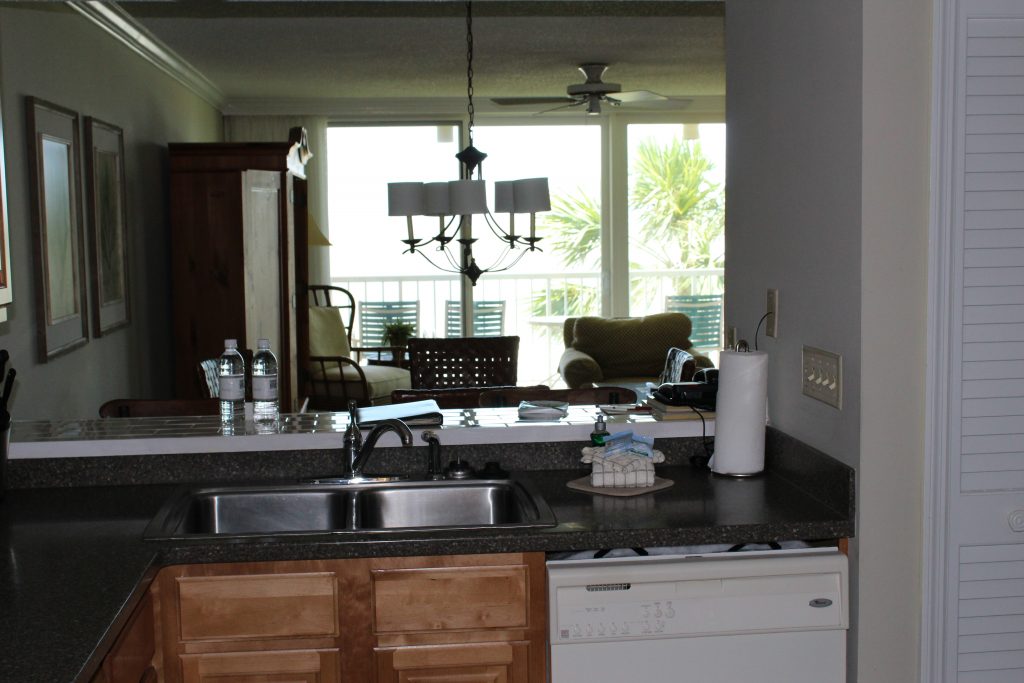 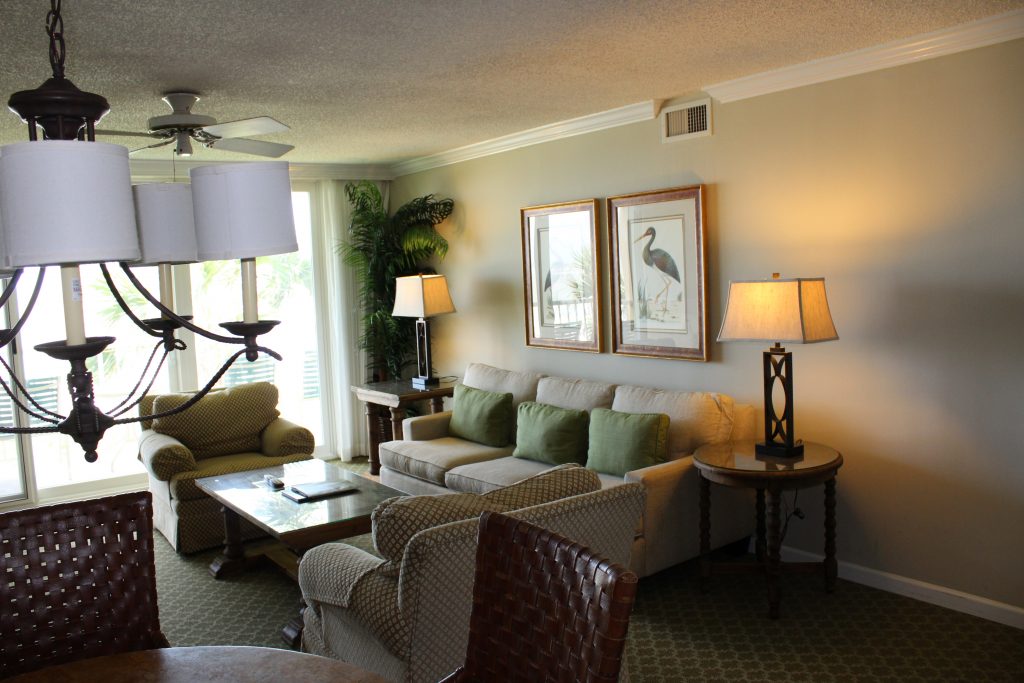 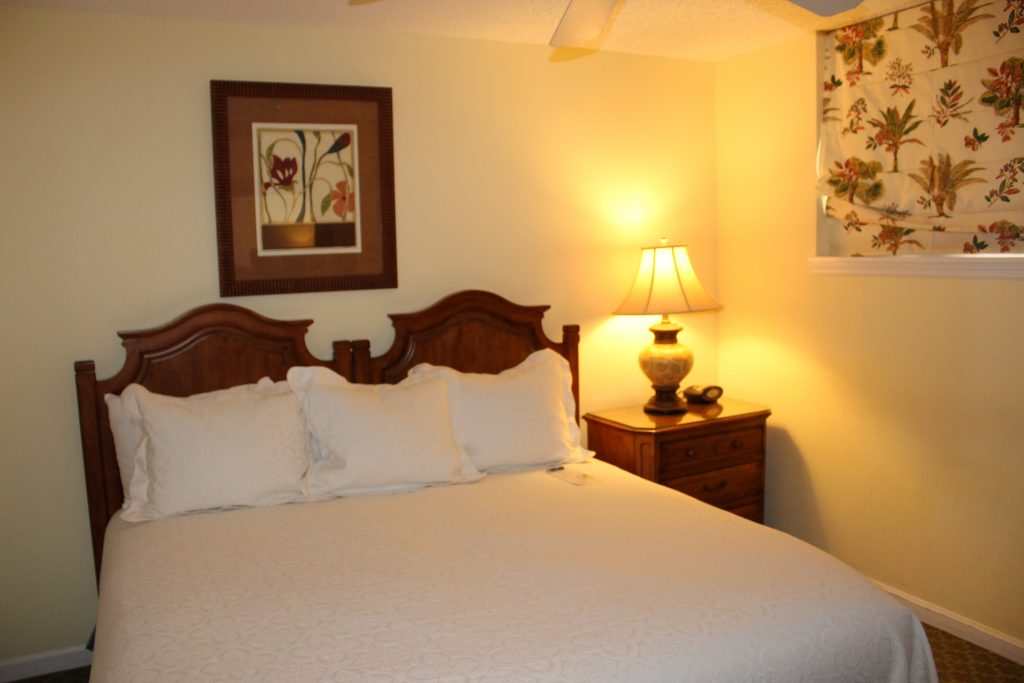 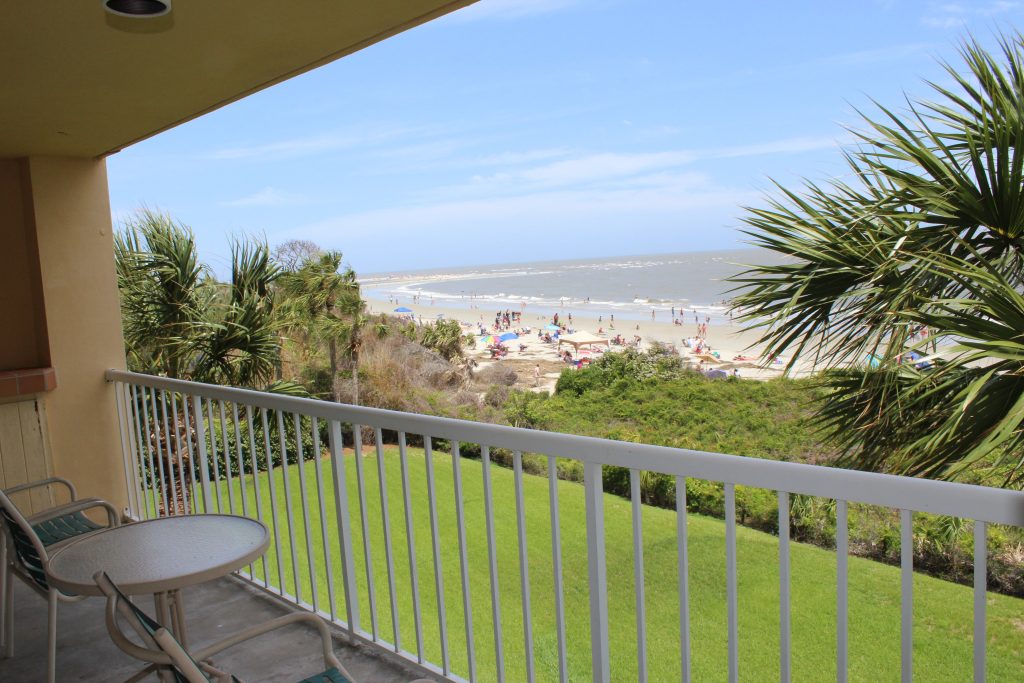 Amenities at the resort include a spectacular outdoor pool, tennis courts, a fitness facility, and the Royal Treatment Cottage Spa. The Golf Course has been named the “#1 Course in Georgia” by GolfAdvisor. This stunning course overlooks lakes, lagoons, and tidal marshes, and is a fun challenge to play. 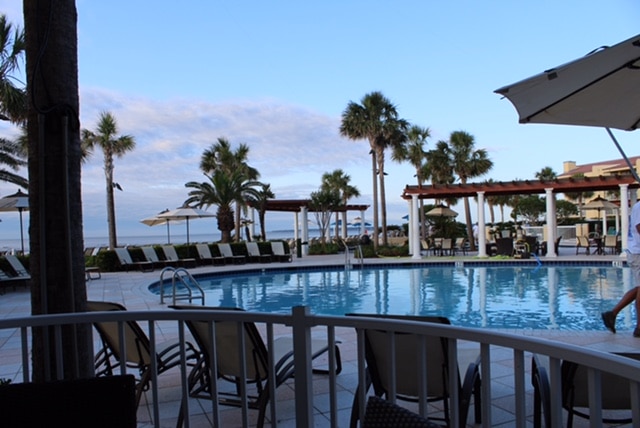 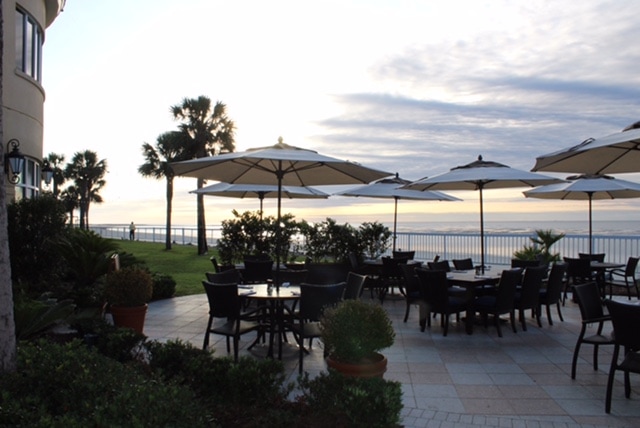 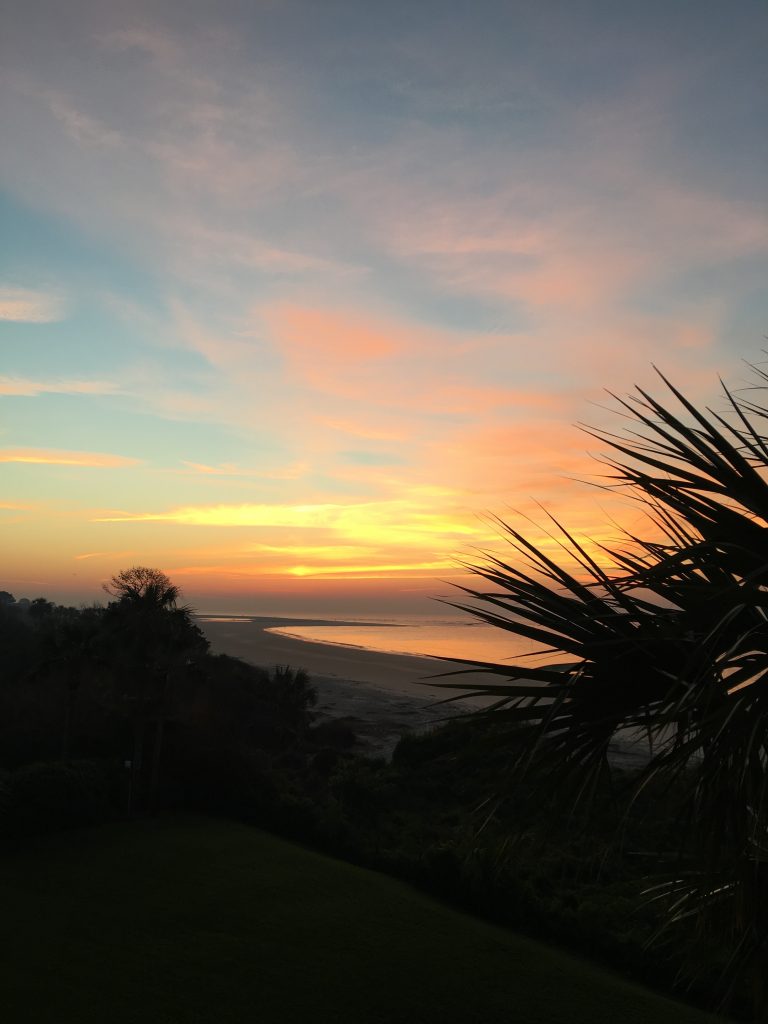 ECHO, the resort’s restaurant is superb. Chef James Flack’s culinary creations are designed to tantalize your senses, and he does not disappoint. At one of our five-course dinners, Chef Flack put his culinary prowess to the test. Each dish was paired with an excellent wine selection.

The blackened Red Fish, accompanied by Thomasville Tomme Polenta Cake, Grilled Fiddle Head Ferns, and topped with Crawfish Andouille Butter sauce was one of my favorites. The Fiddle Head Ferns were tender and delicious!

Chef Flack discovered his love for the art of cooking at Machiavelli’s, a family-owned Italian restaurant in Bristol, Tennessee. “I’ve spent most of my life on these islands looking over the coastal waters. My love for local food, tradition, hard work and integrity has brought me here. I want to share my unconditional love for food with our guests, co-workers, and friends.” 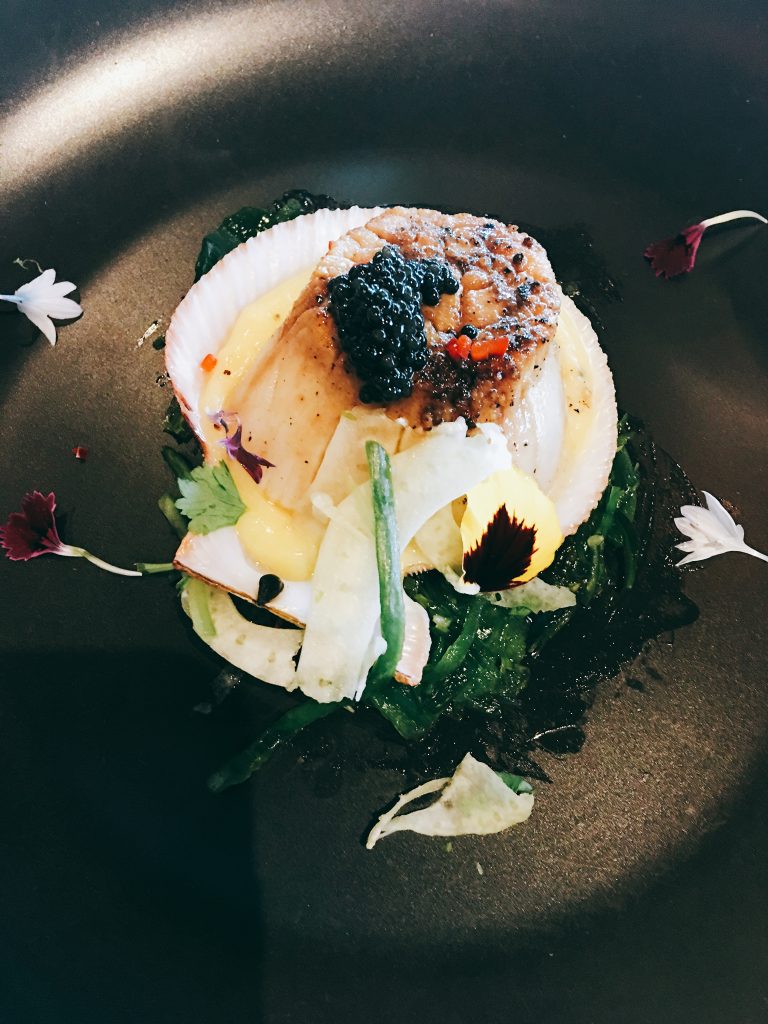 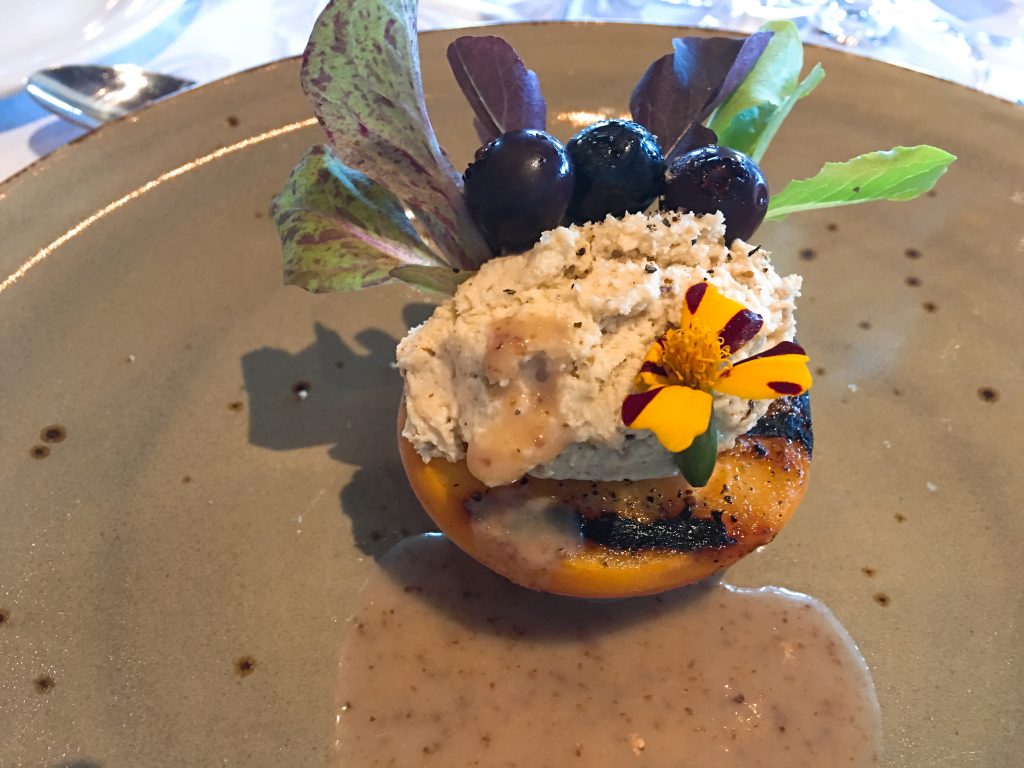 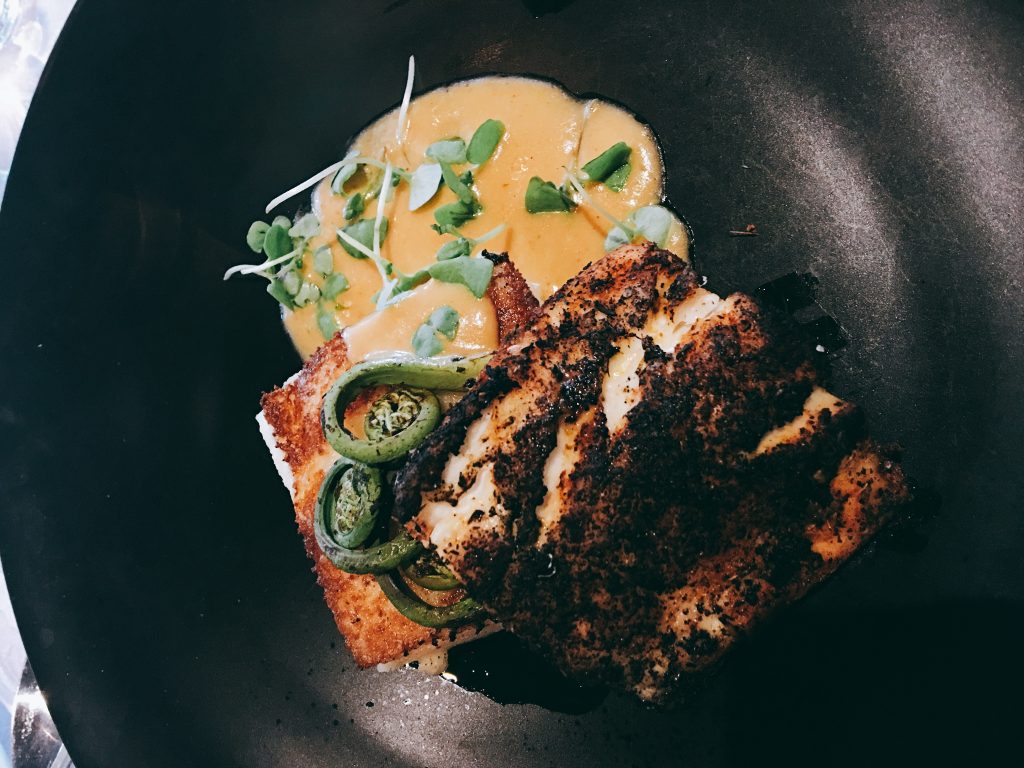 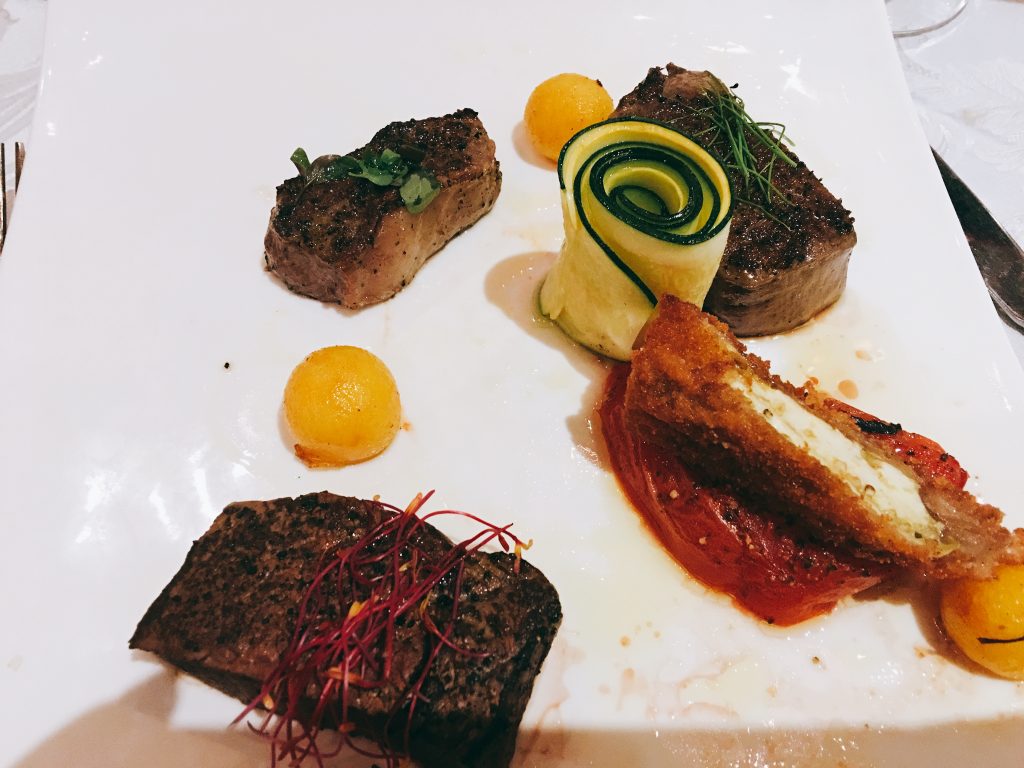 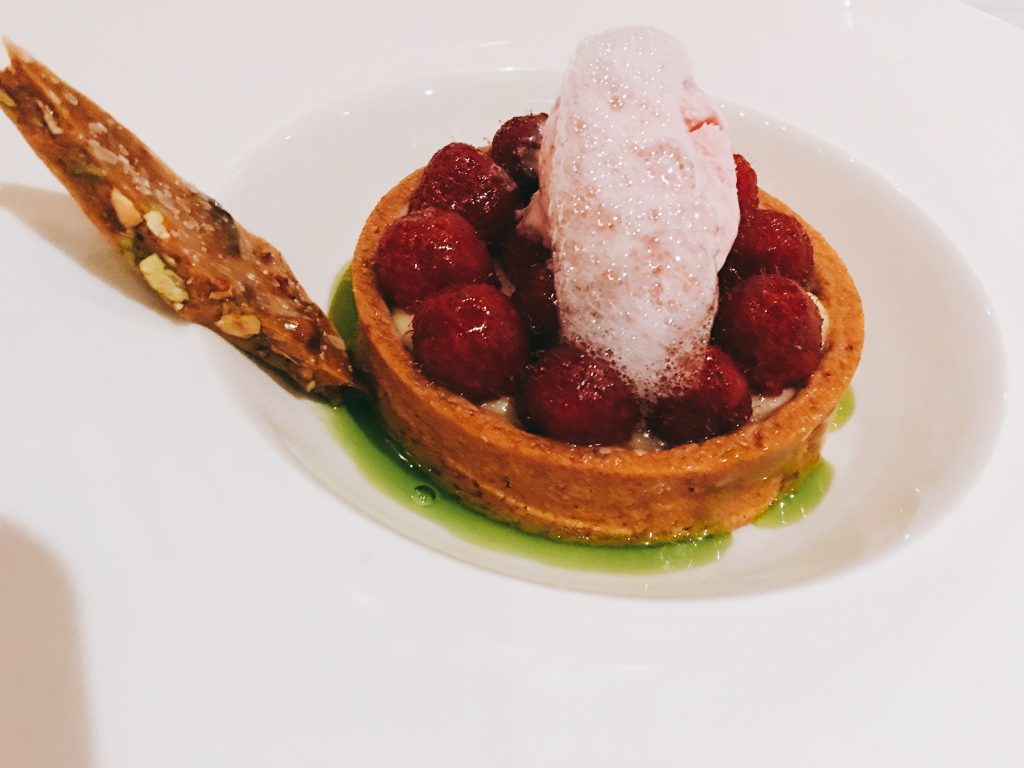 Want to sneak away for a romantic weekend? Perhaps a family getaway? Check out http://www.kingandprince.com/booking.aspx 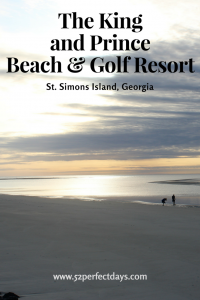 FTC Disclosure *We were offered a complimentary visit to the King and Prince Beach and Golf Resort as part of a Press Trip. All opinions are my own. No other compensation was received.* 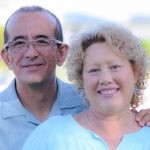 Betsi and Jim Hill, husband and wife of 28 years, along with their sidekick pup, Bentley, are the traveling team at Betsi’s World. Betsi is a freelance journalist and blogger, and Jim is a freelance photographer.

Next post 52 Reasons to Visit the Republic of North Macedonia

About the Author Betsi & Jim Hill

Betsi and Jim Hill, husband and wife of 28 years, along with their sidekick pup, Bentley, are the traveling team at Betsi's World. Betsi is a freelance journalist and blogger, and Jim is a freelance photographer.

Comfort Mixes with Luxury at the Kahala