On a recent business trip I experienced an unexpected perfect day that snuck up on me like serendipitous rain shower during a forest fire. When I first heard about my assignment to Portland, Oregon, I have to admit that I wasn't expecting much, since the only thing I knew about the city was that Clyde Drexler could dunk a mean basketball, and that apparently the last census had proven Portland as the "least ethnically diverse city in America".

On a recent business trip I experienced an unexpected perfect day that snuck up on me like serendipitous rain shower during a forest fire. When I first heard about my assignment to Portland, Oregon, I have to admit that I wasn’t expecting much, since the only thing I knew about the city was that Clyde Drexler could dunk a mean basketball, and that apparently the last census had proven Portland as the “least ethnically diverse city in America”.

Living currently in downtown Miami and formerly in Manhattan will tend to make a person a little skeptical about a city bearing that title, so I was more than pleasantly surprised to learn that Portland is a Mecca of amazing cuisine, groundbreaking music, craft brews, and in short range of the best young Pinot Noirs grown and vintnered in the world today. In an interesting “big city meets down-home sensibility” sort-of-way, Portland offers a full palate of city pleasures while staying true to it’s roots as a town rich in eco-sensibilities and outdoor activities.

With athletic shoe monster NIKE headquarters looming in the distance, let’s start in “The Pearl”, Portland’s Art District/Hipster hang, with a breakfast worthy of the late Steve Prefontaine’s training regimine (if he wore black skinny jeans and drank Pabst Blue Ribbon while smoking Marlboro Reds, that is) – a giant maple-frosted doughnut sprinkled with crunchy strips of smoked bacon. Huh? Too rich for your blood? My bad. Then how about a yeast raised, sugar-glazed Captain Crunch covered one? No? I thought you said you wanted a Revolution? At Voodoo Doughnuts that’s exactly what you’ll find, in a creative doughnut-making sort-of-way. We have quite a day in store for us, so go ahead, have two, and wash them down with a delicious coffee from anywhere but Starbucks if you want to do as the locals do (“uhm that would be Seattle, and we’re Portland?” was the answer I got).

We will come back to the downtown area later, but right now we are headed out to wine country. And no we aren’t driving bro-mance style to Sonoma in a beat-up red Saab. I’m talking about the Williamette Valley (here it’s pronounced ‘will AM it’, with the accent on the second syllable). World-reknowned for making some of the best Pinot Noir wines in the world, this amazing countryside is only a short drive outside city limits and offers a unique opportunity to learn about the ties this region has to the French region of Burgundy, France.

Only slightly more odd than our Voodoo doughnut experience is the fact that our tour guide and Burgundy/Pinot Noir afficianado is the former radio personality “Shadow Stevens”. Once “the most-listened-to radio personality in America”, he is now living a second life as one of the premier Pinot Noir makers and Burgundy importers in the United States.

His real name is Scott Paul Wright and his passion for the wine, land and people of the Burgundy region of France turned out to be a key factor in his ability to produce artisanal Pinot Noirs here in the New World. Our visit to the Scott Paul Winery tasting-room in the small town of Carlton, Oregon left me saying “wow, I didn’t know that” more times than I care to admit (Burgundy is the region, but the grape used in Burgundy is Pinot Noir, for instance) and afforded us a chance to taste Premiere Cru wines from the Burgundy Region and compare and contrast them to Scott’s rich-Oregon-soil version.

One thing that Scott’s presentation doesn’t offer is a chance to view the actual grapevines, so to complete the experience we head next to nearby Sokol Blosser Winery for a tour of their production facility and sprawling vineyards. The rolling hills and endless rows of grape-clustered vines are truly breathtaking, and gave me a good understanding of the great sense of pride this region has for their unique “terroire”.

For sustainance during our tours of the vineyard, we packed a nice picnic lunch of fresh, delicious sandwiches made with home-made breads from Bridgeport Brewery in downtown Portland. But alas the fresh air and awe-inspiring countryside work up quite an appetite, so it’s time to head back into the city for a culinary experience sought out by numerous New York Times food critics, at the Food and Wine magazine-acclaimed “Le Pigeon” (2007 Best New Chef).

In the Pearl District, restaurants tend to take pride in using fresh, local ingredients, support sustainable farming practices, and have direct access to the superior seafood of the Pacific Oregon coast, but at young phenom Chef Gabriel Rucker’s Le Pigeon, things ascend to the next level. Sitting at the bar as Gabriel personally whips up meals like Sous Vide \cf1 Foie Gras & Avocado Terrine with lemon brioche and cherry tomato jam, or Flatiron Steak with duck fat potatoes and bone marrow is truly a privelege, but you’d never know it from how cordial and informative Chef Gabriel is while in a full-on cooking frenzy. I’m not sure what Portland has going on with the other white meat, but again it showed up in a dessert, lending savory to the Honey Bacon Apricot Cornbread topped with maple ice cream. It was a record-high 107 degrees in Portland on this perfect day, but even the heat couldn’t oppress this thoughtful and scrumptious dessert.

If you are getting the feeling by now that Portland plays by it’s own rules, than I am doing it justice. As a Jazz enthusiast and moonlighting musician, I was overwhelmed to find a Jazz venue better than any I’ve visited or written about in Manhattan or Miami, where once again the Oregonians are doing it their way. Jimmy Maks is one of the best places to hear live Jazz in the USA, hands down. The Portland music scene is experimental and groundbreaking by nature, and on the night I visited Jimmy Maks I had the honor to experience Go By Train, with the talented guitarist Dan Berber at the healm. Dan, forgive me if my write-up doesn’t quite fit you right, but to me it seemed like you were somehow channeling Joe Satriani into an alternative Jazz-fusion, cosmic blend.

There is one thing I really want to convey to you about Portland. The people mentioned in this article are critically-acclaimed and world-reknowned, and I walked up to every one of them as a total stranger and had warm, heartfelt conversation with each of them, as if I were family. Compared to the showy vibes of the likes of L.A., Manhattan, and Miami, what I found so appealing about Portland was the unassuming nature of the people who seemed to have unknowingly created a city with some of the best culinary/artistic/musical expressions in the United States.

In one day: hipster-voodoo, the Burgundy region of France, maple-pork madness and city finery, without leaving the “often missed by the right coast” city of Portland.

TABLE OF CONTENTS show
WHEN TO VISIT PORTLAND
Traveling To Portland Soon? Here are a few tips:
Portland Trip Essentials
6 Indispensable Items to Pack for a Portland Vacation
Read More About Portland
2018 Feast Portland, Oregon Five Portland Breweries to Visit on Two Wheels 52 Ways to Enjoy Chocolate in & Around Portland

What to pack: The temperatures each season vary greatly. I visited in July and was very happy to have a pair of Jeans, a tank top and sunglasses. for the beautiful summer days in Portland. If you are visiting in Winter, you’ll want to bring heavy-duty layers and scarfs. While the summer months can be gorgeous, rain is an option year-round in the Pacific Northwest, so packing a hoodie, rain jacket 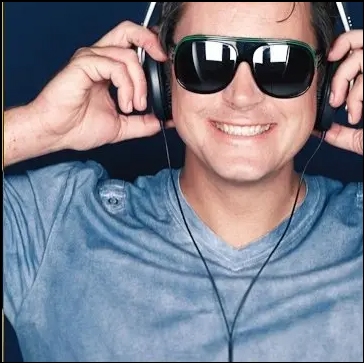 Joe Teskie is a freelance internet development and marketing consultant by day, and moonlights as a DJ, percussionist and freelance writer by night. He has traveled extensively in Asia and the United States as well as the Dominican Republic, Mexico and Colombia, and has lived in WI, TN, CA, Japan, MD, VA, NYC, and now Miami, FL. A self-proclaimed “foodie”, Joe has had the pleasure of “insider-tip” eating at many of the world’s best eateries (both expensive and in back alley’s alike).

About the Author Joe Teskie

Joe Teskie is a freelance internet development and marketing consultant by day, and moonlights as a DJ, percussionist and freelance writer by night. He has traveled extensively in Asia and the United States as well as the Dominican Republic, Mexico and Colombia, and has lived in WI, TN, CA, Japan, MD, VA, NYC, and now Miami, FL. A self-proclaimed “foodie”, Joe has had the pleasure of “insider-tip” eating at many of the world's best eateries (both expensive and in back alley’s alike).
Vimeo