Frank Lloyd Wright is one of the most important architects of the 20th century. His works and style are unmistakable. During his lifetime he designed more than 1,000 structures; some private homes like “Fallingwater,” and some are public structures like the Guggenheim Museum.

Completed in 1918, the historic Allen House, now called the Frank Lloyd Wright Allen House Museum and Study Center, is the only Frank Lloyd Wright home built in Kansas. Located at 225 North Roosevelt in Wichita KS, the house was built for Henry Allen and his wife, Elise. Mr. Allen was a senator, a two-term governor, and a newspaperman.

The house was put on the National Register of Historic Places in 1973 and 2018 marked the 100th anniversary of the building of the Frank Lloyd Wright Allen House. 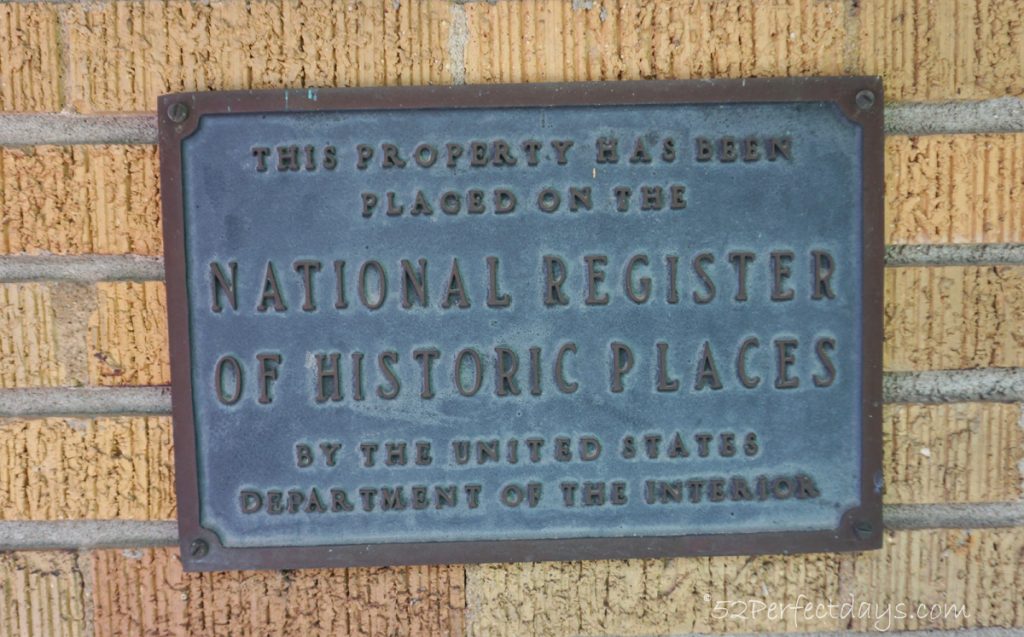 One thing that makes this house particularly important is that it was one of the last houses that Wright built in what is called the “prairie school” style.

It can be said that the “prairie style” and the “Arts and Crafts Movement” styles both emphasized handcrafting and craftsmanship that developed as a reaction to the “assembly line” mass production of many houses in this period. Wright wanted American house designers to stop borrowing elements from European architecture.

Looking at the Allen house from the outside you first notice the long horizontal line that stretches far from the left of the house to far beyond the right of the house. This long line separates the first and second floor. You also notice, in addition to the bricks, the unusual four-sided hip roof. It is a Japanese style brick tile roof. Wright used this design because he was working on designing the Imperial Hotel in Tokyo at the same time. 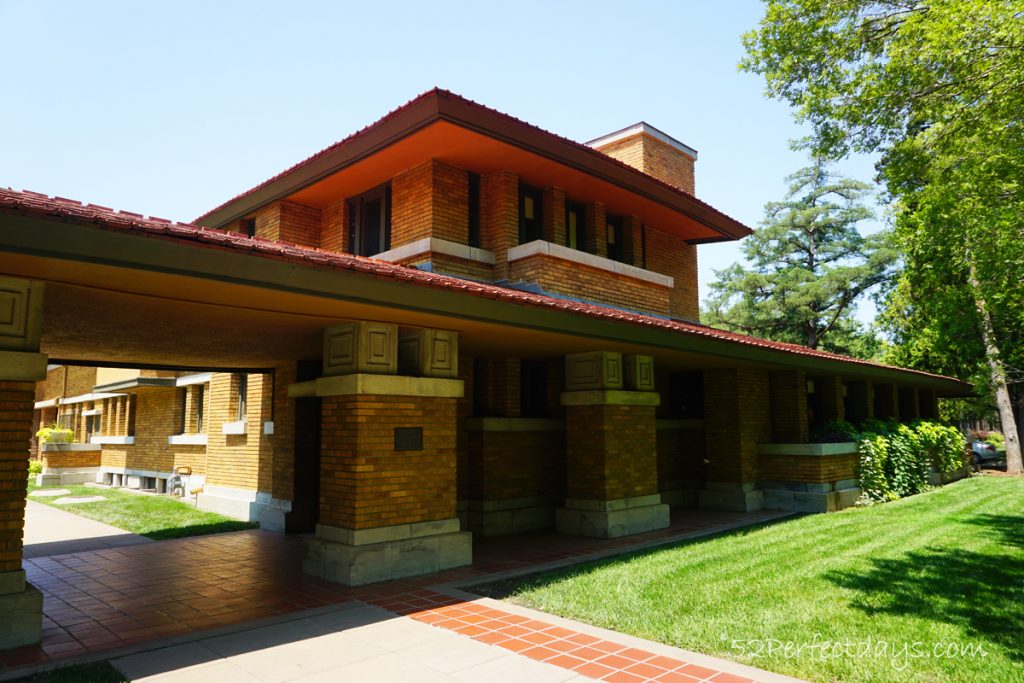 Wright thought of everything and designed for everything. He believed that “form and function are one,” which means that the structure and its use deserve respect.

As you move inside, you realize that the Allen house is truly a luxurious Wright house. He loved creature comforts: there are five fireplaces and five bathrooms (at this time in history the average house had one bath or one and a half baths).

Wright and George Mann Niedecken designed some 30 pieces of furniture specifically for the Allen house. All of the furniture is made of American walnut, and all of the “art glass” is original. Frank Lloyd Wright windows or ‘stained glass’ are another signature element in his home designs.

The house was built to “compress and release.” This means that as you leave one room it gets architecturally smaller. And at the same time, the room you are entering gets bigger: this is the “release.”

The house is dramatic in a number of ways. With the use of brick, the outside surroundings are brought inside. The living room was built so that it feels as if it extends to the outdoor patio and farther to the garden: this makes the living room seem even bigger than it is. 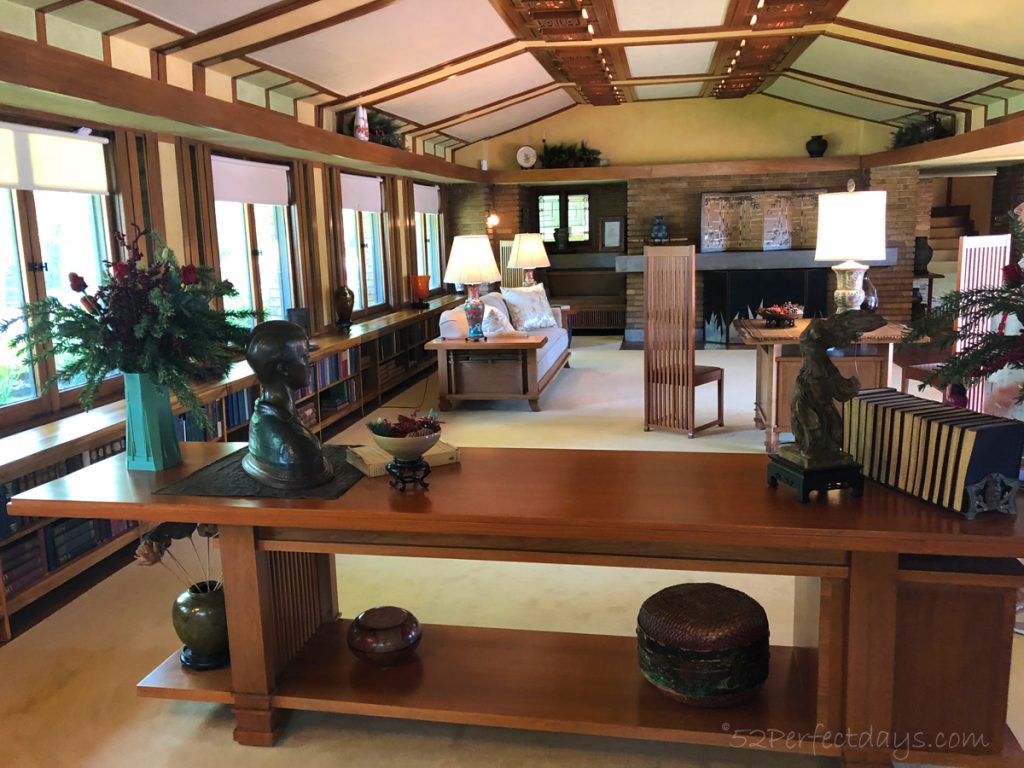 One of the most noticeable components of Wright’s houses, including the Allen house, is his signature use of horizontal lines. What was so important about horizontal lines to Wright? It is because the horizontal lines of his structures mirrored the wide and flat prairie land of America’s landscape. 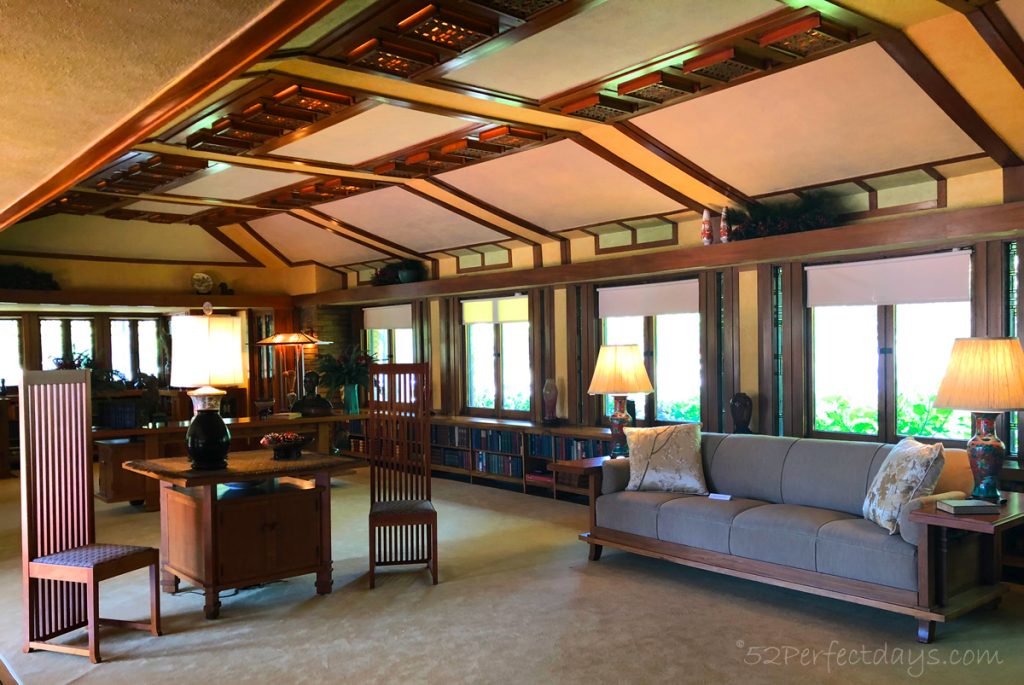 Here are some of the details of the Allen house that show how Wright was a forward thinker:

Here are some other things that make the Allen house a special Wright-designed structure:

The second floor consists of:

“An attempt at integration with the landscape” simply means that he wanted his designs to be in harmony with nature and the area surrounding the structure. In his belief that a house should be a companion to the horizon, he used straight lines to echo the American prairie, and, as seen in the Allen house, he used all natural materials including three colors of brick to blend nature and its surroundings to achieve one of his last and greatest “prairie style” houses. 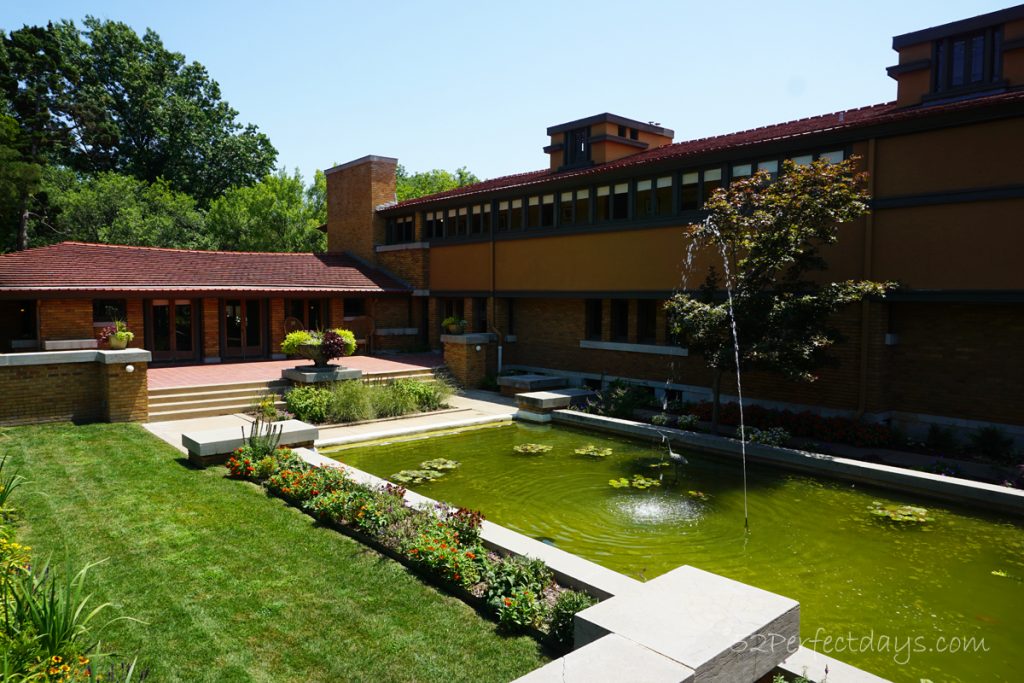 The tour of the Allen house has been described as one of the top ten of Wright home tours because of its restored condition and the great number of original furnishings. Some professionals describe the Allen house living room as “one of the great rooms of the 20th century.”

Here is a blueprint of the layout of the Frank Lloyd Wright house plans for anyone who wants a deeper look at the house.

Wright considered the Allen house to be “among my best.”

To visit the Allen House you must take one of the guided tours (and reservations are recommended). The tour of the Allen house is the best way to see all of the details that show he was very much ahead of his time. The Allen House Foundation offers several guided tours that are quite informative:

You can learn more about the Frank Lloyd Wright Allen house and other fun things to do in Wichita at the Visit Wichita website.

Fun Things to do in Wichita With Kids 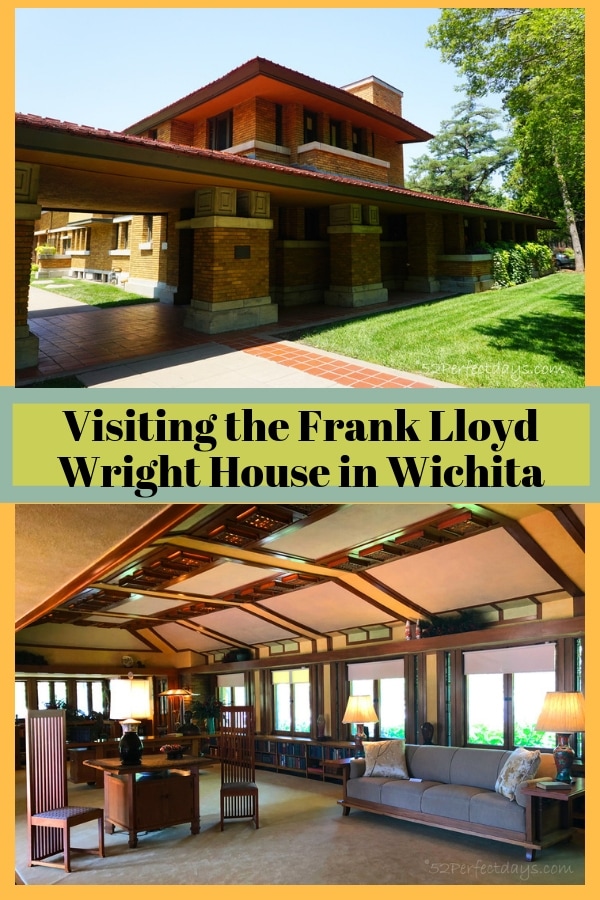 Have you visited a Frank Lloyd Wright home? Please tell us about it in the comments below!