Five Off The Beaten Path Places on Hawaii’s Big Island 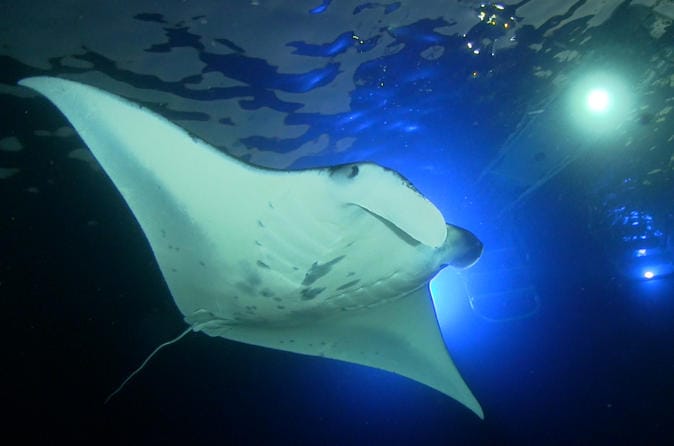 Ah, Hawaii. Even the word conjures images of magnificent beaches ringed by azure water on one side and verdant cliffs on the other, with the native Polynesian culture and traditions that lend an exotic flavor not to be found anywhere else in the U.S. I’ve searched for the top five off-the-beaten-path adventures not to be missed on the Big Island.

Of the eight major Hawaiian islands Oahu and Maui are the most popular, making it easy to overlook the largest island that is home to an astonishing array of topography and diversity–aptly called the Big Island.

With eleven different climate zones that create everything from lush rain forests to arid deserts and black sand beaches to snow-capped mountaintops, the Big Island is Hawaii’s playground.

Save Big on Your Hawaii Vacation

Check out the Top Tours & Day Trips from Oahu, Hawaii

Read Reviews of the Best Hotels in Oahu on TripAdvisor

1. See an Active Volcano by Sea

The Big Island is home to one of the most active volcanoes in the world, Kilauea. Legend has it that Pele, the goddess of creation, was driven from island to island until she found sanctuary in Kilauea.

When she is displeased, lava eruptions flow freely, as they have been doing for the past one hundred years. The constant lava flow has added almost five hundred acres of new land, and the island is still growing every day.

Seeing an active volcano with lava visibly flowing from it is an experience not likely to be forgotten, and its best vantage point is from the sea, as day turns to night and the newest land in the world begins to glow with an inner fire. The lava flows from the caldera more than 3,700 feet to the coast, where it drops off into the ocean with enormous fury.

Just before twilight, spectators gather in the dozens and sometimes hundreds on a nearby cliff to watch Mother Nature’s show of epic proportions. But nothing gets you as up close and personal as a boat.

As the sun sets in a magnificent orange and pink glow, Captain “Lava Roy” Carvalho races passengers over the waves to where the lava meets the ocean in a hissing, steaming battle. As Captain Roy expertly navigates to within a hundred yards of shore, you have first-row seats to the explosive ballet as liquid lavafalls meet the surging sea.

A boat isn’t necessary, however, to get up close and personal with Pele. At Hawai’i Volcanoes National Park, visitors can view the Kilauea crater from a prime overlook, as well as tour the adjacent Thomas A. Jaggar Museum.

Excellent hiking trails are throughout the park, and visitors can walk through the Thurston Lava Tube, an extinct lava tunnel once created by flow from Kilauea. By car, The Chain of Craters Road provides a forty-mile drive that takes about three hours round-trip and offers spectacular vistas of both the volcano and its surrounding rainforest.

Numerous campgrounds are available within the park; but if roughing it isn’t your thing, you can also stay at the Volcano House hotel, where Mark Twain and Franklin Roosevelt were once guests.

The Big Island has a unique selection of beaches and one of the most unique eco-systems in the world, filled with diverse life including green sea turtles, humpback whales, spinner dolphins, and giant manta rays. All kinds of water activities are popular in Hawaii, from surfing, kayaking, and sailing to diving and snorkeling.

Combining some of these into one multi-sport adventure is sure to result in an incredible day. A popular trip is to kayak the mile and a half across Kealakekua Bay to the Captain Cook Monument, inaccessible by car, and spend the day there snorkeling or diving.

With its calm sheltered water, extensive coral reef, and abundance of underwater life, Kealakekua Bay provides superior snorkeling and diving year-round. Spinner dolphins frequent Kealakekua Bay, and large sea turtles often lounge in the shallow waters offshore. One of the most amazing, almost mystical ocean encounters one can have anywhere is night diving or snorkeling with the giant manta rays.

The Travel Channel calls the Manta Ray experience one of the “Top 10 Things to Do in Your Lifetime.” Just off the Kona Coast, a community of the rays feeds on plankton just offshore each night, drawn by the lights that spill out over the water from the Sheraton Keauhou Bay Resort.

The creatures are gentle and non-territorial, with no barbs or teeth, gliding silently through the waves as if flying with their wingspans of up to twelve feet. The phosphorescence of the plankton gives an eerie bluish-white glow to the graceful rays, with their whale-like mouths open wide to screen the plankton through.

4. Stargazing from the Snow-Capped Peak of Mauna Kea 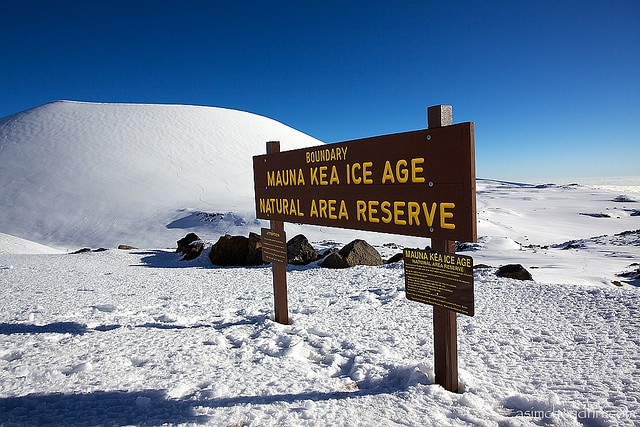 While tropical beaches are immediately identifiable with Hawaii, it’s hard to imagine that just a short drive away is a snow-topped mountain. Mauna Kea is a dormant volcano that, from its base at the bottom of the Pacific Ocean, is higher than Mount Everest.

The summit of Mauna Kea hosts the world’s largest astronomical observatory, with a combined power sixty times greater than the Hubble Space Telescope. Free nightly stargazing programs are conducted at the observatory’s Visitor Station every night of the year, and several operators provide summit tours that take you past the observatory to the icy peak of this incredible tropical phenomenon.

5. Explore the charming arts and culture in the town of Holualoa

Days pass slowly in the artist’s retreat town of Holualoa, a hidden gem fifteen minutes up a winding mountain road from the main coastal highway on the Big Island. Steeped in natural beauty and tradition, this little mountainside coffee town blends artists and musicians with funky shops and eateries, making for a terrific day stroll.

What Off The Beaten Path Places on Hawaii’s Big Island have you visited?

When to Visit the Big Island, Hawaii

Best Times to Visit Hawaii – The Big Island. The best time to visit Hawaii’s Big Island is between September and November. That’s when the island’s generally reasonable room rates take the most significant plunge.

The busiest time on the island is around the Christmas holidays, New Year, and Independence Day in the U.S. Many families also visit the island during the summer months while their children are out of school. These busy months all mean increased demand and higher prices island-wide.

The best time to visit Hawaii’s Big Island is between April, May, September, September and November. That’s when the island’s generally reasonable room rates take the most significant plunge as the weather is gorgeous. If you’re planning to visit during the winter months, you will have the opportunity to see humpback whales that migrate every year from Alaska to mate, calve, and birth their young.

Traveling To Hawaii Soon? Here are a few tips:

How to get there: The Big Island (officially named Hawaii) is the largest island of the Hawaiian islands. The only way to travel to Hawaii is by cruise ship or airplane. There are two airports on the big island; Kona International Airport (KOA) in Kona to the west, or Hilo International Airport (ITO) in Hilo to the east. Most visitors arrive in Kona. There is also the option of flying into Honolulu International Airport (HNL) on Oahu first and then taking a short, 35-40 minute flight to the island of Hawaii.

Where to stay: There are many places to stay in Hawaii. There is a wide range of hotels, from budget to luxury. For a luxury hotel that won’t break the bank, I recommend the Montage Kapalua Bay, which is currently the #1 hotel on Tripadvisor.

For a mid-level hotel, I suggest the Sheraton Maui Resort & Spa  Finally, for a budget hotel, try the Hilton Waikiki Beach You can also check HotelsCombined for the best Hawaii Hotel Rates.

What to pack: The temperatures each season vary, but even in winter, it can be warm and you should always prepare for rain. You will want a waterproof outer layer, rain jacket, and travel umbrella.

You’ll also want a good pair of walking shoes (I love Keen). If you are visiting in Winter, you’ll want to pack layers including a light sweater or scarf. Don’t forget to bring Sunscreen!

6 Indispensable Items to Pack for a Hawaii Vacation

Shelley Seale is a freelance writer based out of Austin Texas, but she vagabonds in any part of the world whenever possible. Shelley has written for National Geographic, Globe Pequot’s Insider travel guides, CNN, AOL, USA Today and Andrew Harper Traveler Magazine among others. Her book, The Weight of Silence: Invisible Children of India, follows her journeys into the orphanages, streets and slums of India where millions of children live without families. Her mantra is “travel with a purpose.” She can be reached at shelleyseale.com.

About the Author Shelly Seale

Shelley Seale is a freelance writer based out of Austin Texas, but she vagabonds in any part of the world whenever possible. Shelley has written for National Geographic, Globe Pequot's Insider travel guides, CNN, AOL, USA Today and Andrew Harper Traveler Magazine among others. Her book, The Weight of Silence: Invisible Children of India, follows her journeys into the orphanages, streets and slums of India where millions of children live without families. Her mantra is “travel with a purpose.” She can be reached at shelleyseale.com.