In 1869, General William Jackson Palmer, a Civil War hero from Pennsylvania, first came to the area and described its “most enticing scenery.” He predicted that there would soon be a great resort town at the base of Pikes Peak. In 1871, the Victorian spa resort town Palmer envisioned became a reality. The city was soon nicknamed “Little London” because of the many English tourists who visited the area. Within a few years of founding Colorado Springs, Palmer built and opened The Antlers Hotel, located downtown on Pikes Peak Avenue, with the mountain serving as a spectacular backdrop.

Today, the scenery is just as enticing and can be best experienced by beginning your day with a brisk walk or hike amongst the jutting red rock spires of the garden deemed “fit for the Gods.” When you’re finished drive through the park and stop at the Garden of the Gods Trading Post for some authentic Colorado Springs shopping and even a tasty, lean buffalo burger at the café.

As you leave the park, you’ll come to the quaint mountain town of Manitou Springs. Peruse the unique shops and boutiques then make your way through Old Colorado City to finish filling your shopping bag.

Follow Colorado Avenue out of Old Colorado City right into the heart of the Colorado Springs historic downtown district. Here, you can still explore the nostalgia of days past with a glimpse at the town’s first settlers at the Pioneers Museum in downtown Colorado Springs. 2009 marks the 150th anniversary of the Pikes Peak or Bust Gold Rush and through September the museum is showcasing the Going for the Gold exhibit that commemorates this unique historic period. There’s also an amazing exhibit of multiple artists’ offering Pikes Peak interpretations via various mediums.

For some good ole’ vittles to warm yer insides stop by Flying W Ranch for a Chuckwagon supper followed by a western stage show from the world’s second oldest western singing group, the Flying W Wranglers.

Now that’s a day that is a true western adventure!

Fun Facts: The Pikes Peak region’s first inhabitants were American Indian people. The Ute, Cheyenne, Arapaho and other tribes gathered at the base of Pikes Peak, near its abundant springs and in what is now called Garden of the Gods Park. The Ute name for Pikes Peak, Ta-Wa-Ah-Gath, translates to “Sun Mountain Sitting Big”, for the way its slopes collect and reflect the sun’s rays.

At the turn of the century, inspired by a trip to the summit of Pikes Peak, Katharine Lee Bates penned what has become our nation’s most famous poem and song, “America the Beautiful.”

For more ideas of things to do in Colorado Springs as well as coupons go to www.VisitCOS.com! 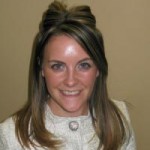 She handles media and community relations for ECS including generating awareness of and interest in Colorado Springs and the Pikes Peak Region as a leisure, business and event destination.

About the Author Chelsy Offutt

Chelsy Offutt, a Colorado Springs native, is currently the PR Manager for Experience Colorado Springs (ECS), the Convention & Visitors Bureau. She handles media and community relations for ECS including generating awareness of and interest in Colorado Springs and the Pikes Peak Region as a leisure, business and event destination.