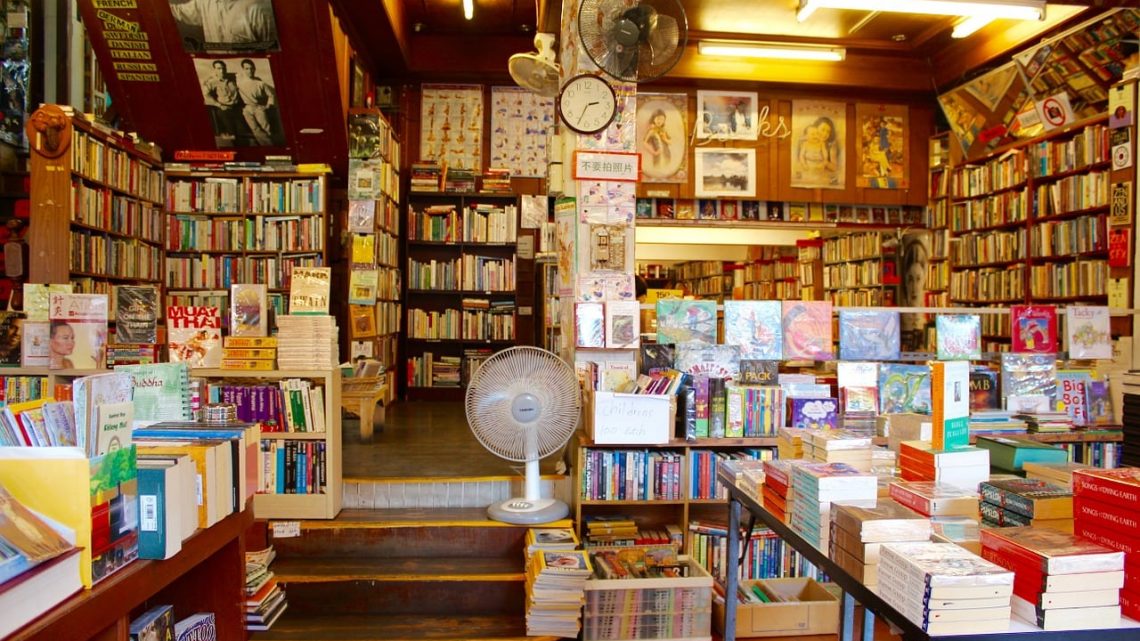 If you feel like traveling but you can’t get away, then get the next best thing: the feeling of traveling. By diving into some of the best travel books written, you will be transported to places and situations you just can’t get to at the moment.

If you are traveling at the moment, then what better way to supplement your trip and get you in the mood than an exciting travel book?

Below, I have listed some of the greatest travel books of our time. Prepare to blast off to another world no matter which one you pick.

TABLE OF CONTENTS show
Best Travel Books Ever Written
The Beach by Alex Garland
Eat, Pray, Love: One Woman’s Search for Everything Across Italy, India and Indonesia by Elizabeth Gilbert
Marching Powder by Rusty Young
Shantaram by Gregory David Roberts
Fear and Loathing in Las Vegas by Hunter S. Thompson
Into the Wild by Jon Krakaeur
Bolivian Diary of Che Guevarra
In a Sunned Burned Country by Bill Bryson
A Walk in the Woods: Rediscovering America on the Appalachian Trail by Bill Bryson
Under the Tuscan Sun: At Home in Italy by Frances Mayes
Enjoyed This Post? Pin It!
READ MORE TRAVEL INSPIRATION & TIPS

The Beach by Alex Garland 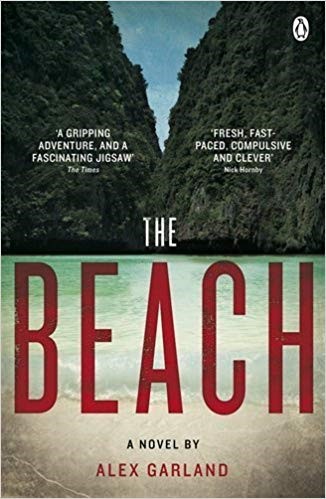 If you’re ready to go to Thailand for adventure, the kind that includes danger, then crack this page-turner. When you do, you’ll be taken to the streets of Bangkok through the eyes of Richard, a young American first-time traveler.

After some exploring and adventure in the city, Richard eventually makes his way with a few other travelers to an island marked on a map given to him by a strange man in Bangkok. There, a community of foreigners exists in what seems to be paradise. But after living with them for a while, Richard realizes that paradise fades.

Eat, Pray, Love: One Woman’s Search for Everything Across Italy, India and Indonesia by Elizabeth Gilbert 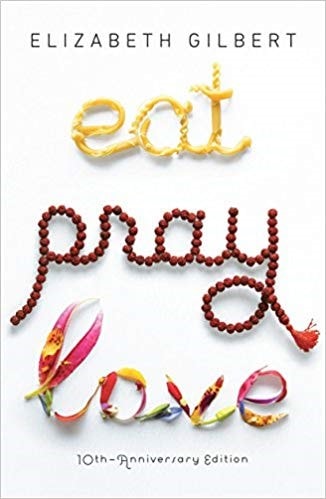 Travel becomes the savior for Elizabeth Gilbert in the memoir that became a wild bestseller. As the name implies, she is on a mission to eat, pray and, love her way around the world stopping in 3 distinct countries, Italy, Indonesia, and Brazil, to feast, meditate and explore passion.

The mission is, in reality, an escape from her life, which is unfulfilling and causes her panic and anxiety. So she leaves it all behind. 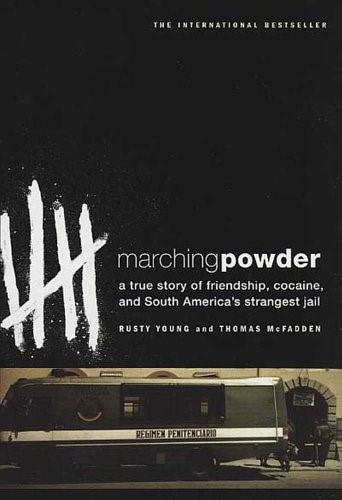 Due to drug crimes, Thomas McFadden was sent to San Pedro prison in Bolivia. Inside, this Englishman had two choices: thrive to survive or die away in a pit miles away from his home.

McFadden chose to thrive and began living quite an unexpected life behind the walls of a somewhat extraordinary out-of-the-norm prison. At one point, he even began leading tours there. But no matter what he did to get by, the fact remained that he was a foreigner in a foreign prison. 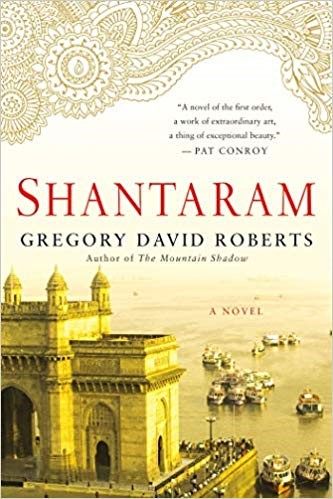 Some say this book is fact, while others say it is purely fiction. Either way, it paints a very authentic picture of India and more specifically Bombay and her surroundings.

The basic gist is a bank robber (Roberts) escapes from Australian prison and finds his way to India. There, as he struggles to find peace in his new home country, he meets a motley cast of characters and finds himself in numerous hairy situations requiring him to dig deep to overcome. Although, no matter how much he triumphed, he would still be a fugitive in his home country.

Fear and Loathing in Las Vegas by Hunter S. Thompson 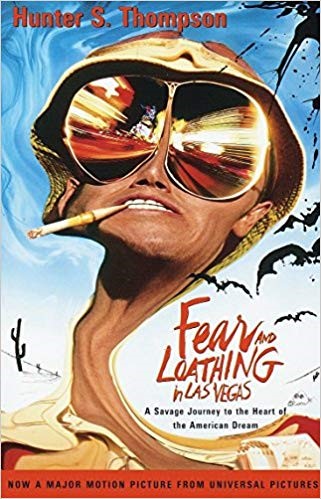 If you don’t have a cool-ass convertible from the ’70s and a lawyer with a briefcase full of party drugs, don’t worry. You’ll find all of these and more crazy stuff in this cult classic loved by the mainstream as well.

In it, you’ll be riding with the master writer Hunter S. Thompson himself as he heads to Vegas to do some writing. Unfortunately, he’s got a few obstacles throughout the book to contend with, one being a bunch of cops in the same hotel he and his drugged out lawyer are in.

Into the Wild by Jon Krakaeur 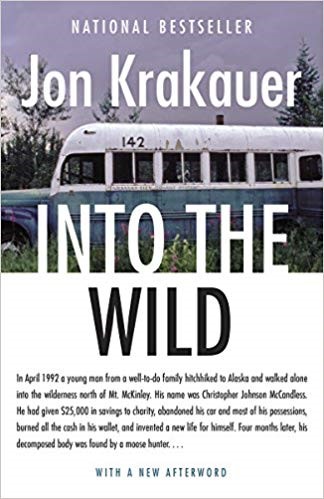 After graduating with top honors from university, Christopher McCandless decided to drop out of society and eventually make his way across Alaska, that is after giving his savings to charity. What he finds at the end may not be what he was looking for, but it was his destiny. 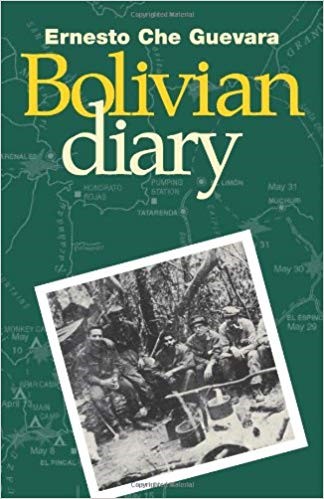 From day one, Che details his arrival to Bolivia with other Cuban revolutionaries. Their mission was simple: save the oppressed Bolivian people from the rich Bolivians who controlled all the wealth and resources.

The plan itself was also fairly simple: incite poor Bolivians in the countryside into rebellion against the state. What wasn’t so simple was how the days unfolded until his death at the hands of the Bolivian Army.

In a Sunned Burned Country by Bill Bryson 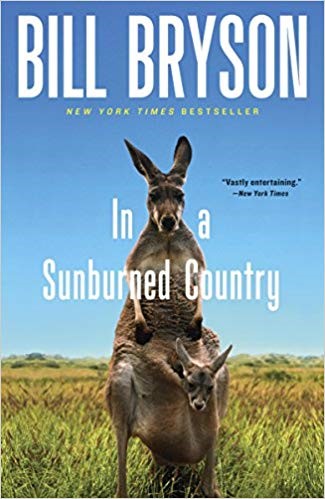 Bill Bryson does it again with a charming and insightful look at Australia, especially the not-so-famous parts. In the book, Bryson finds his way through the history of Australia as he goes through different locations around the giant island. Although comprised mainly of desert, Bryson flushes out the hidden gems of this country/continent and the not-so-hidden ones as well.

A Walk in the Woods: Rediscovering America on the Appalachian Trail by Bill Bryson 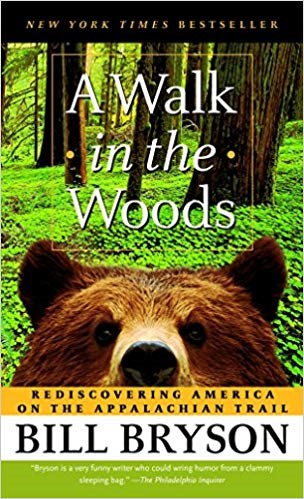 Another Bill Bryson masterpiece makes this list. Its attractiveness is found not only in the stories and tales Bryson weaves about his multi-day hiking trip into this vast and beautiful land, but also in his intense curiosity, which pairs well with his thoroughness.

Bryson was new to this type of extended hiking and so the reader shares along with his enthusiasm of discovery and unexpectedness as he traverses not only the Appalachian Trail, but also the journey of preparation needed to hike this trail.

Under the Tuscan Sun: At Home in Italy by Frances Mayes 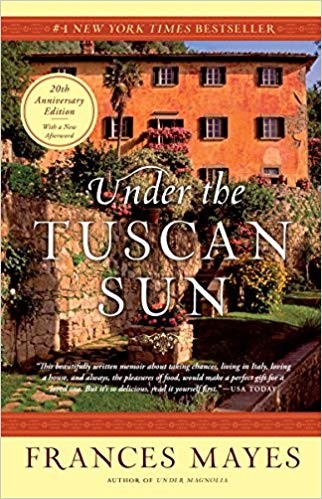 A couple spends their summers renovating an restoring an Italian villa to its glory. The process is challenging and the couple faces many obstacles along the way as they fight to understand the Italian way of life. Their ultimate mission: have their villa ready so they can spend each Christmas there while on break from their university jobs. The question is, will this couple be able to adapt to the culture sufficiently to make their dreams happen?

After finishing these selections, you may need to take a vacation from reading. If not, rest assured that there are plenty more books out there of exploration and adventure.

Do you have a favorite book that didn’t make the list? Please share in the comments below! 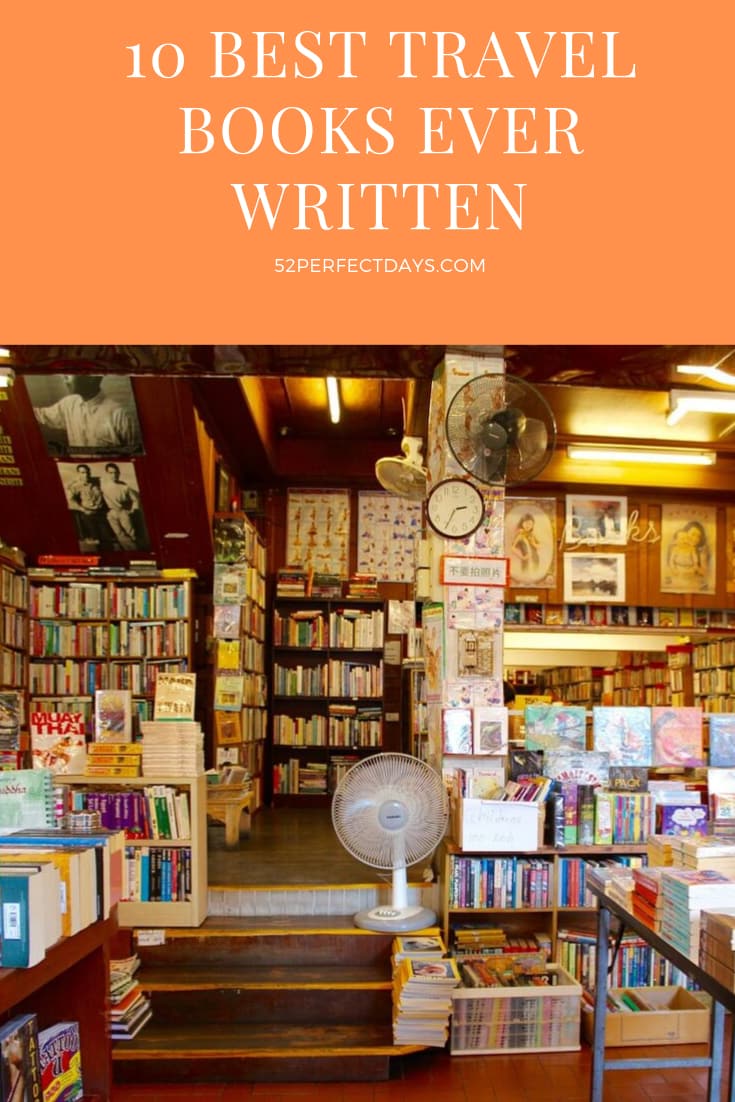 I hope you enjoyed the latest guide to the best travel books of all time! Hopefully, you found it useful. Here are a few more wanderlust-inducing articles that I recommend you read next:

Hayk Saakian is an entrepreneur and a software developer. He regularly keeps netizens up to date with the latest gadgets and writes comprehensive consumer electronic reviews, videogame articles, and in-depth tech analysis. He is always happy to share his thoughts on the latest tech advancements on his website hayksaakian.com.

About the Author Hayk Saakian

Hayk Saakian is an entrepreneur and a software developer. He regularly keeps netizens up to date with the latest gadgets and writes comprehensive consumer electronic reviews, videogame articles, and in-depth tech analysis. He is always happy to share his thoughts on the latest tech advancements on his website hayksaakian.com.